Dr. Raimondo Bruno is an Associate Professor in the School of Medicine at the University of Tasmania. His main research interests include the cognitive consequences of use of medications and illicit drugs; illicit drug market trends; and approaches to reduce the harms associated with substance use. He has active research collaborations with key national research centers in the substance use field and holds conjoint positions at Turning Point Alcohol and Drug Centre, and the National Drug and Alcohol Research Centre, University of New South Wales.

To call them synthetic cannabinoids is a tad misleading as natural cannabis is a plant-derived substance with hundreds of different active components, and we don’t actually know what all of the components are doing.

They are probably best thought of as synthetic cannabinoid receptor agonists in that they are designed from literature aiming to hit receptor sites, both the CB1 and CB2 receptor sites, particularly CB1 which is located most densely in the CNS.

Dr. Bruno introduces his talk on synthetic cannabinoids with an explanation of what they are, as they are referred to by several different names. 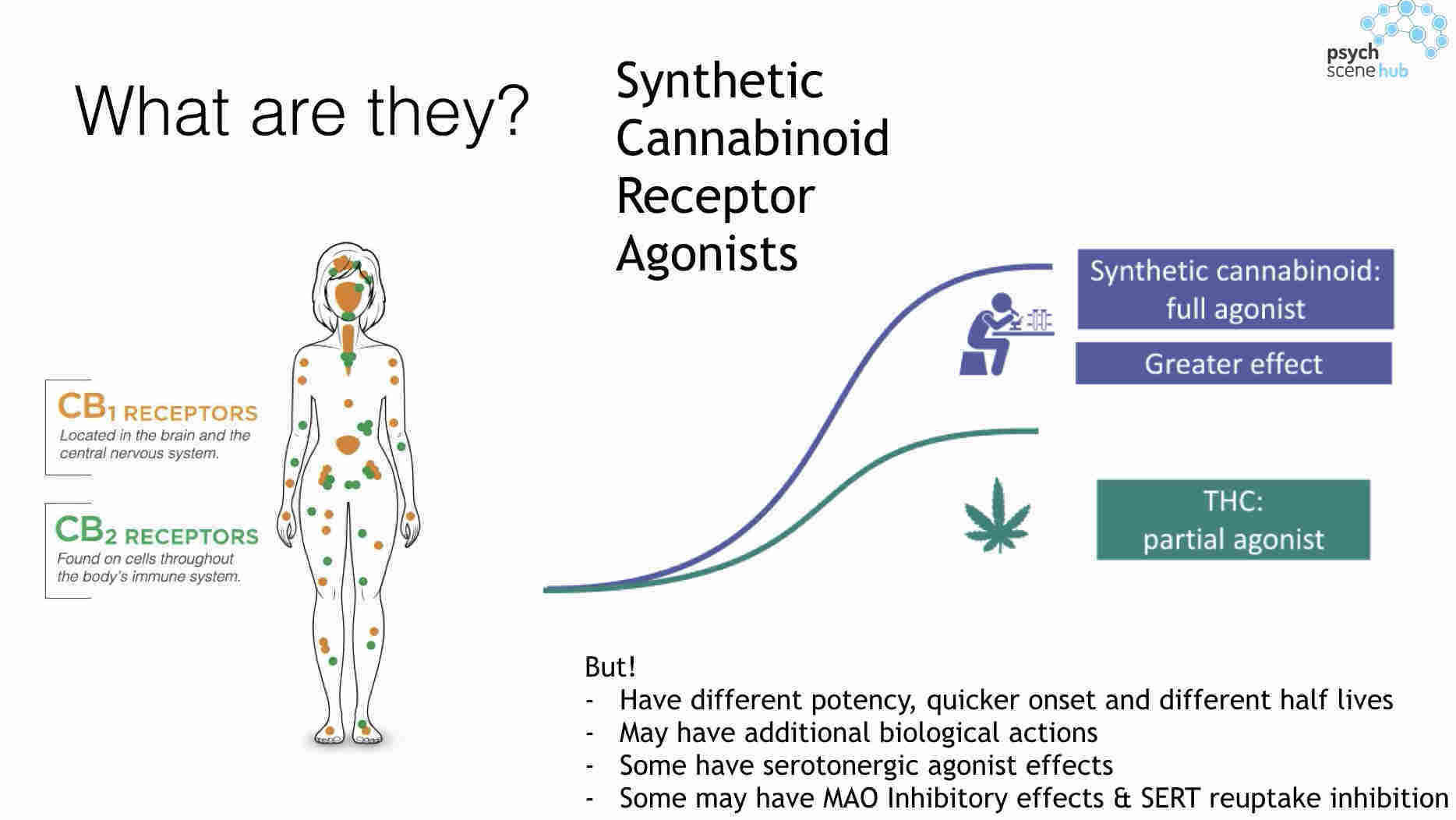 He discusses the off-target effects of some of the newer variants which have structural additions to the general backbone which fit well in serotonergic receptors. Moving on to where they come from, Dr. Bruno explains how they have been brought to market through hijacking basic science. 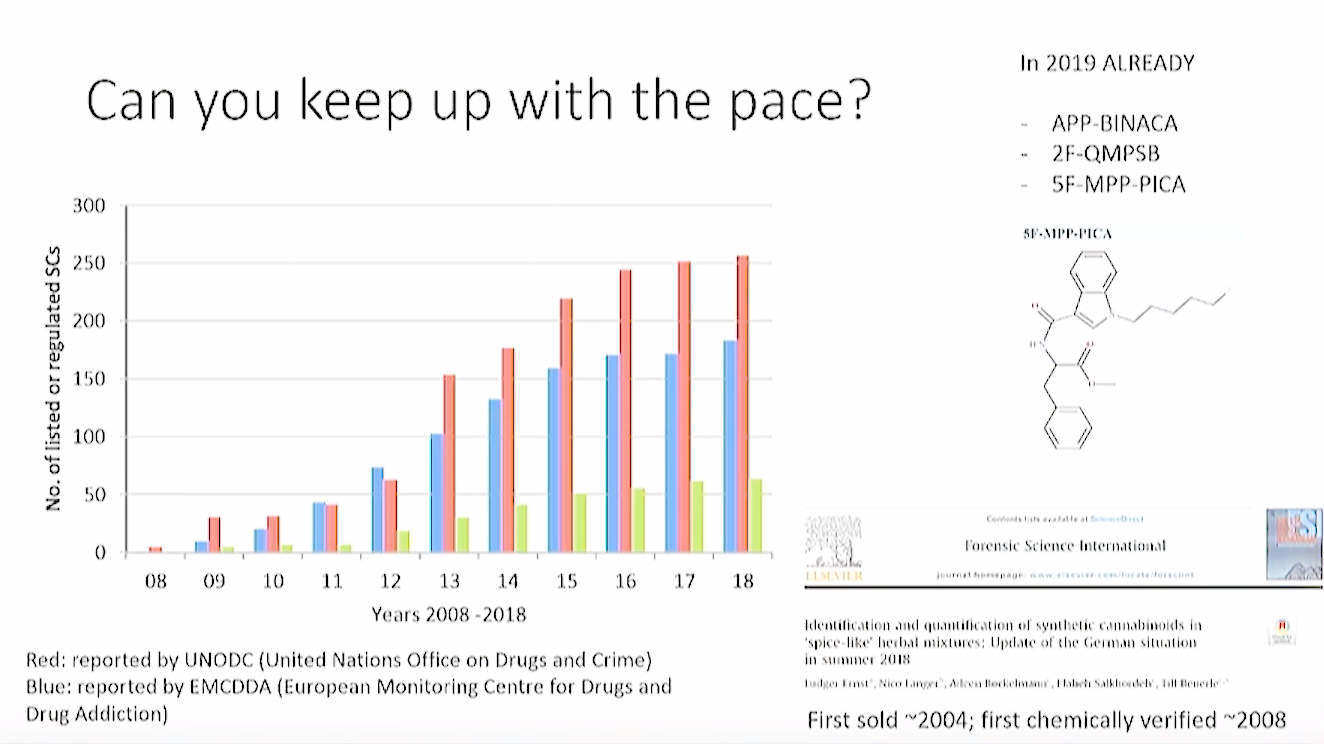 He goes on to show how the market moves quickly once a particular compound is identified and made illegal by governments, with a push towards every more potent variation as seen with genetically-grown natural cannabis. 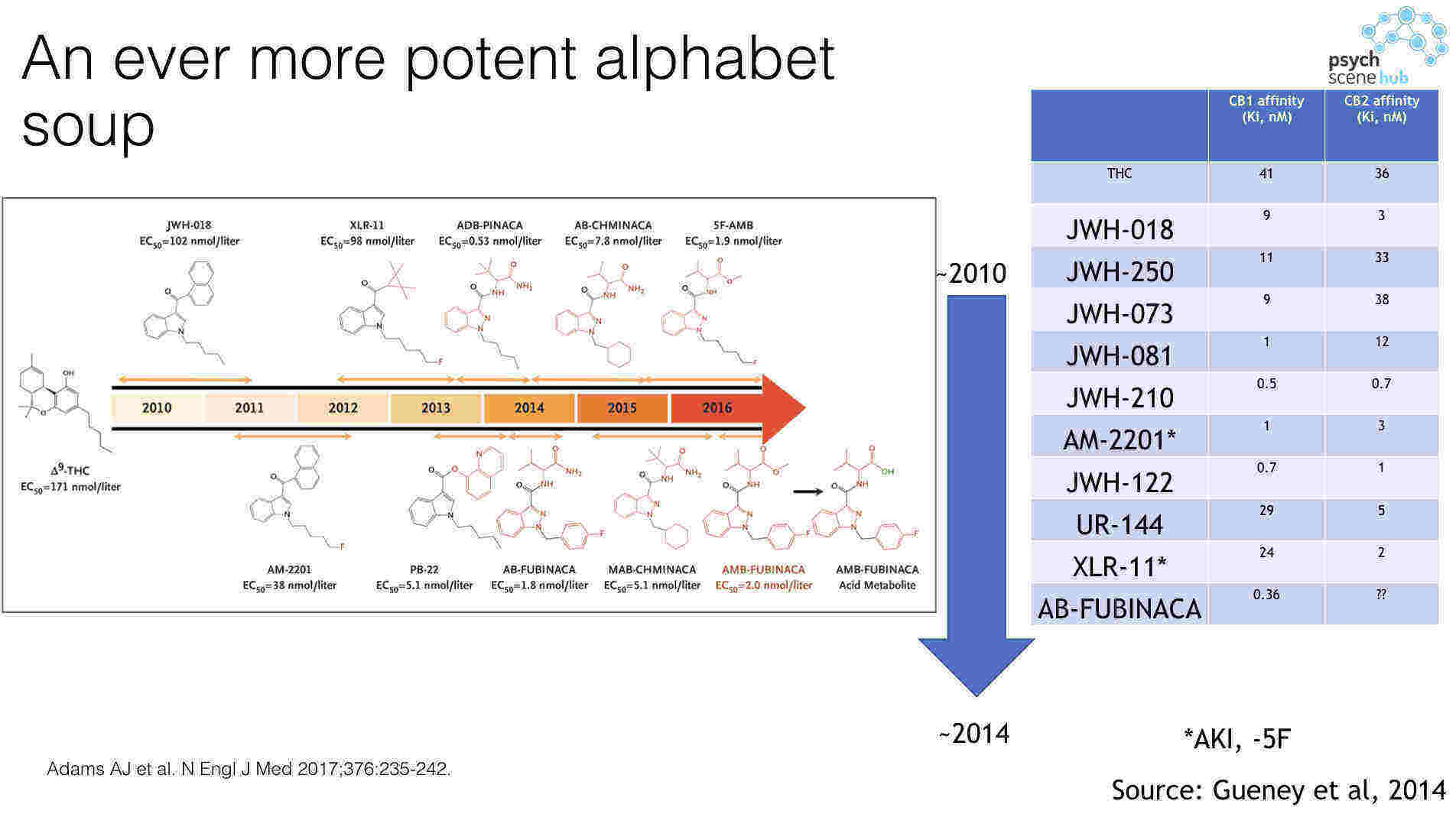 He takes a look at the prevalence of use in Australia compared with Europe and elsewhere and discusses the recent law changes which may be a factor in why we are not seeing higher numbers of use in Australia as yet. However, this legislation also has the effect of restraining scientific research. 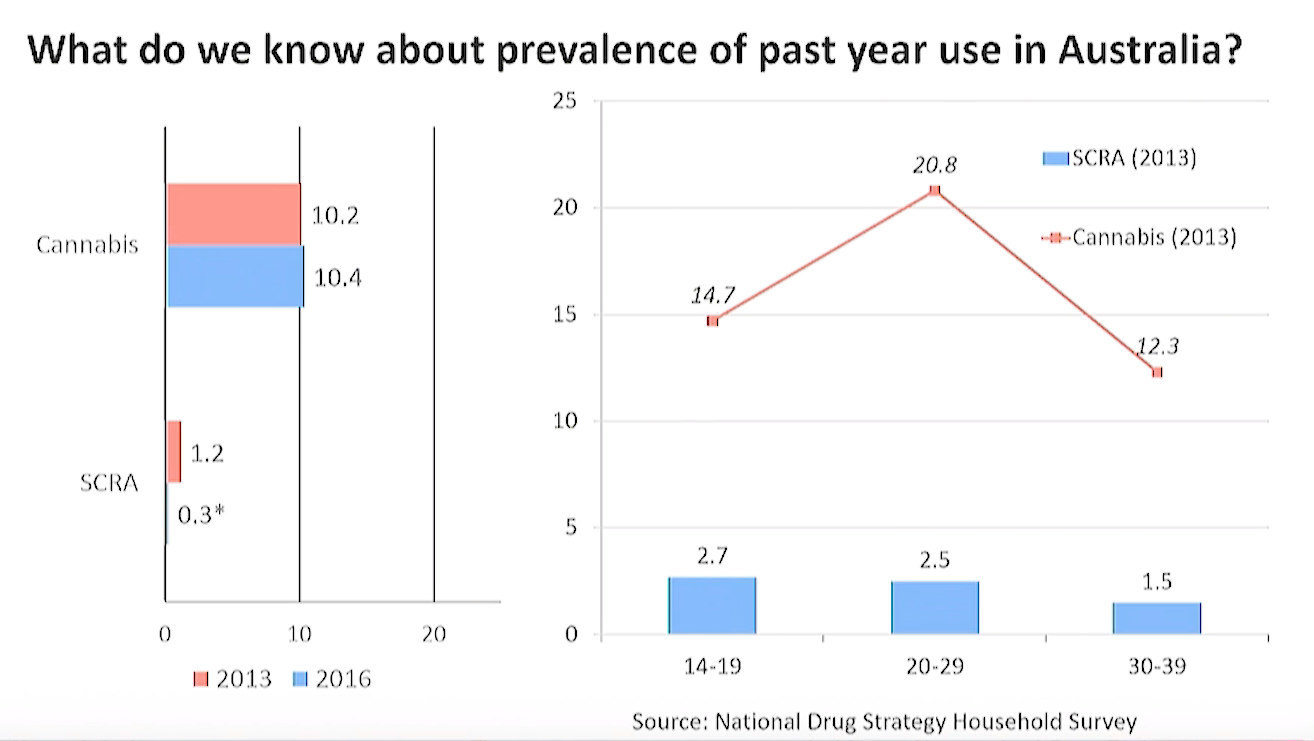 Dr. Bruno concludes this video excerpt with a look at how synthetic cannabinoids are presented in different forms of which “herbal incense” is the lion’s share of the market. 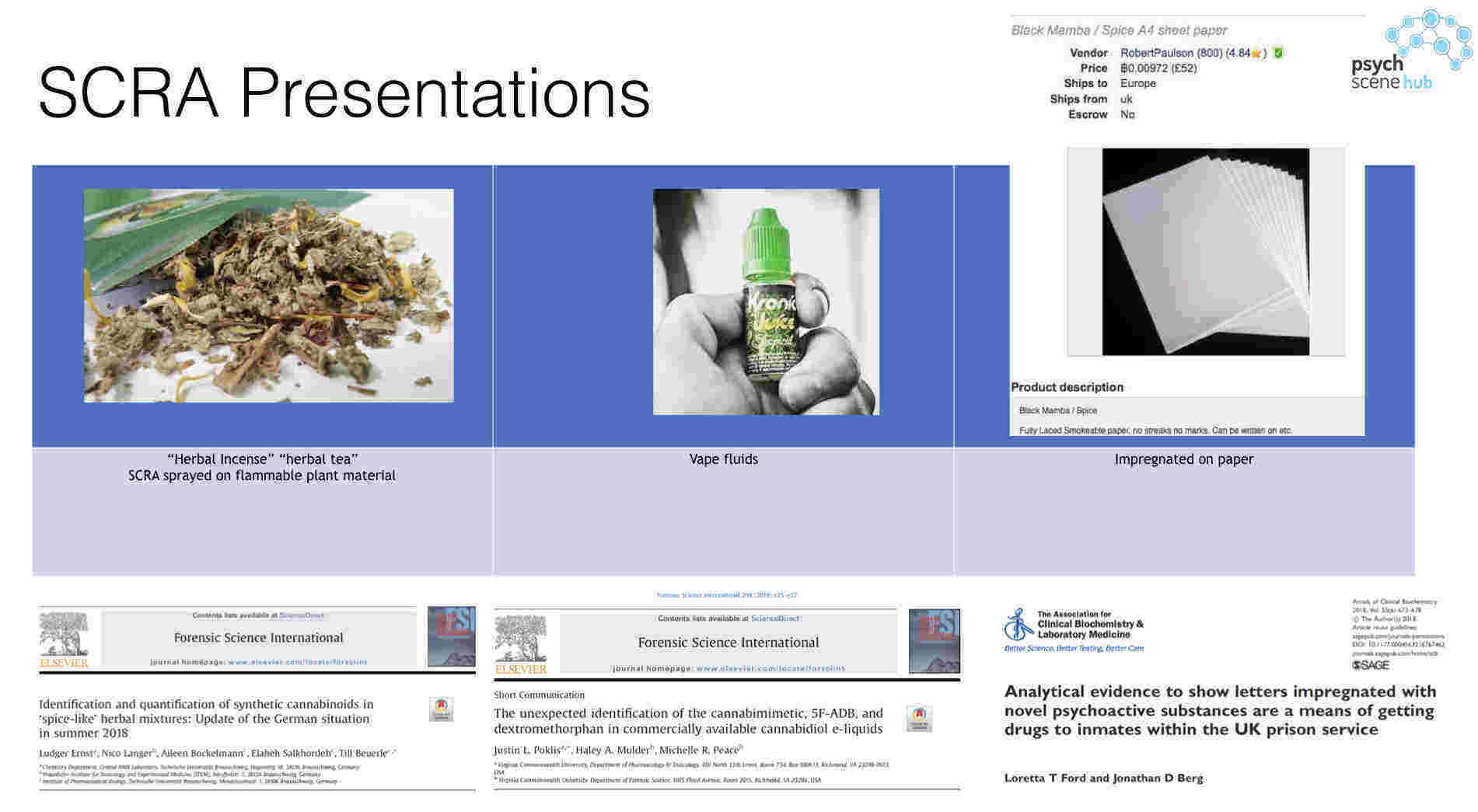