The Neurobiological Basis of Addiction – From Choice to Habit to Compulsion

Addiction is a chronic neurological disorder that involves the limbic cortico-striatal neural networks of the brain. During chronic drug exposure, there is a progressive neurobiological adaptation that promotes a loss of control over drug-seeking behaviour. Cocaine use, for example, is initially, for many, a voluntary choice that develops into a habitual goal-directed behaviour and progresses to compulsive cocaine seeking, despite serious negative consequences to the user.

In the beginning, it is the nucleus accumbens (NA) in the ventral striatum and its functional interaction with the basolateral amygdala (BLA) that are responsible for developing voluntary cocaine-seeking behaviour. The NA plays an important role in dopamine-dependent reward circuits that turn motivation into action, while the BLA provides positive consolidation of cocaine-associated memories with environmental cues.

Continued exposure to cocaine, however, causes neurobiological adaptations in the striatum, with control over cocaine-seeking habits passing to the anterior dorsolateral striatum (aDLS). This functional shift in neural control, from habitual to compulsive drug-seeking behaviour, is greatly influenced by drug-associated Pavlovian conditioned stimuli that induce drug-cravings and even relapses after abstinence.

However, the neural mechanisms that underlie this transition to long-term, compulsive drug seeking are unclear. To answer this, researchers from the University of Cambridge and the University of Poitiers have analysed amygdala-striatal circuits in rats that were trained to seek cocaine in an attempt to understand how long-term maintenance of maladaptive cocaine-seeking habits develop. 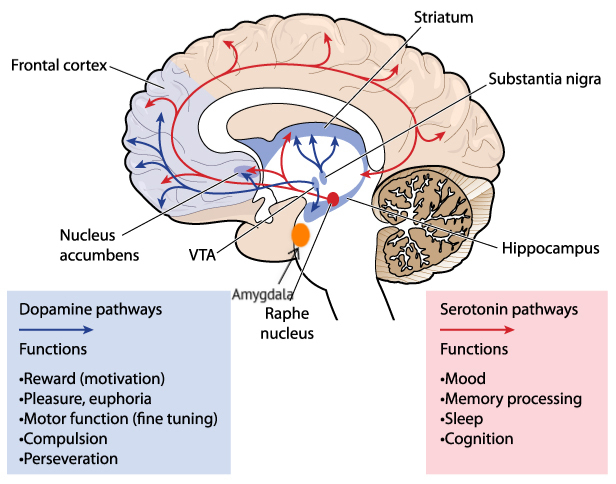 Manipulations of the amygdala-striatal network in Lister Hooded rats actually showed that the BLA and the central nucleus of the amygdala (CeN) were required to initially recruit the aDLS in the establishment of dopamine-dependent cocaine-seeking habits in these rats.

This research uncovers a novel neural circuit that would explain why chronic cocaine exposure results in involuntary and compulsive cocaine-seeking behaviour. In the establishment of any substance addiction, the BLA indirectly controls the aDLS through the NA. However, this new data suggests that chronic addiction causes a functional transition that directly links the amygdala to the aDLS. The end result is a robust and functional network that links motivational drug-associated environmental cues with a persistent and compulsive drug-seeking habit.

Addiction is a psychiatric disorder of which there are many theories on the interaction of the neurobiological mechanisms of aberrant learning and memory behaviour. However, it is strongly argued that addiction results from the pathological hypersensitisation of both drug-associated stimuli and drug-induced effects. 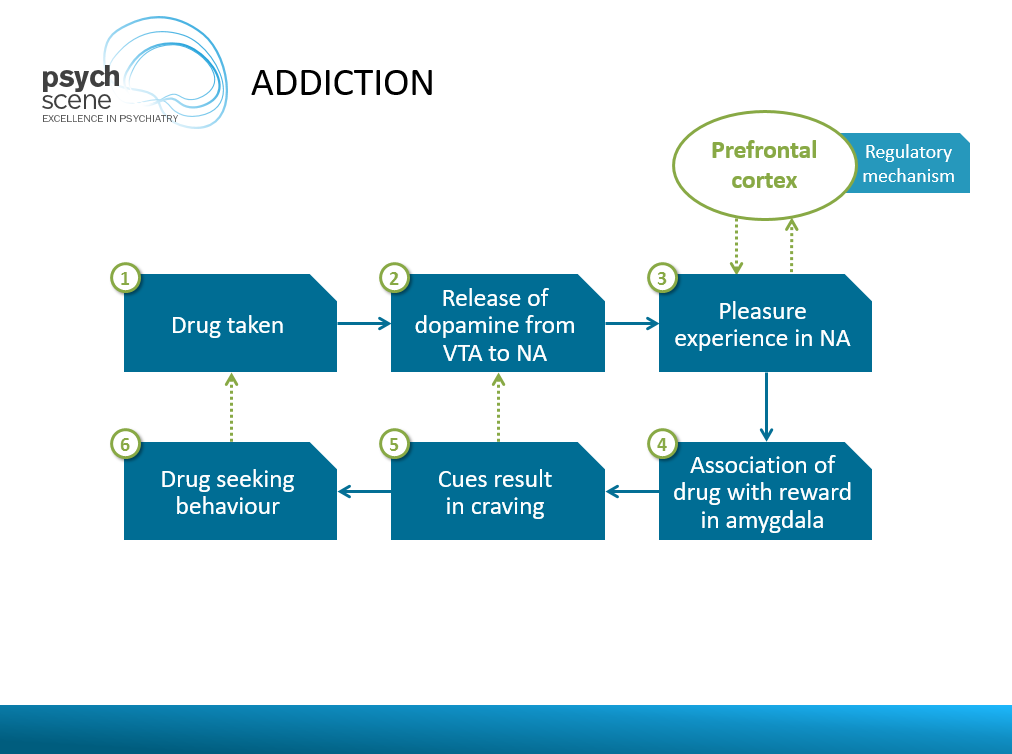 Treatment for chronic drug addicts presently involves cognitive behavioural therapy that attempts to breakdown the connection between emotional impulses and habitual behaviour. However, this new research would suggest that individuals who are compulsively addicted might not even be aware of the motivational cues and the subsequent impulsive actions that these cues elicit.

This study provides clear evidence that there is a functionally independent neural network that maintains drug-seeking behaviour in long-term drug addiction.

This new understanding of the interaction between the CeN and the aDLS in the control of addiction may aid the development of treatments that target compulsive drug-seeking behaviour.