Estrogen is a gonadal hormone that can exert powerful effects in numerous regions of the brain, consequently affecting mood, cognition, and behaviour.  We covered the neurosteroidal effects of estrogen in this post.

Women with schizophrenia show a lower level of circulating estrogens. It is only in females that there is a second peak in incidence of schizophrenia (40-50 yrs) which is attributed to decreasing estrogen levels. [1] 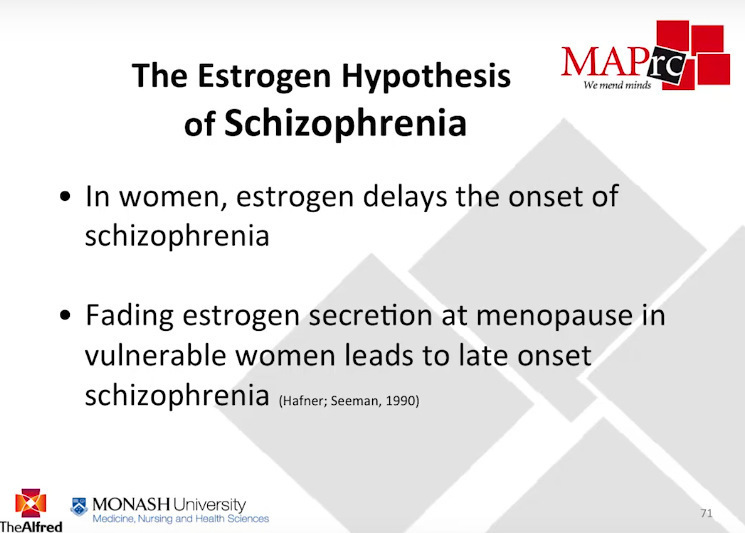 Estrogen is thus, thought to be protective for the development of schizophrenia. Some studies have specifically shown an inverse correlation between circulating estrogen levels and symptoms of schizophrenia, particularly the positive symptoms. [1] 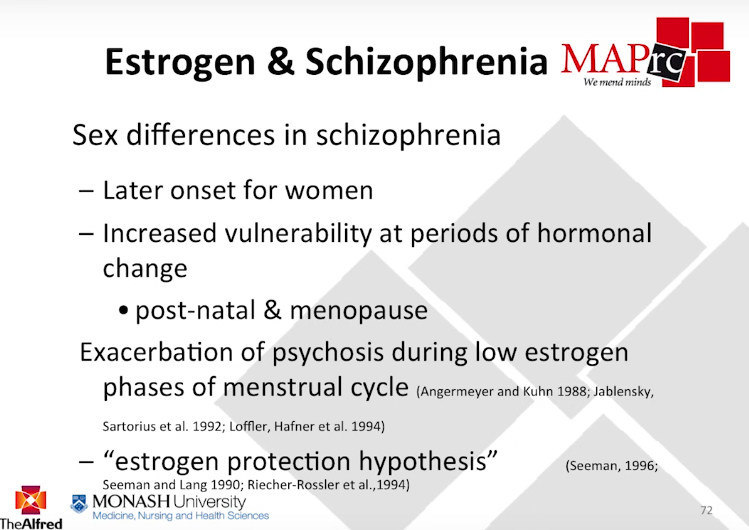 Estrogens act on various parts of the brain and have excitatory and inhibitory effects on various neurotransmitters. As a neurosteroid it also facilitates neuroprotection.

Estrogen receptors ERα and ERβ are widely distributed in the brain with ERα situated in the hippocampus, hypothalamus, amygdala and brain stem. 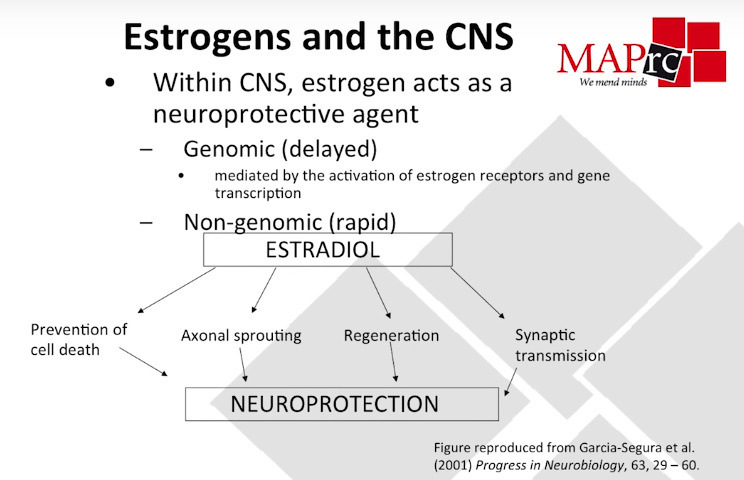 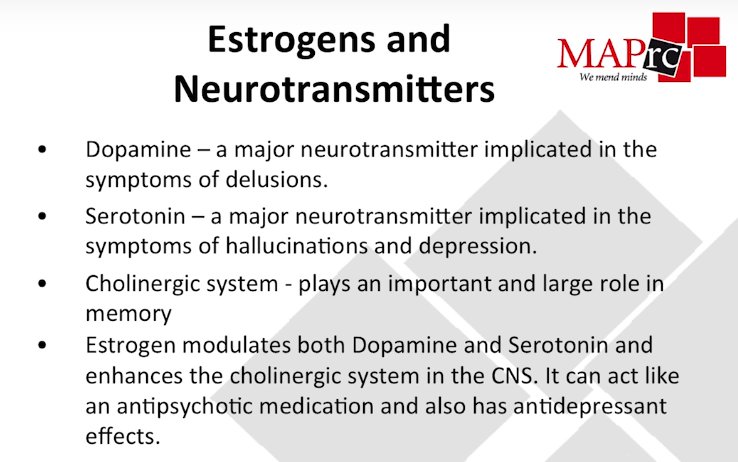 The ADEPT study is the first large-scale randomised-controlled trial in women with treatment-resistant schizophrenia. 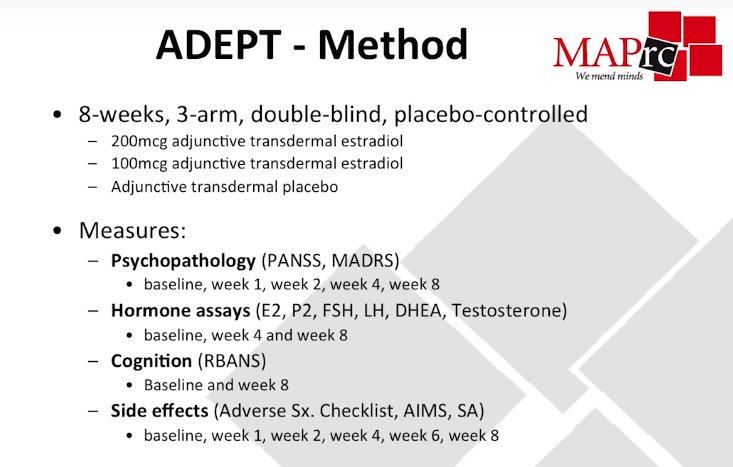 Both estradiol groups had greater decreases in PANSS positive, general and total symptoms compared with the placebo group (P<0.01), with a greater effect seen for 200 μg than 100 μg estradiol.

The largest effect size was for the positive subscale of PANSS in the estradiol 200 μg treatment group (effect size 0.44, P<0.01). 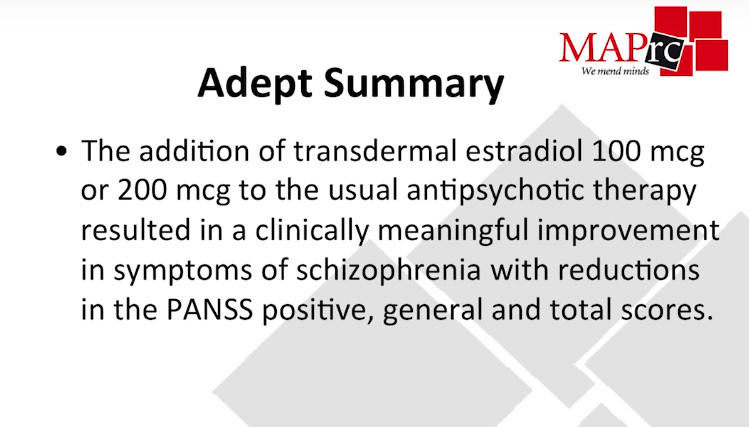 Raloxifene exerts similar neurotransmitter effects to estradiol within the brain, while acting primarily as an estrogen antagonist in breast tissue and the endometrium. 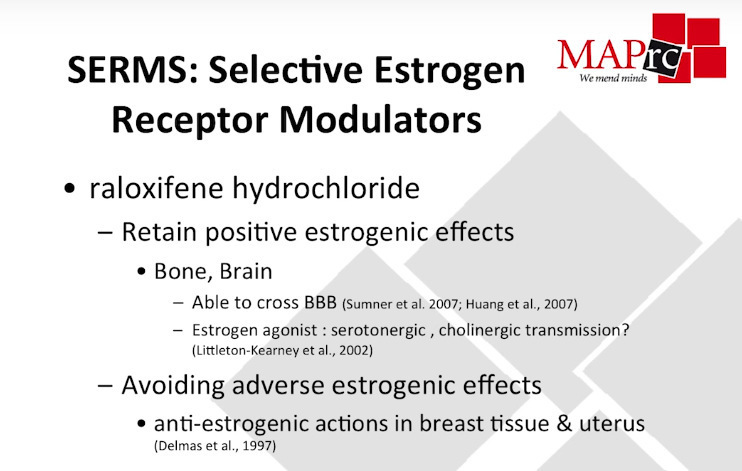 However, a 2017 article showed no benefit of raloxifene 120mg/d in severely decompensated schizophrenia patients. [4] 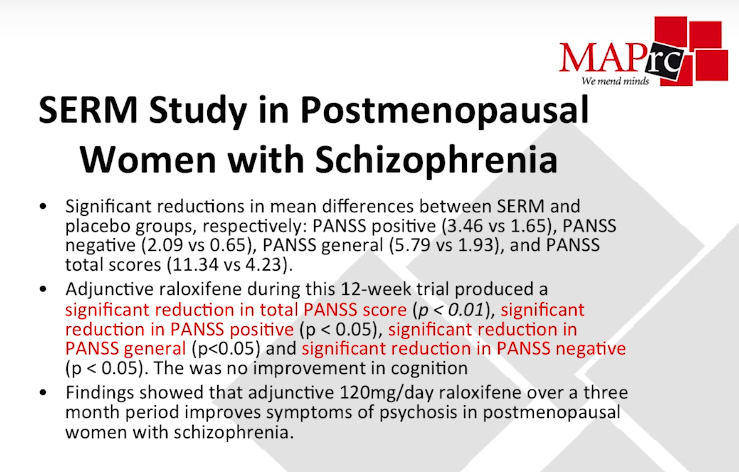 Considering the important role of hormones in psychiatric illness in general in women a gender-based treatment approach is essential, and clinicians should take into account the powerful role estrogen plays in the brain. 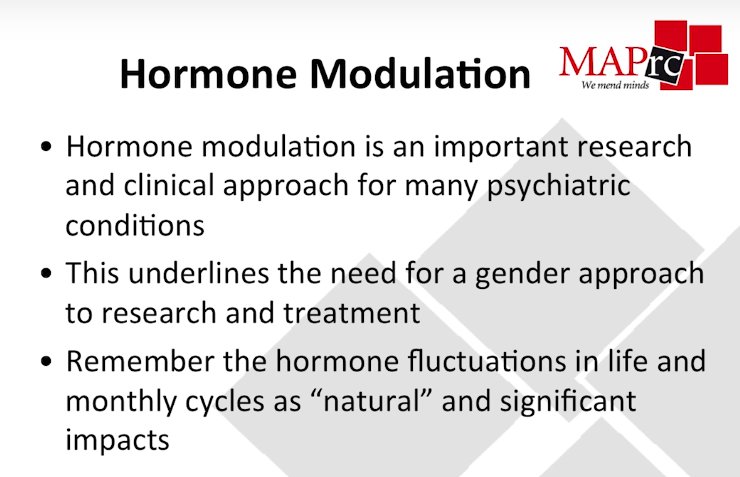