A very important question is, ‘does reverse causality explain the relationship between diet and depression?’. And the answer appears to be ‘no’.

We are now beginning to understand that one of the important mediators of the relationship between diet quality and the brain is the microbiome, and the gut is now a critical area of feverish interest in the whole field.

The most important factor influencing the gut microbiome is diet.

Professor Berk begins this segment by stating that most longitudinal studies appear to show diet quality predicts mental health outcomes. However, mental health at baseline does not have a predictive capacity in terms of subsequent diet.

The link between diet and inflammation is described; increasing diet quality proportionally decreased levels of C-reactive protein. The opposite effect was seen with worsening diet quality. 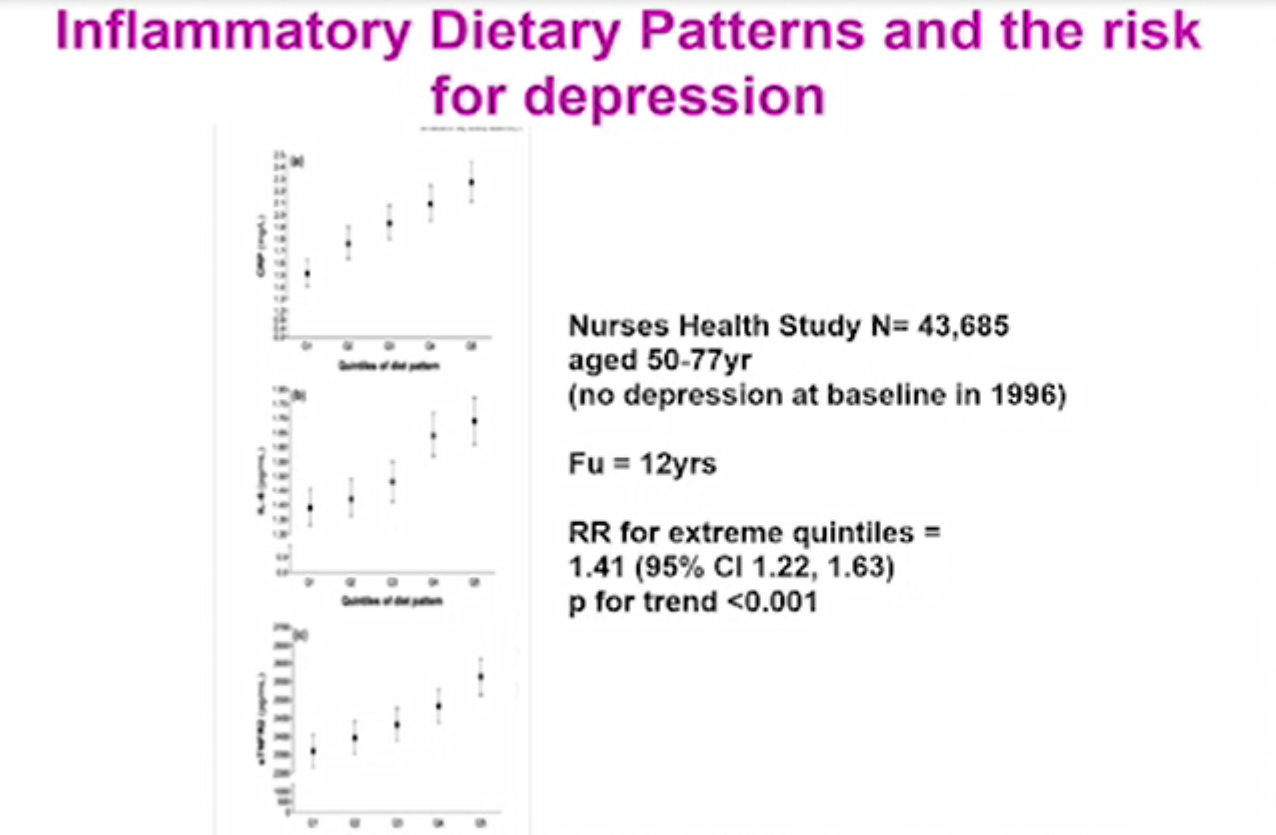 The effect of diet quality on brain structure over time is then described, with age-related progressive brain changes being ameliorated to an extent by a good quality diet. 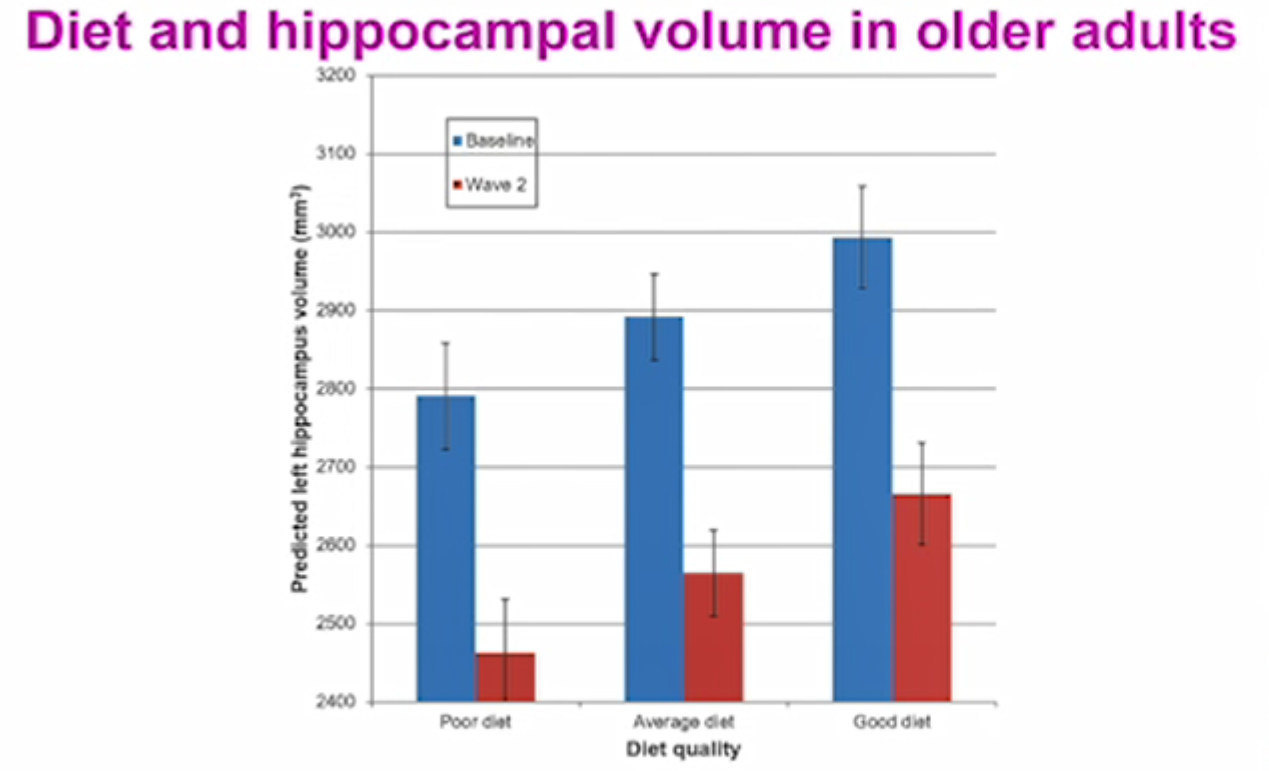 The microbiome as a ‘hot topic’ area of research into depression is then discussed.

He then talks about the importance of gut microbiota on metabolism, body weight, the immune system, and mood and behaviour.

Professor Berk then describes the link between biological systems that are dysregulated in depression and gut microbiota, highlighting that diet is the most important factor which influences gut microbiota.

Finally, he talks about up-coming trials that will investigate the effect of faecal microbial transplants in treating depression.