The bottom line is, the more you intervene the more people stay alive.

We are now, in Bristol, doing a trial of MDMA to treat alcoholics who drink because they’ve been traumatized, so we’re trying to deal with the underlying PTSD, which MDMA is a good treatment for.

Naltrexone promotes abstinence, but when people fail it does reduce drinking. An economic analysis of the impact of naltrexone shows that even if it fails to maintain abstinence, it reduces harm because it reduces the amount people drink…that in itself is justification for using it.

In the second part of his presentation, Prof Nutt begins with a presentation of his research on nalmefene, a licensed drug that helps people control their drinking. 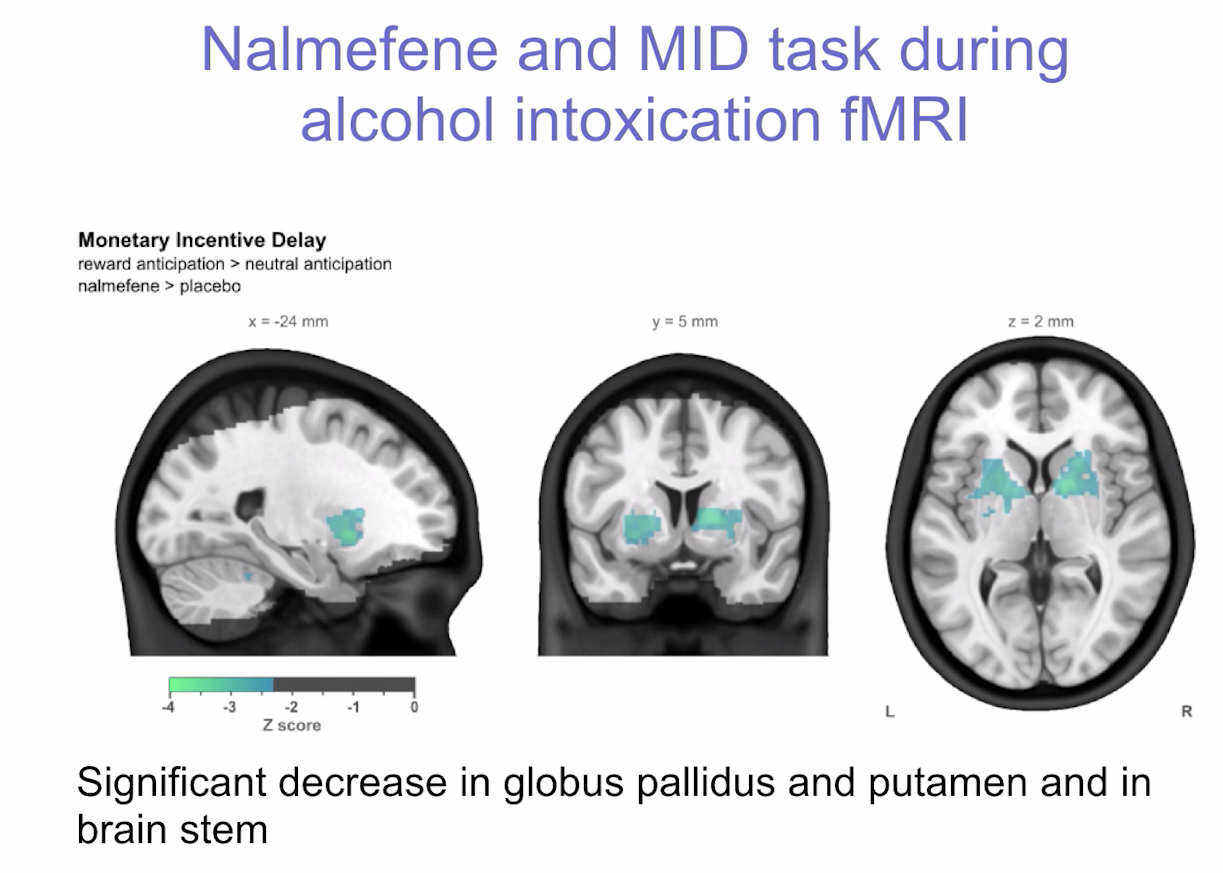 He describes the methods employed to conduct the experiment with nalmefene, and how it appears to work by reducing the impact of alcohol on the dopamine system. Research by Rehm et al. is also presented 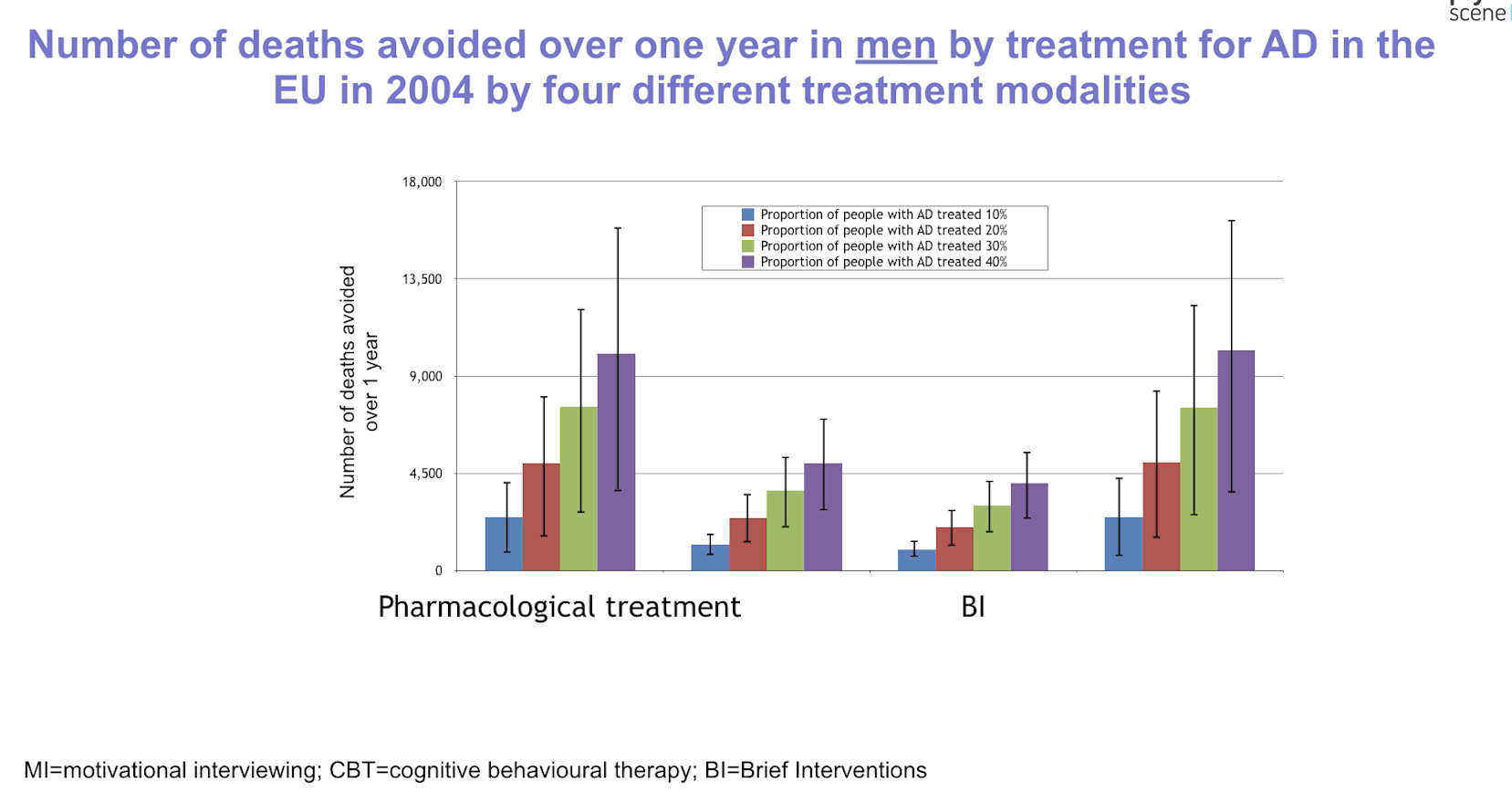 He discusses future prospects and early work on psychedelic drugs. 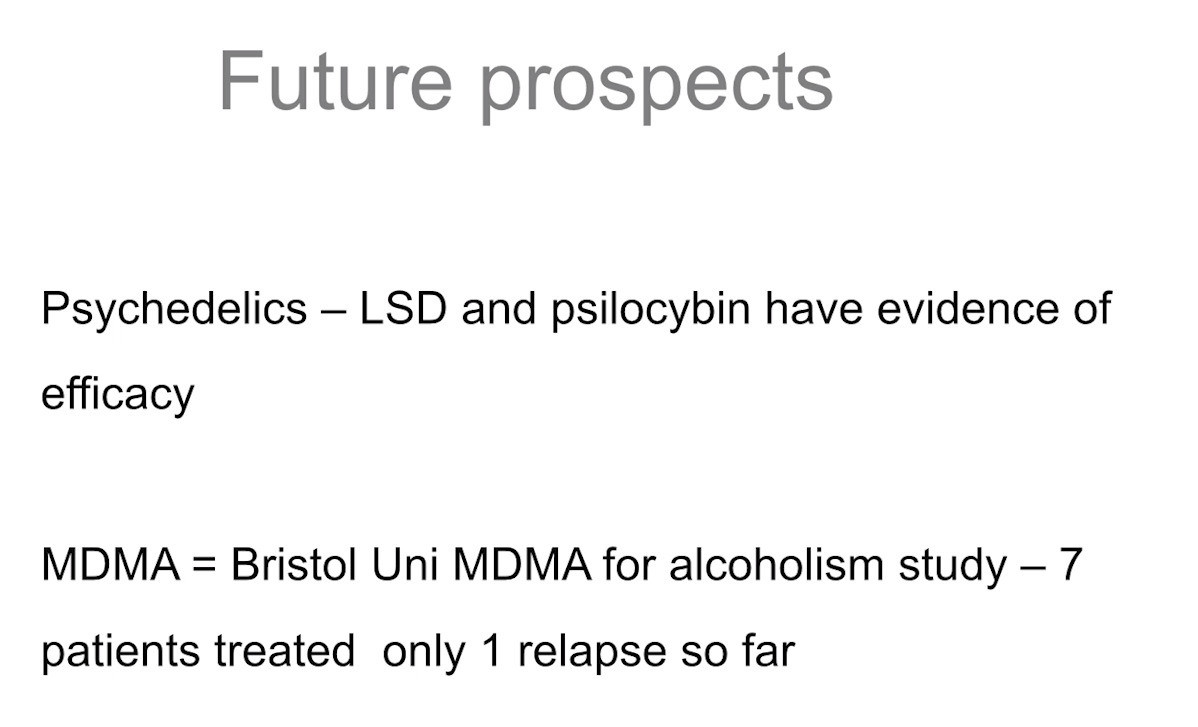 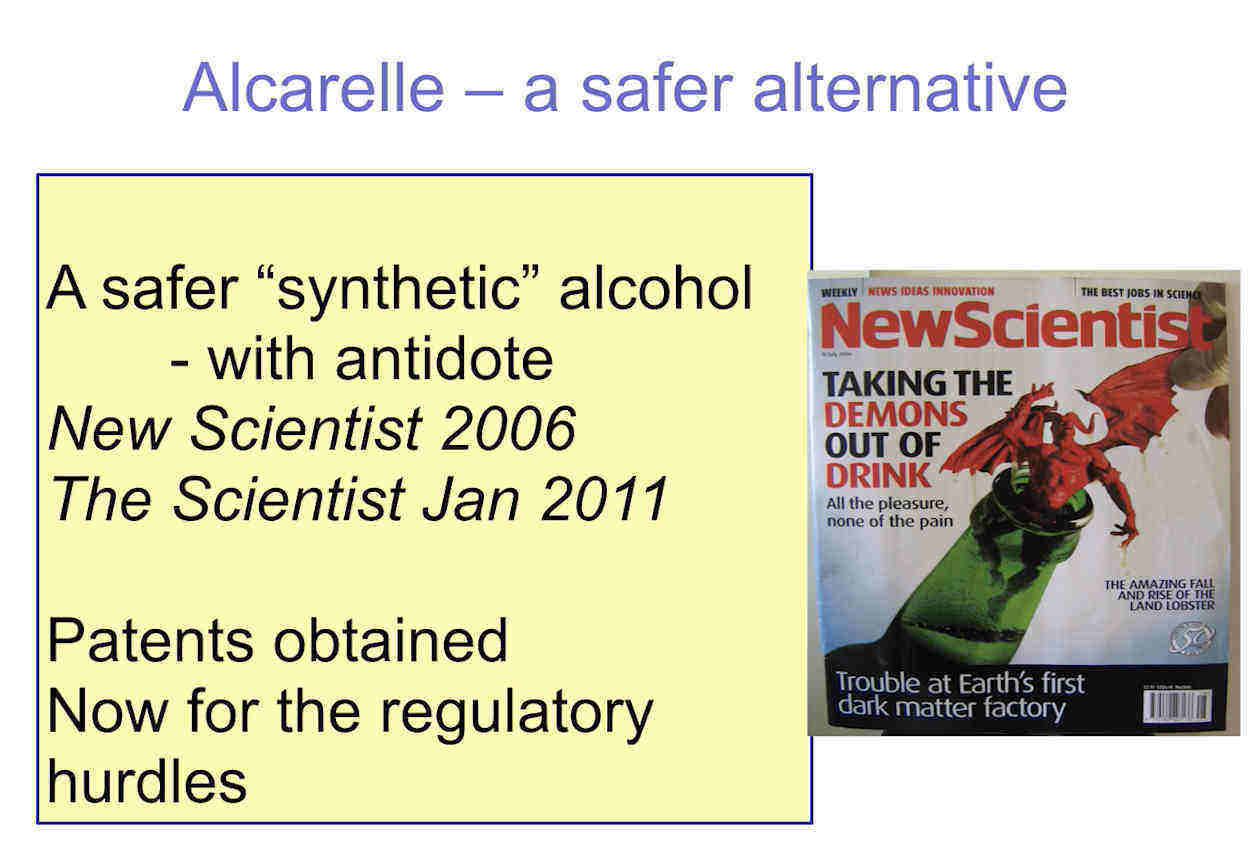 He concludes his presentation with a look at his ten-point plan for alcohol harm reduction which helps the individual control their drinking and the practitioner on how to reduce population drinking.