David Nutt is currently the Edmond J. Safra Professor of Neuropsychopharmacology and director of the Neuropsychopharmacology Unit in the Division of Brain Sciences. In addition to several prestigious appointments in the past, David is currently Chair of DrugScience (formally the Independent Scientific Committee on Drugs (ISCD) and President of the European Brain Council.

He has edited the Journal of Psychopharmacology for over two decades and acts as the psychiatry drugs advisor to the British National Formulary. David  broadcasts widely to the general public both on radio and television including BBC science and public affairs programs on therapeutic as well as illicit drugs, their harms and their classification.  He has published over 400 original research papers, a similar number of reviews and book chapters, eight government reports on drugs and 27 books.

The point about MCDA and this is the critical aspect, it allows us to compare (in the case of drugs) harms which occur in such different aspects of life that the metrics are fundamentally different. So, you are going from the economic metric – pounds lost, cost of drug–related behaviour, to a completely separate measure, say the likelihood of dying.

Alcohol is the most harmful drug to other people [vs the user] because it is widely used and has such huge economic costs – costs in terms of personal violence, social violence, healthcare costs, etc.

Professor Nutt begins this segment by describing his work on the analysis of the MCDA drug model.

He explains that decision conferencing has become the standard way of dealing with very complicated questions (e.g. how to deal with nuclear waste). 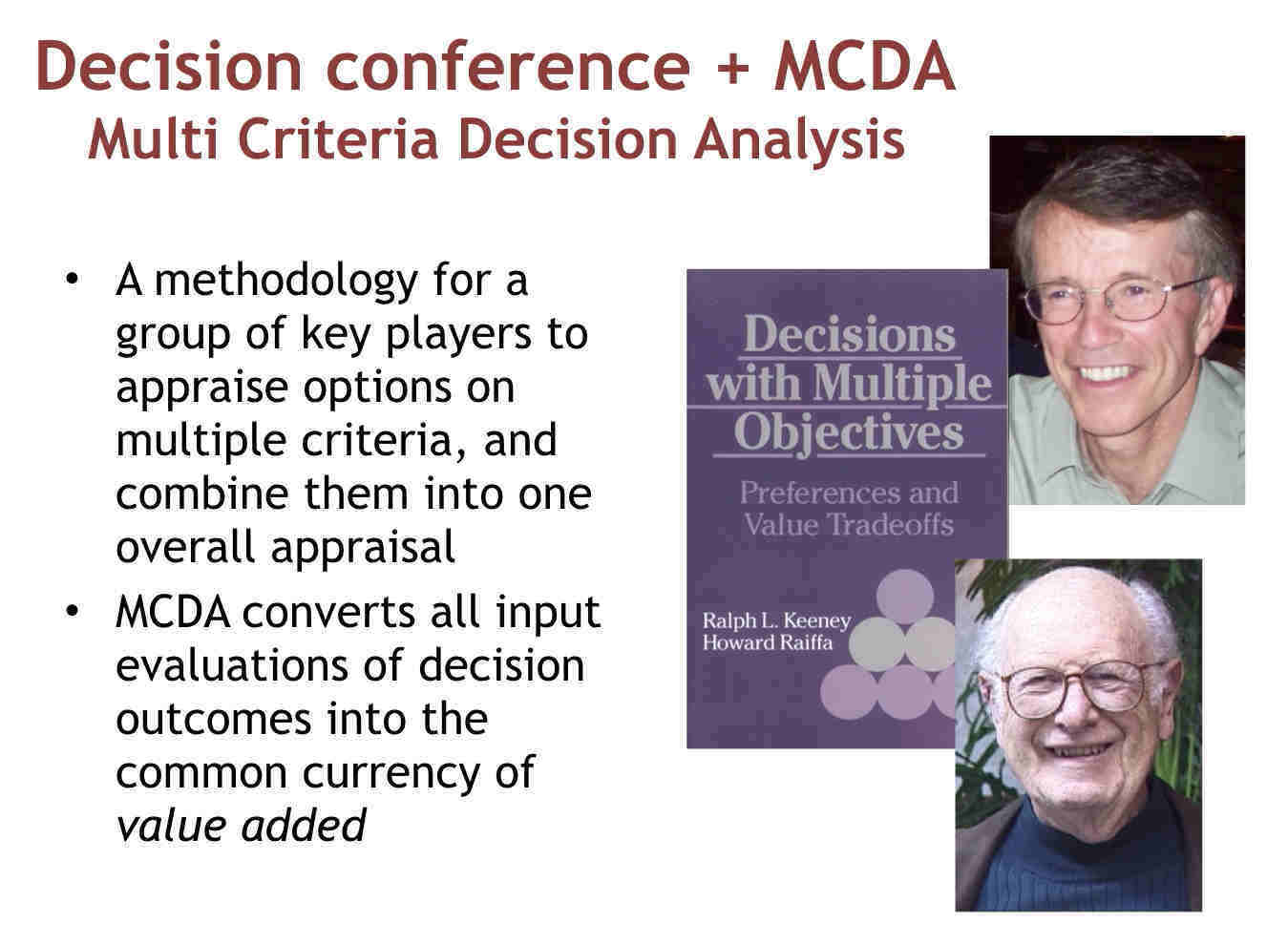 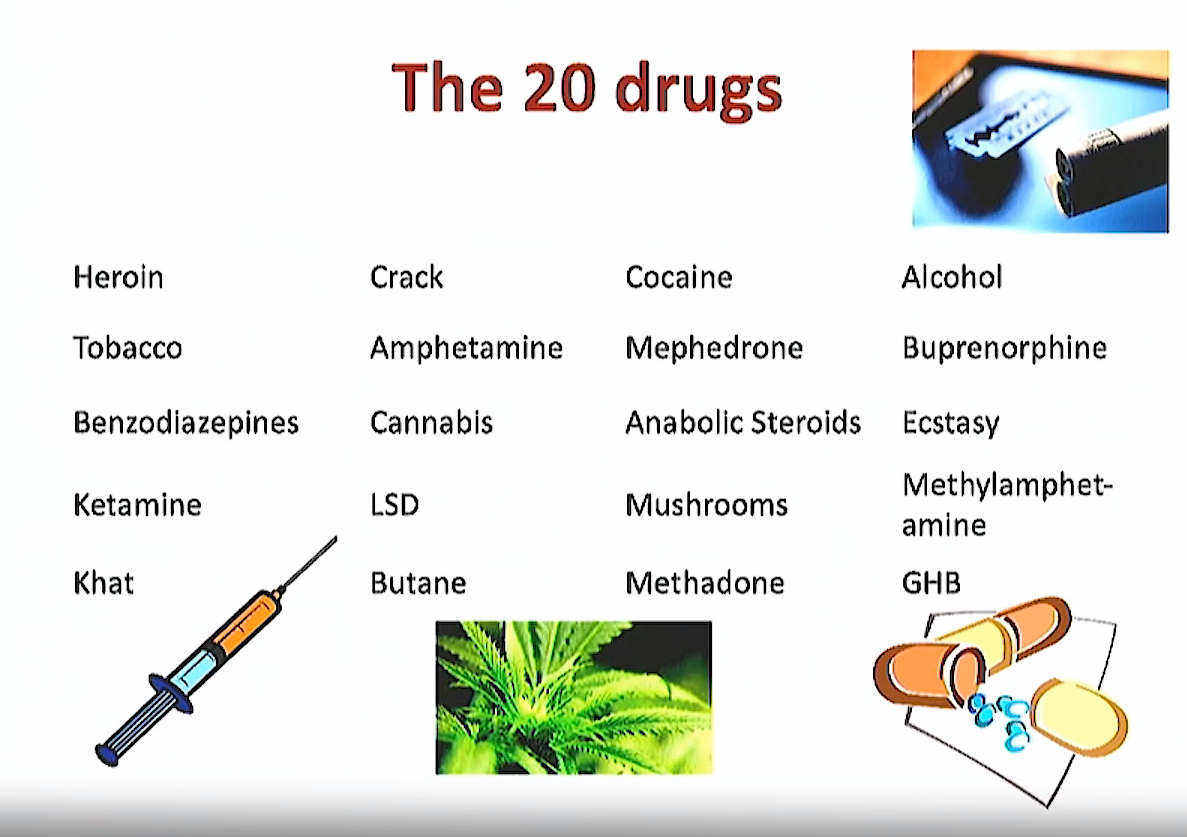 He discusses how each of the 20 drugs was ranked on each of the 16 parameters of harm. Each parameter was measured on a zero-100 scale to determine the most harmful drug and to provide a ratio scale by which all other drugs could be measured for harm. 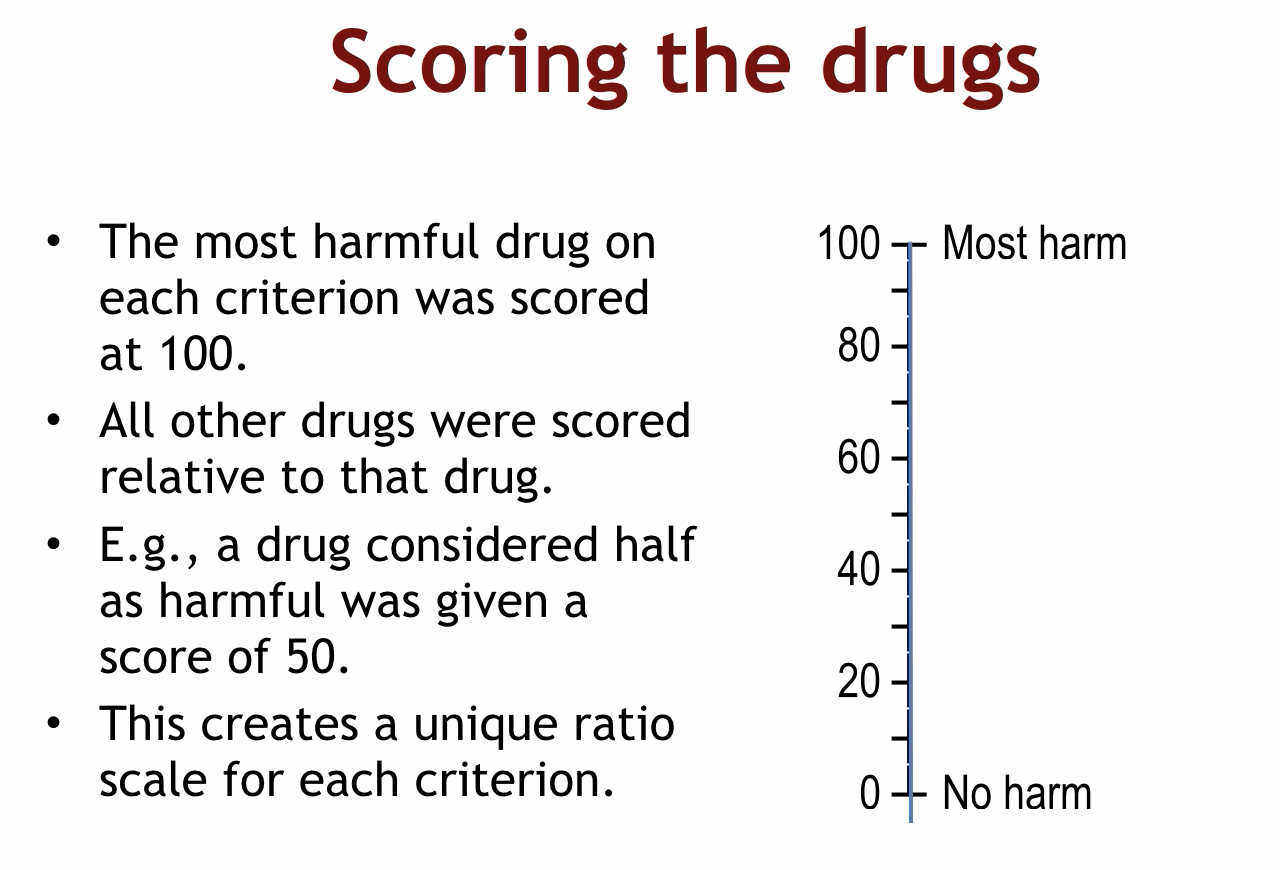 An example is given of two separate measures of harm; drug-specific mortality and drug use when repeated over time (i.e. chronic use of a drug). 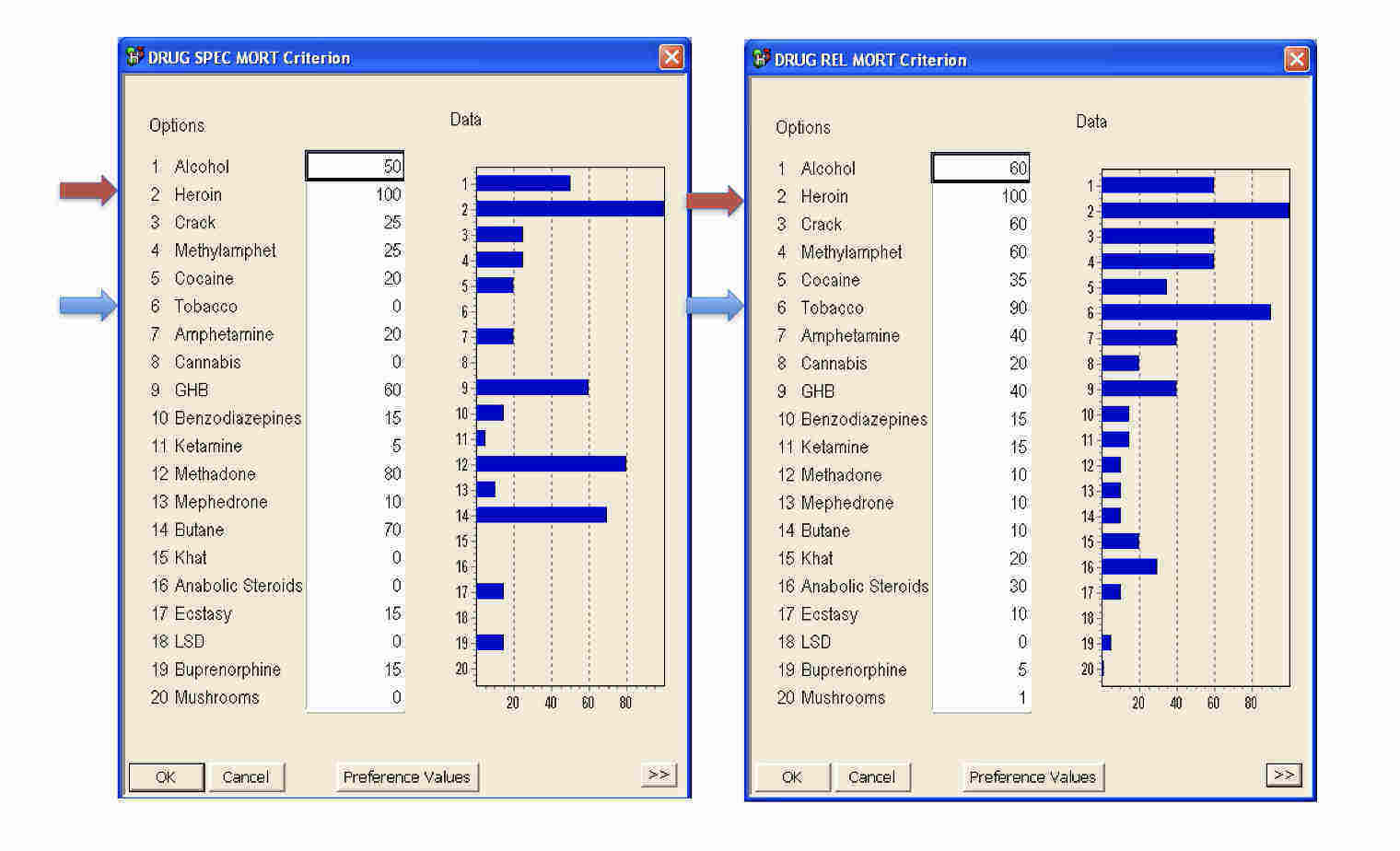 Moving on, Professor Nutt presents the criteria used for the weighting. 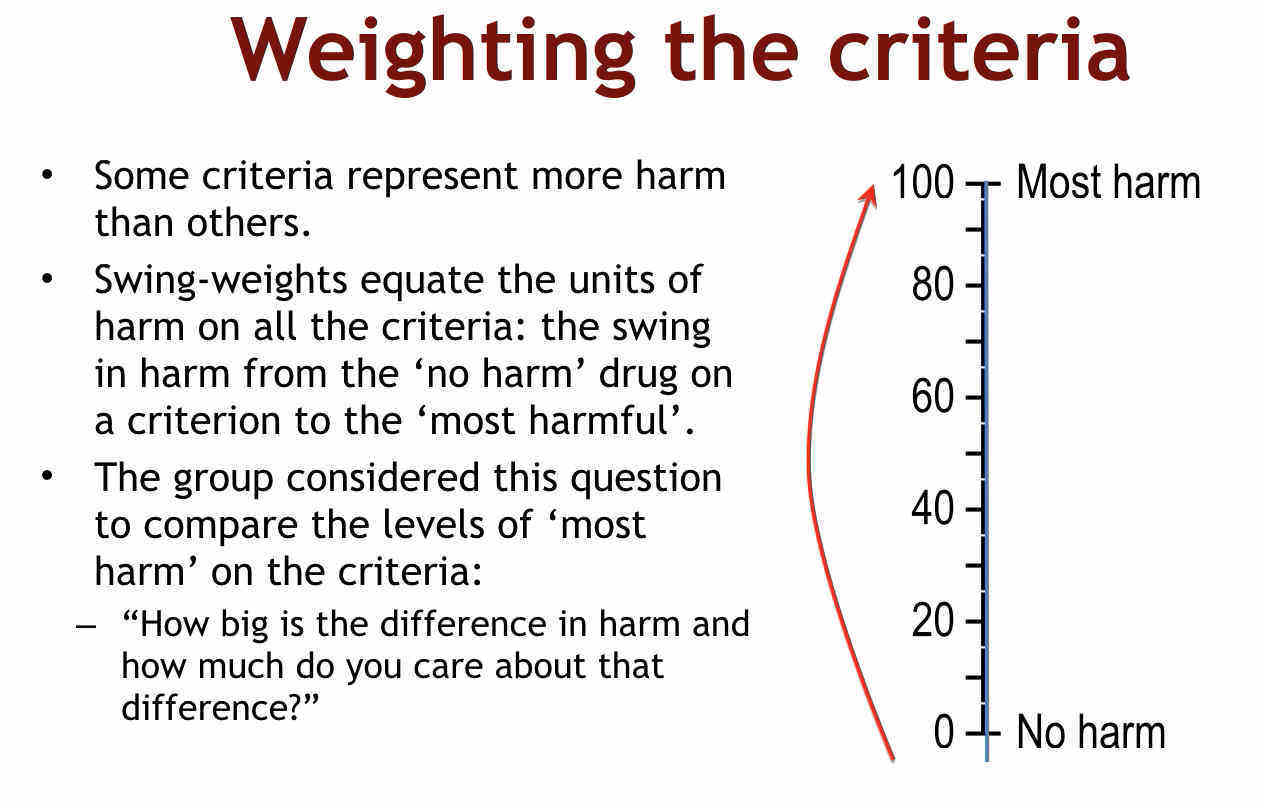 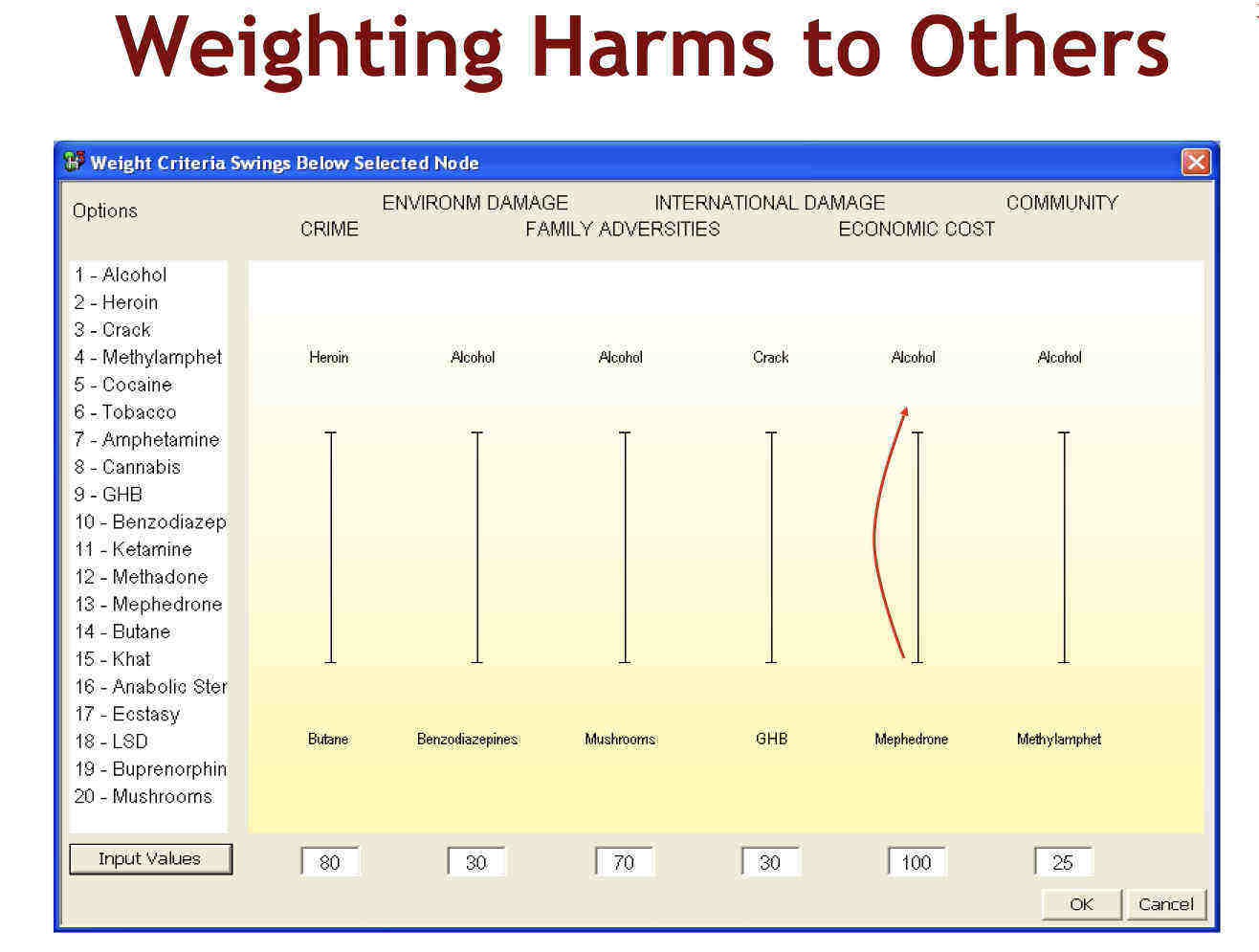 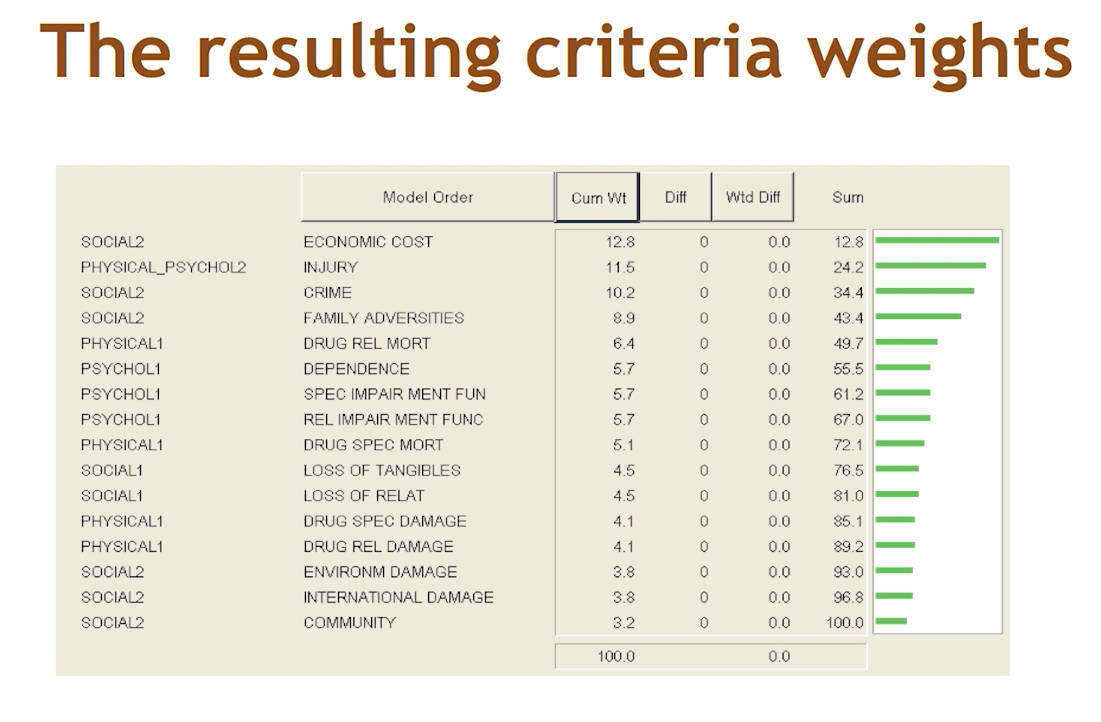 Prof Nutt concludes this video excerpt explaining the findings that alcohol, which had only been fourth in the previous nine–point scale, came out as the most harmful drug in the UK and how these results correlate with European data. 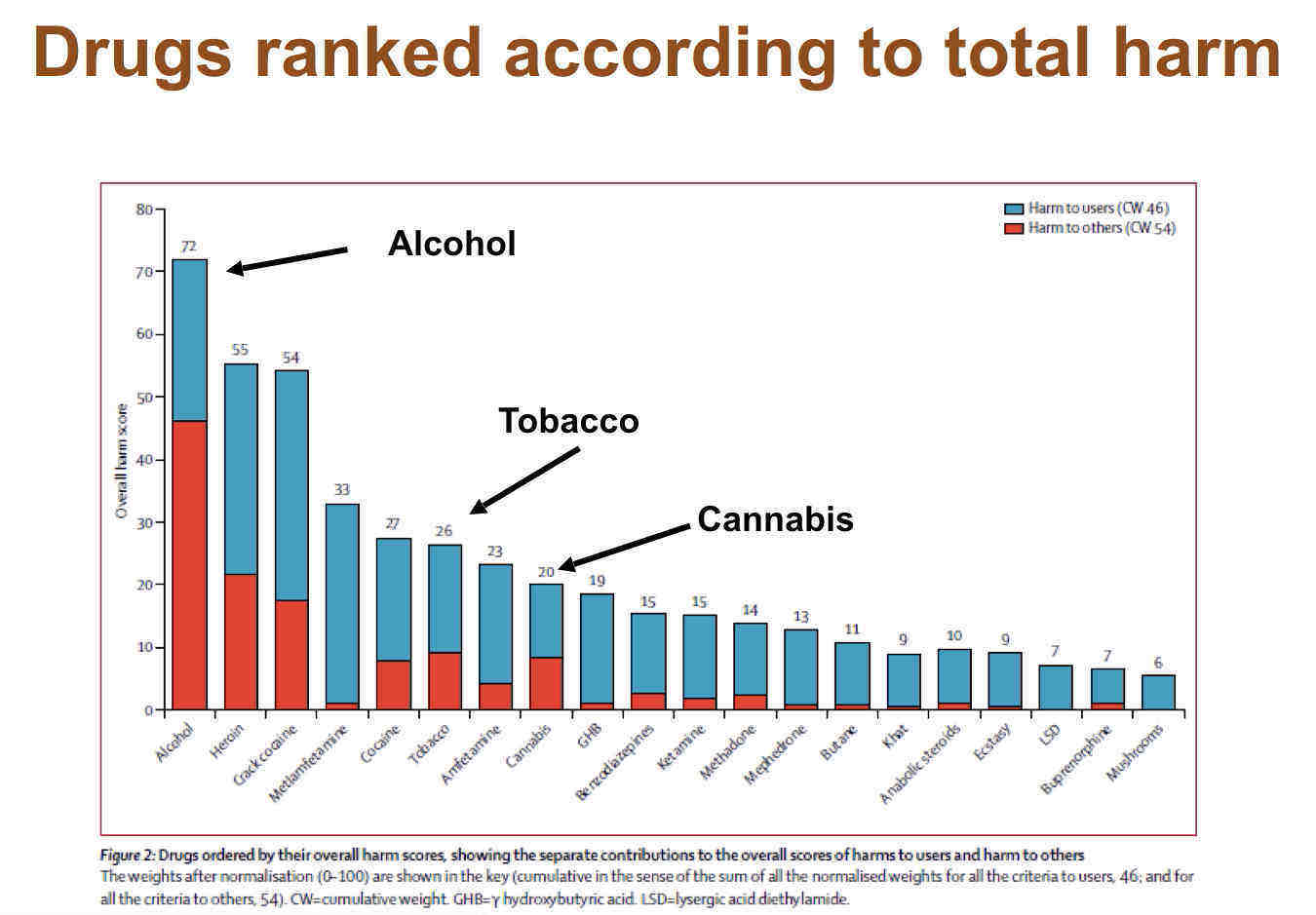 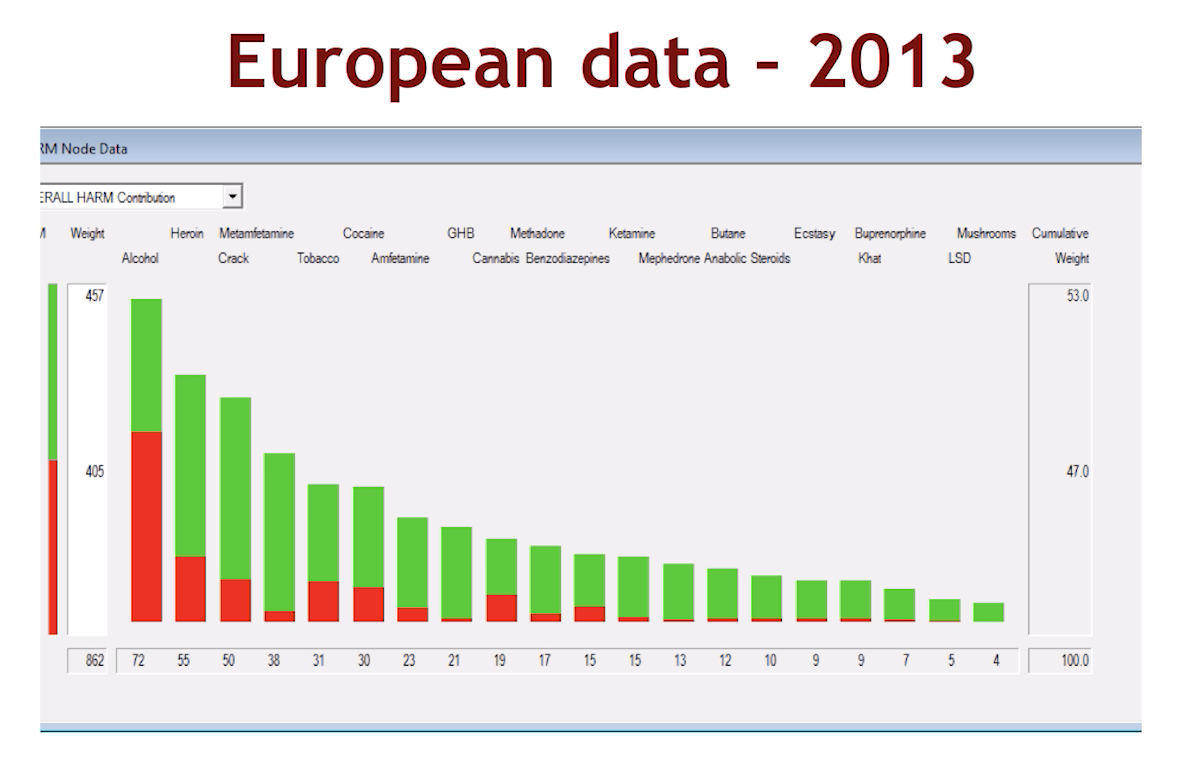