Professor Michael Berk is currently an NHMRC Senior Principal Research Fellow and Alfred Deakin Chair of Psychiatry at Deakin University and Barwon Health, where he heads the IMPACT Strategic Research Centre. He also is an Honorary Professorial Research Fellow in the Department of Psychiatry, the Florey Institute for Neuroscience and Mental Health and Orygen Youth Health at Melbourne University, as well as in the School of Public Health and Preventive Medicine at Monash University. He is a past president of the International Society for Bipolar Disorders and the Australasian Society or Bipolar and Depressive Disorders. He is an ISI highly cited researcher who has published over 800 papers predominantly in mood disorders. His major interests are in the discovery and implementation of novel therapies, and risk factors and prevention of psychiatric disorders.

We have a real crisis in drug discovery in our discipline. (psychiatry)

Drug discovery is at a near standstill for treating psychiatric disorders such as schizophrenia, bipolar disorder, depression and common forms of autism. (Steven Hyman, Former NIMH director)

Every single known risk factor that we have for major psychiatric disorders seems to be transduced through inflammation and oxidative stress. 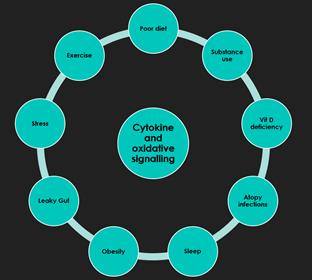 Professor Berk begins his talk with the fact that it has been a long time since any major new discovery was made in pharmaceuticals for psychiatry. 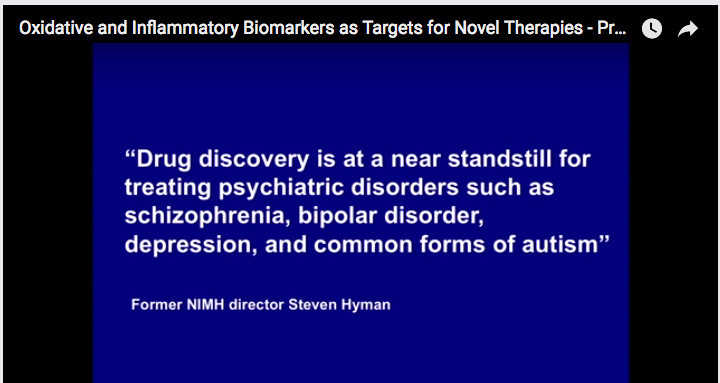 Taking a look at Eroom’s law (Moore’s law spelt backwards), he presents the rate of decline in pharmaceutical R&D. 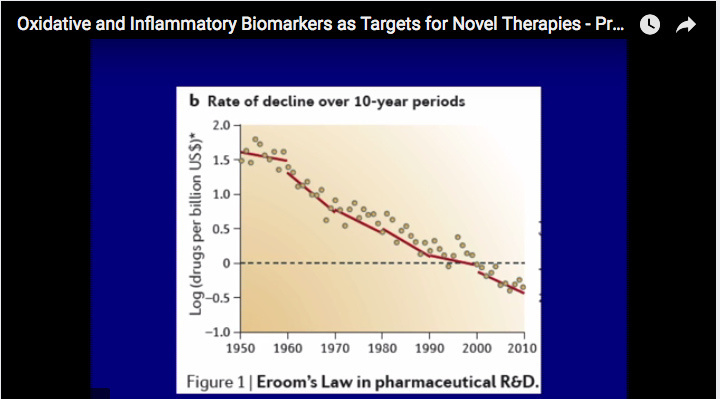 Continuing, he explains how there are 3 paths currently taken on the road to drug discovery.

Moving on to biomarkers, Prof Berk talks about the holy grail of finding a biomarker for diagnosis. 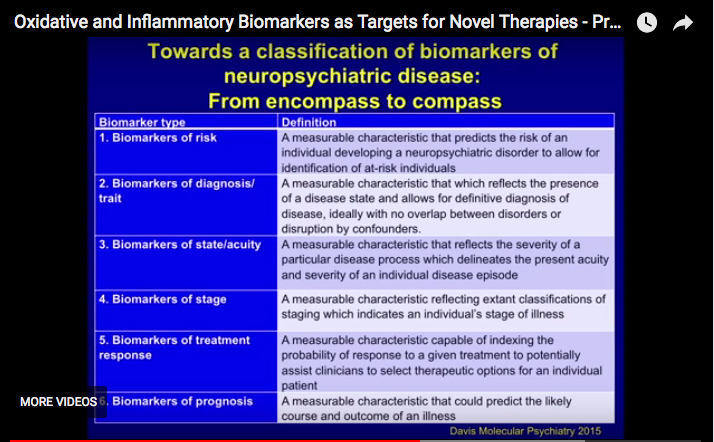 He goes on to emphasise how psychiatric disorders appear to be transduced through inflammation and oxidative stress. 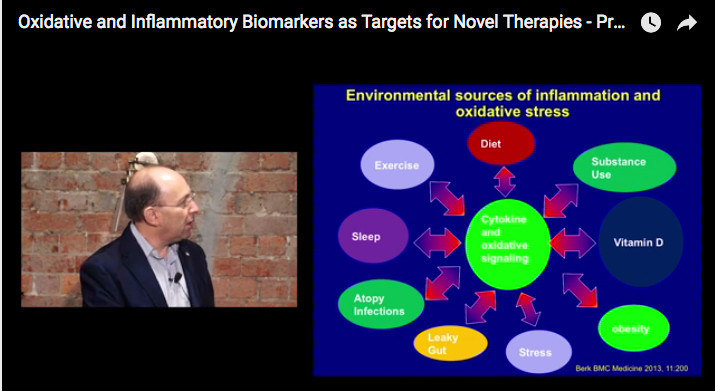 According to the study by Copeland et al.:

Childhood bullying involvement as either a pure bully or victim predicted changes in CRP levels that lasted into adulthood. Although CRP levels rose for all participants across this period, being bullied predicted greater increases in CRP levels, whereas bullying others predicted lower increases in CRP compared with those uninvolved in bullying. These long-term effects were robust to adjustment for BMI, substance use, childhood physical and mental health status, and exposures to other early-life psychosocial adversities. Inflammation is a plausible mechanism by which bullying involvement may affect short- and long-term health status. 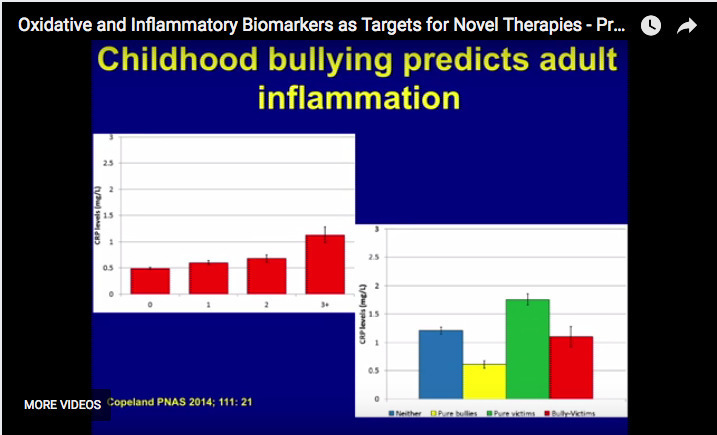