Professor Michael Berk is currently an NHMRC Senior Principal Research Fellow and is Alfred Deakin Chair of Psychiatry at Deakin University and Barwon Health, where he heads the IMPACT Strategic Research Centre. He also is an Honorary Professorial Research Fellow in the Department of Psychiatry, the Florey Institute for Neuroscience and Mental Health and Orygen Youth Health at Melbourne University, as well as in the School of Public Health and Preventive Medicine at Monash University. His major interests are in the discovery and implementation of novel therapies, and risk factors and prevention of psychiatric disorders.

Glutathione is the brain’s primary antioxidant.

About 100 years ago we knew this and it’s taken us 100 years to do something about it. Oxidative stress which can occur in childhood can alter your epigenetic signature and alter the way your proteins that your body produces are expressed. 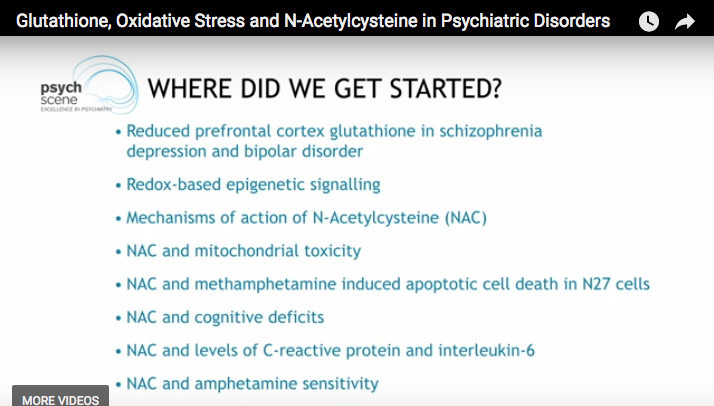 There is reduced prefrontal cortex glutathione in Schizophrenia, Depression, and Bipolar disorder. 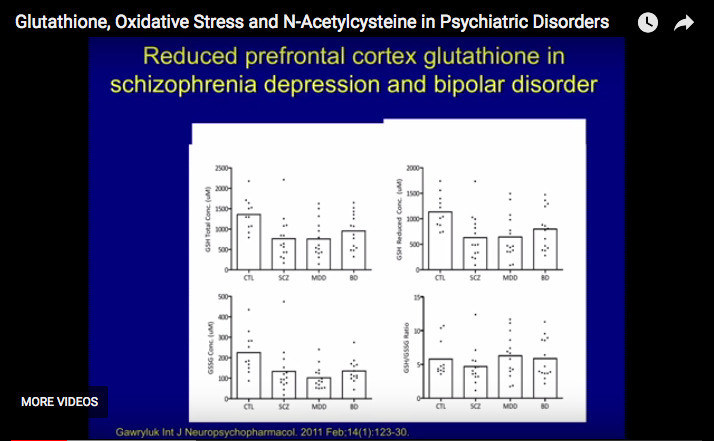 A paper published in 1934 by Looney and Childs called ‘The lactic acid and glutathione content of the blood of schizophrenic patients’ first raised the hypothesis of oxidative stress and mitochondrial dysfunction in schizophrenia. 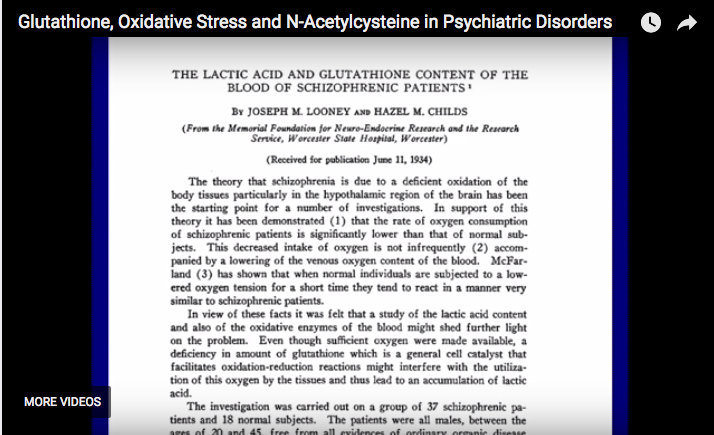 Oxidative stress alters your epigenetic signalling so can alter DNA methylation, change how genes are transcribed, and ultimately protein expression. 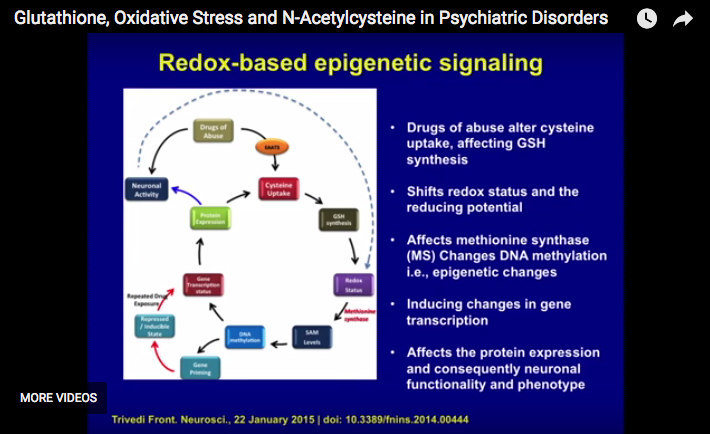 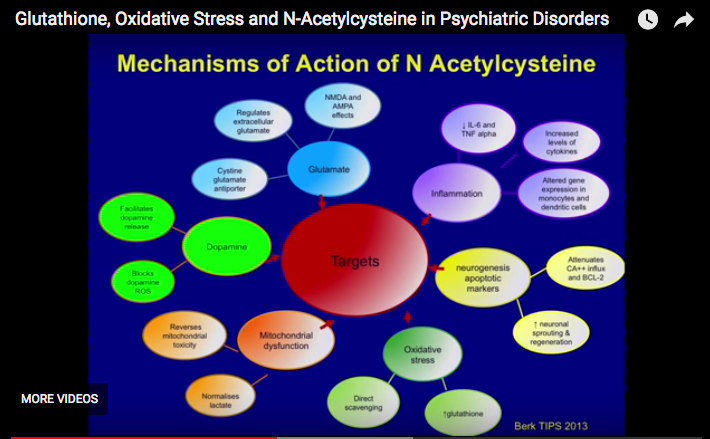 Presenting preclinical data, Professor Berk concludes this presentation with a discussion of the role of NAC in mitochondrial toxicity, methamphetamine-induced apoptosis, and the effects on cognition by mitochondrial dysfunction. 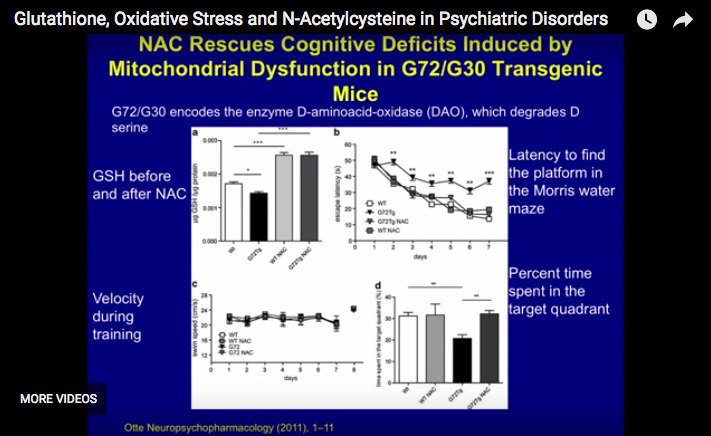