Drug specific mortality – the likelihood of a drug killing you any time you use a drug…drug related damage – the damage that using a drug might do because of the way you use it…chronic use of tobacco and alcohol eventually can destroy organs in the body and lead to death.

Smoking tobacco influences so many different systems that it’s a major factor in cardiovascular death and lung death and also cancer.

Professor Nutt continues his talk by discussing MRC and the Home Office contributions to a conference to begin the process of using the MCDA to assess drug harms. 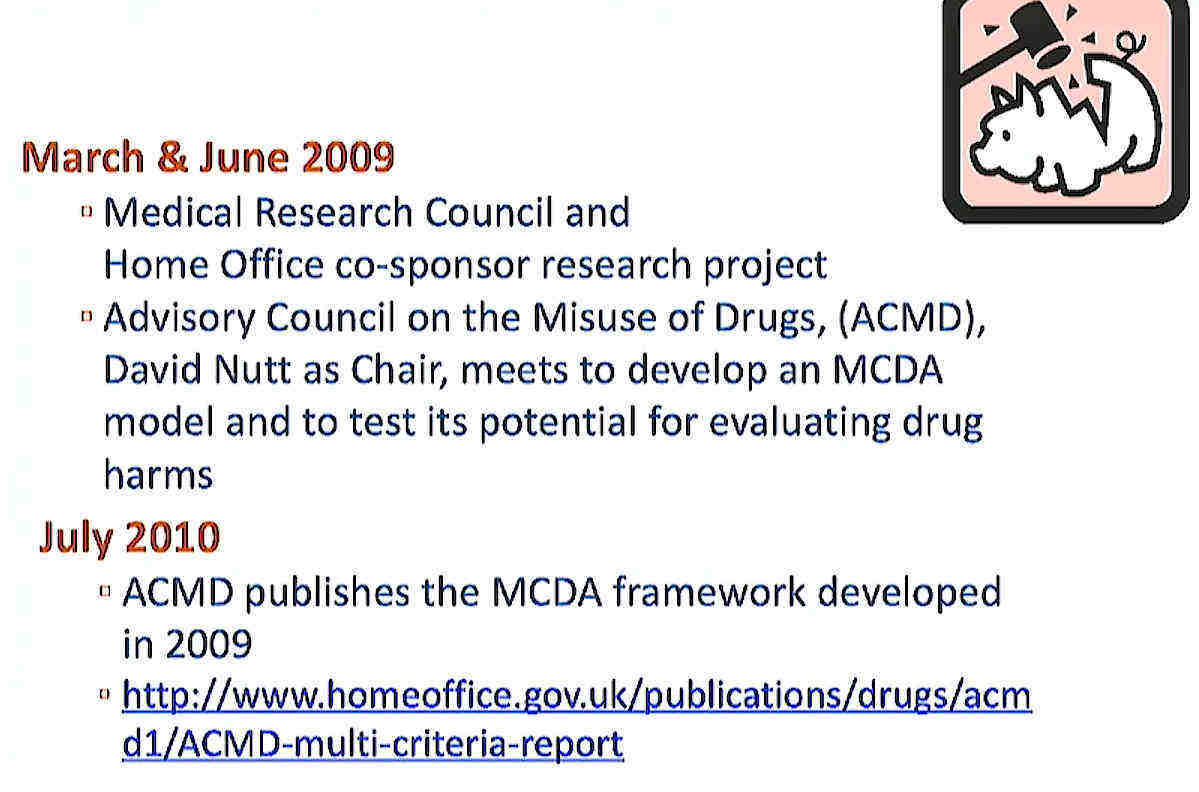 He goes on to explain the methodology of the conference and how each variable was defined. 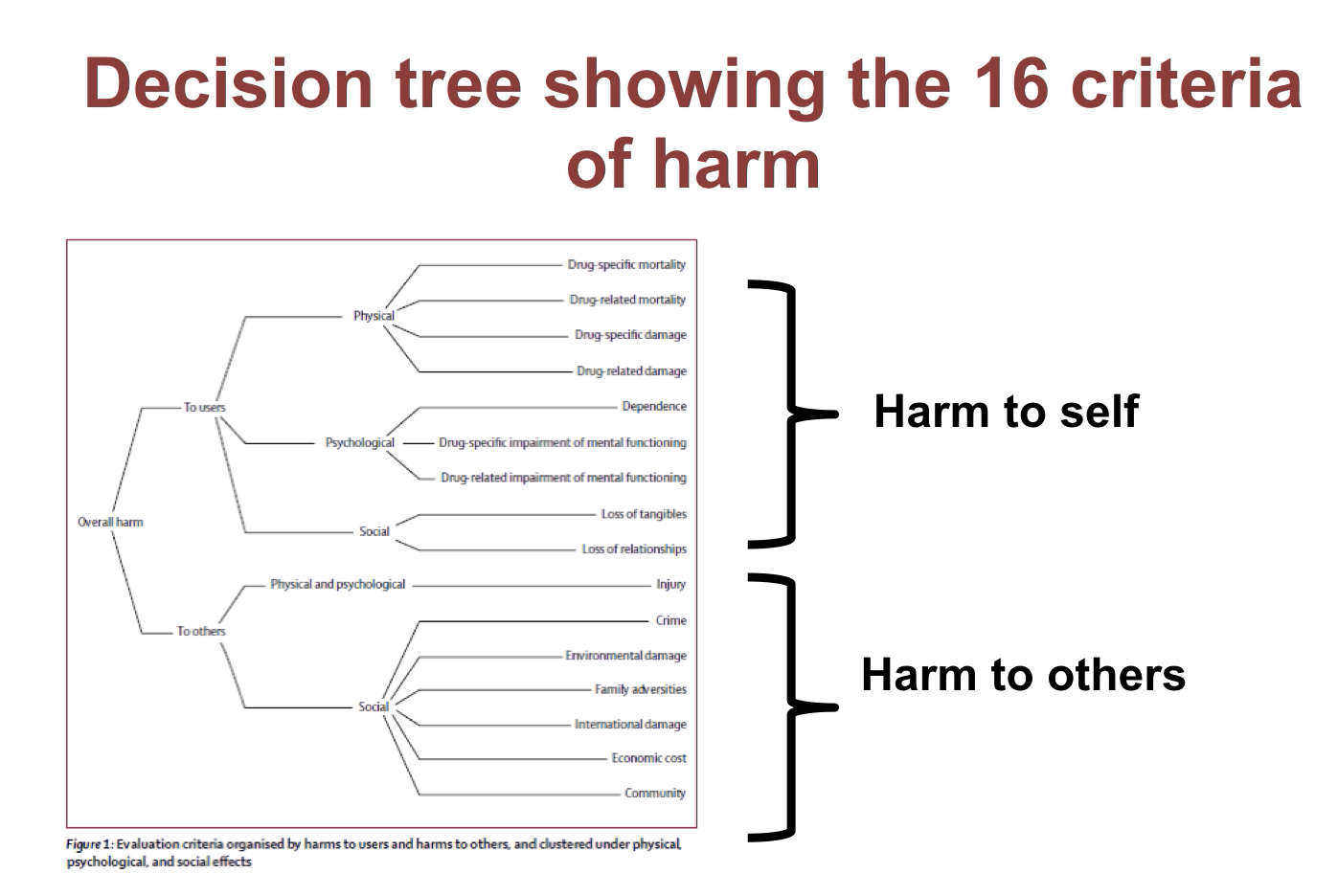 Data were presented on deaths in the UK, showing that tobacco is the largest killer. 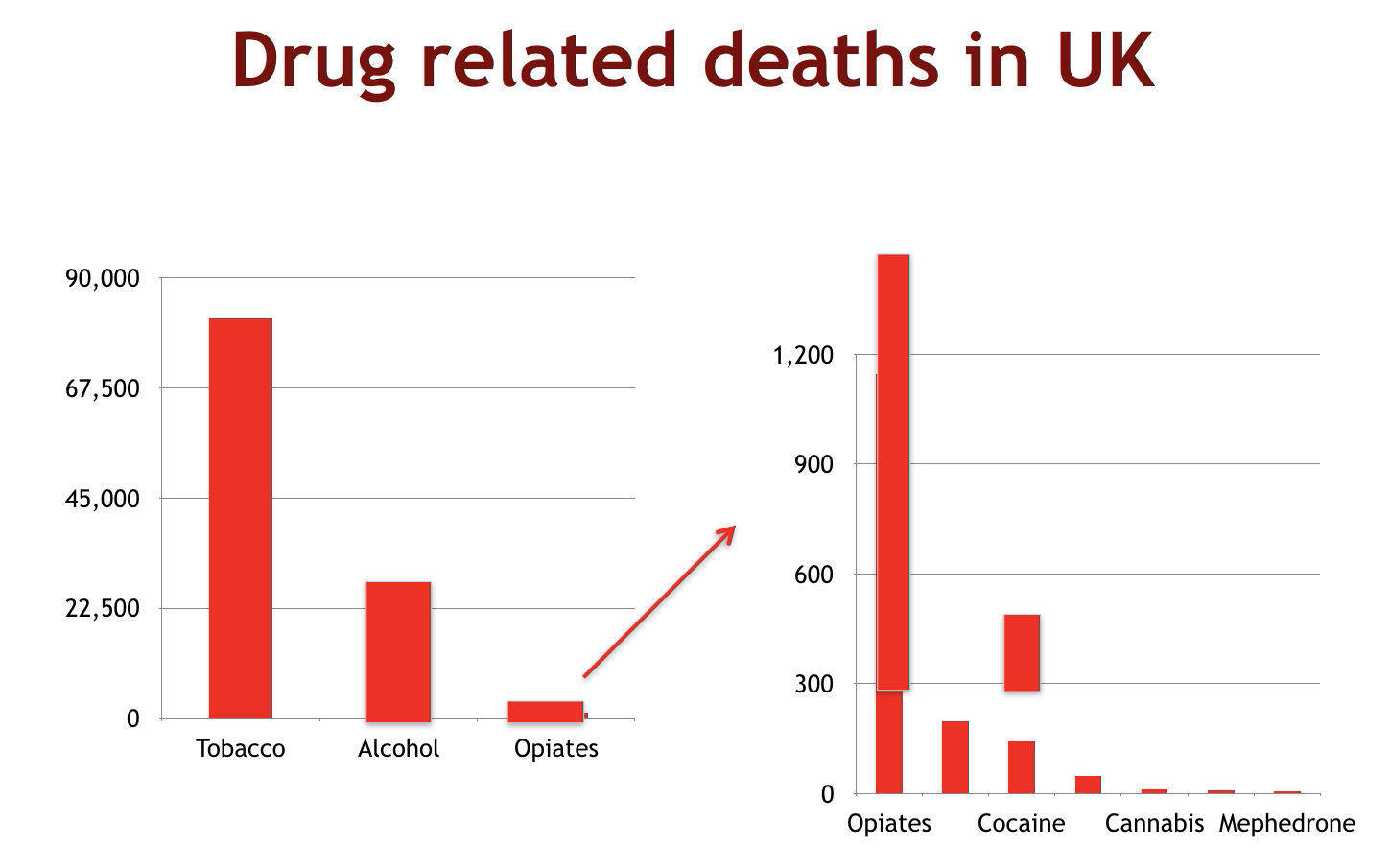 He then presents research done by L King (2006) (Home Office) on drug-specific mortality. 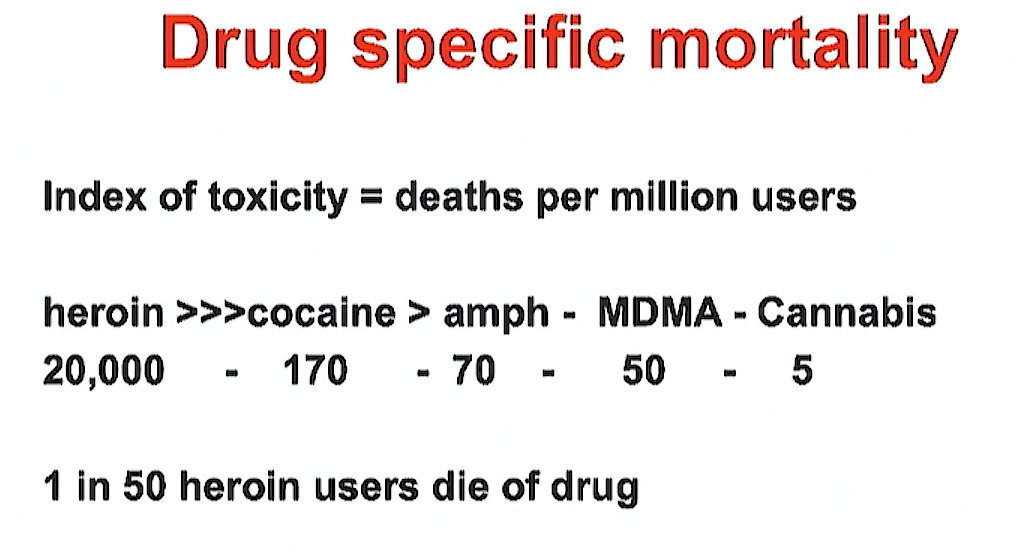 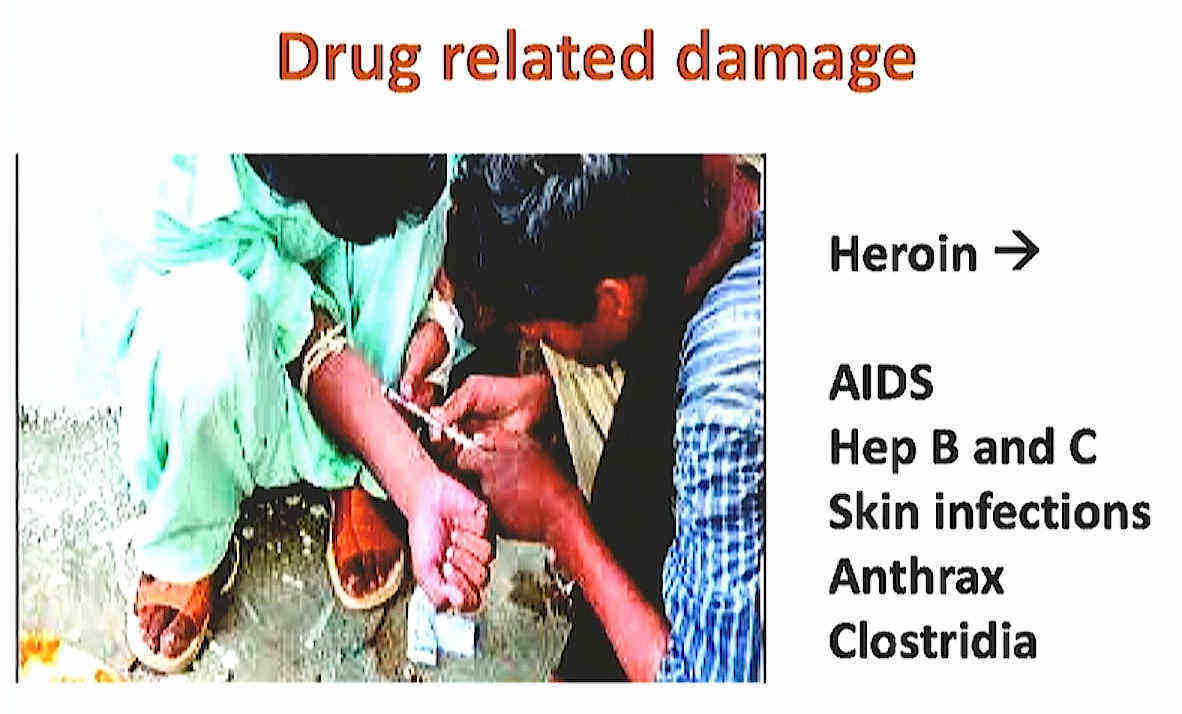 Professor Nutt goes on to explain that drug–related mortality is the likelihood of dying as a result of using the drug, and how the drug damages the body. 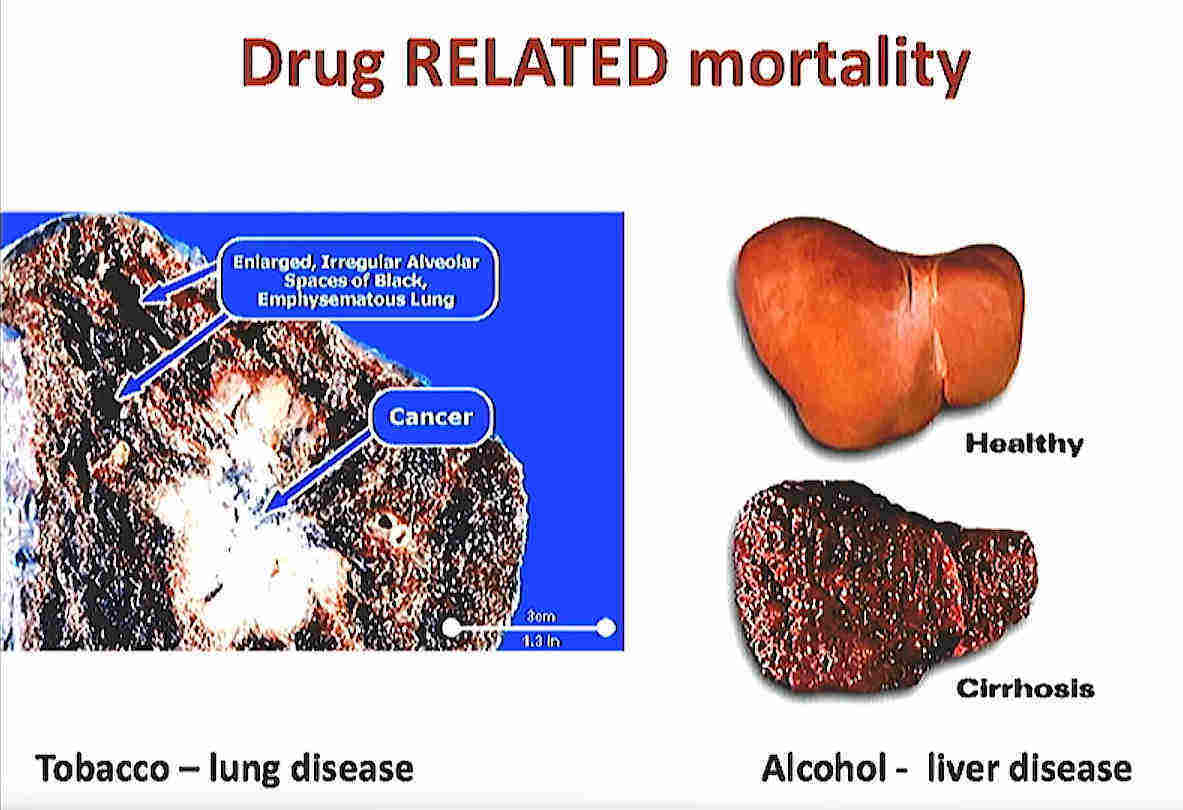 He explains that tobacco is the leading cause of self-inflicted death in the world because smoking tobacco influences so many different systems. 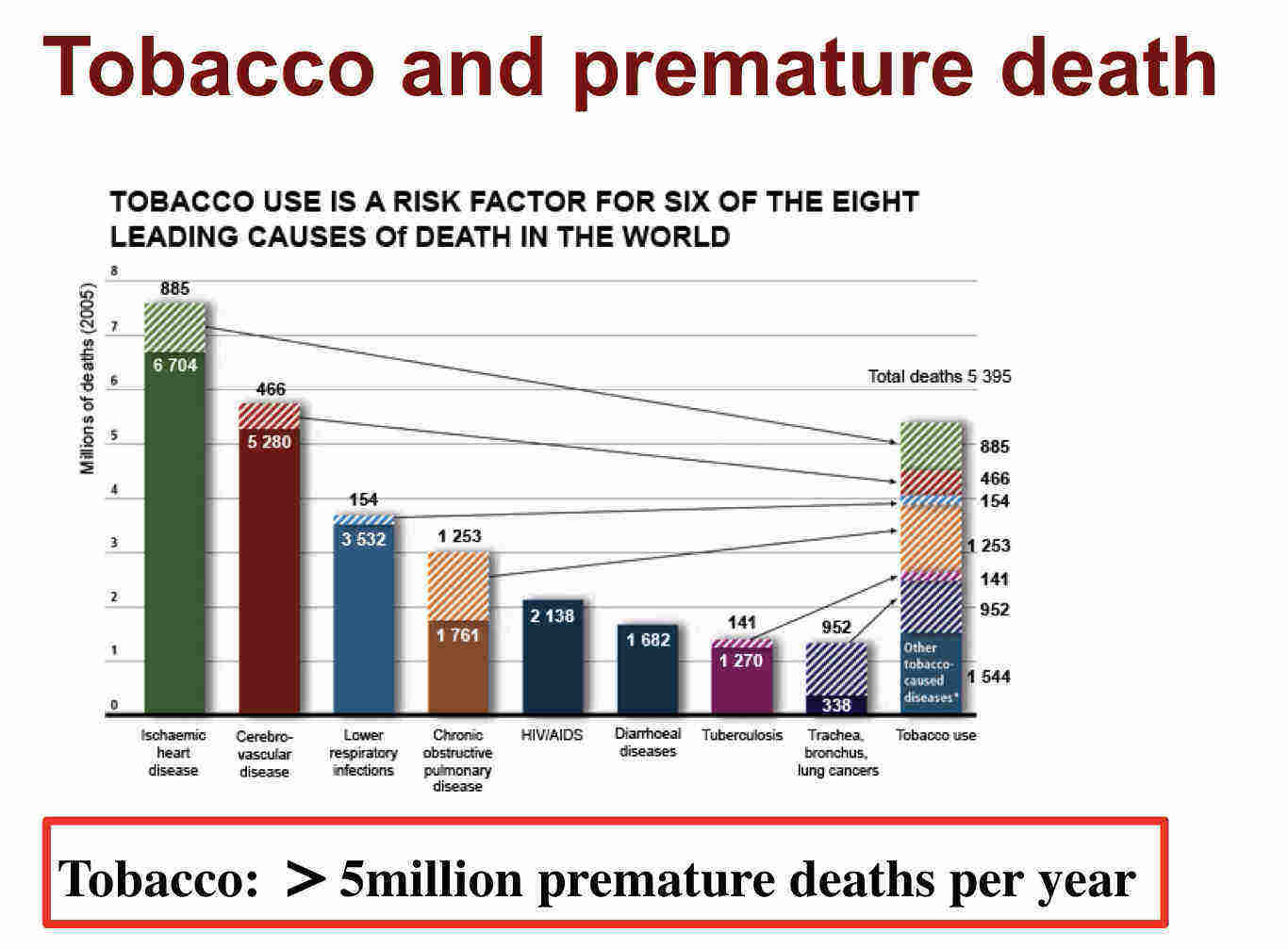 However, alcohol for young people is becoming the leading cause of death in Britain. 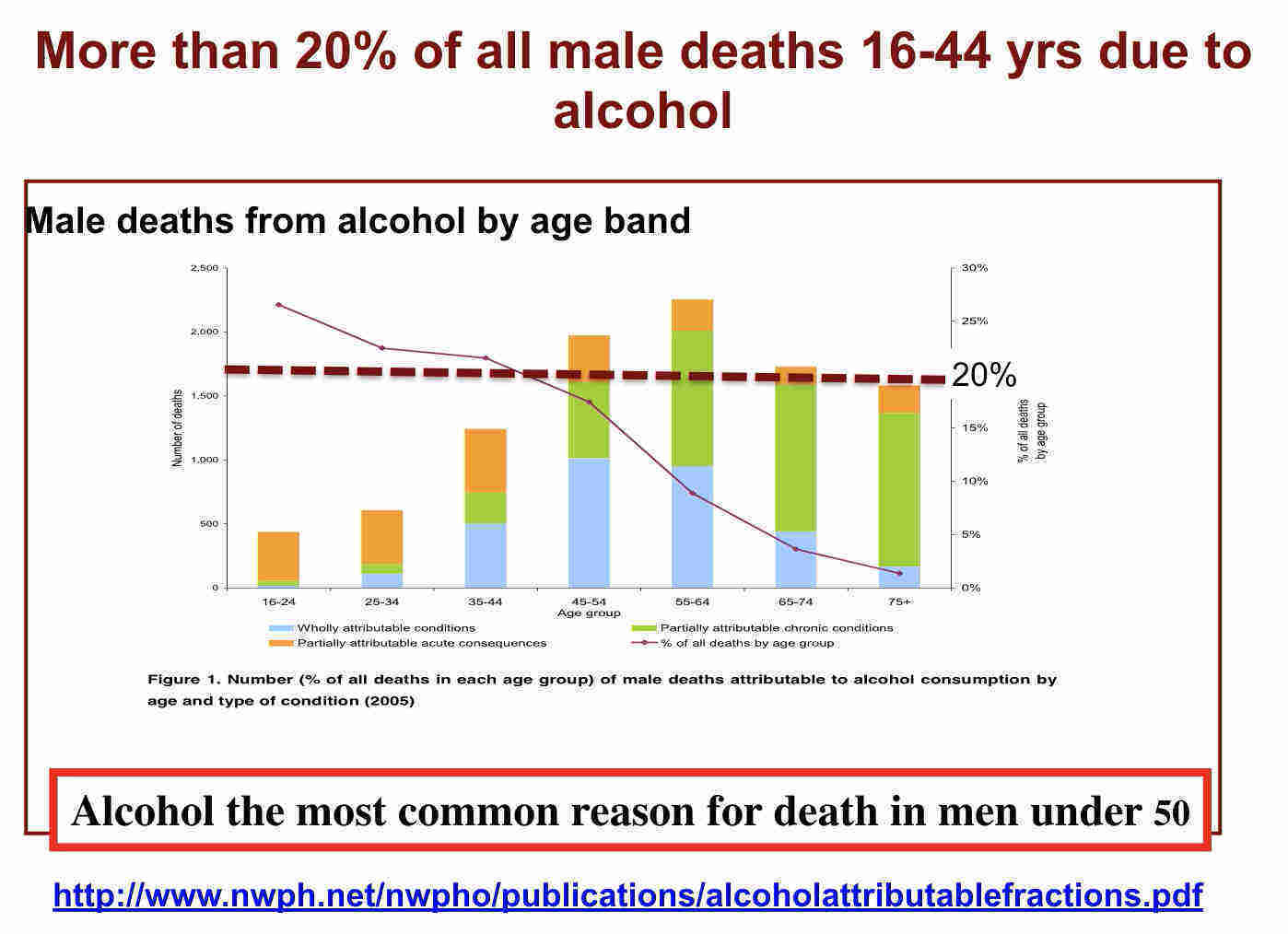 Professor Nutt concludes this segment by presenting estimates of how much alcohol is consumed in the different countries in the world, the effect on mental impairment of users, and the social cost. 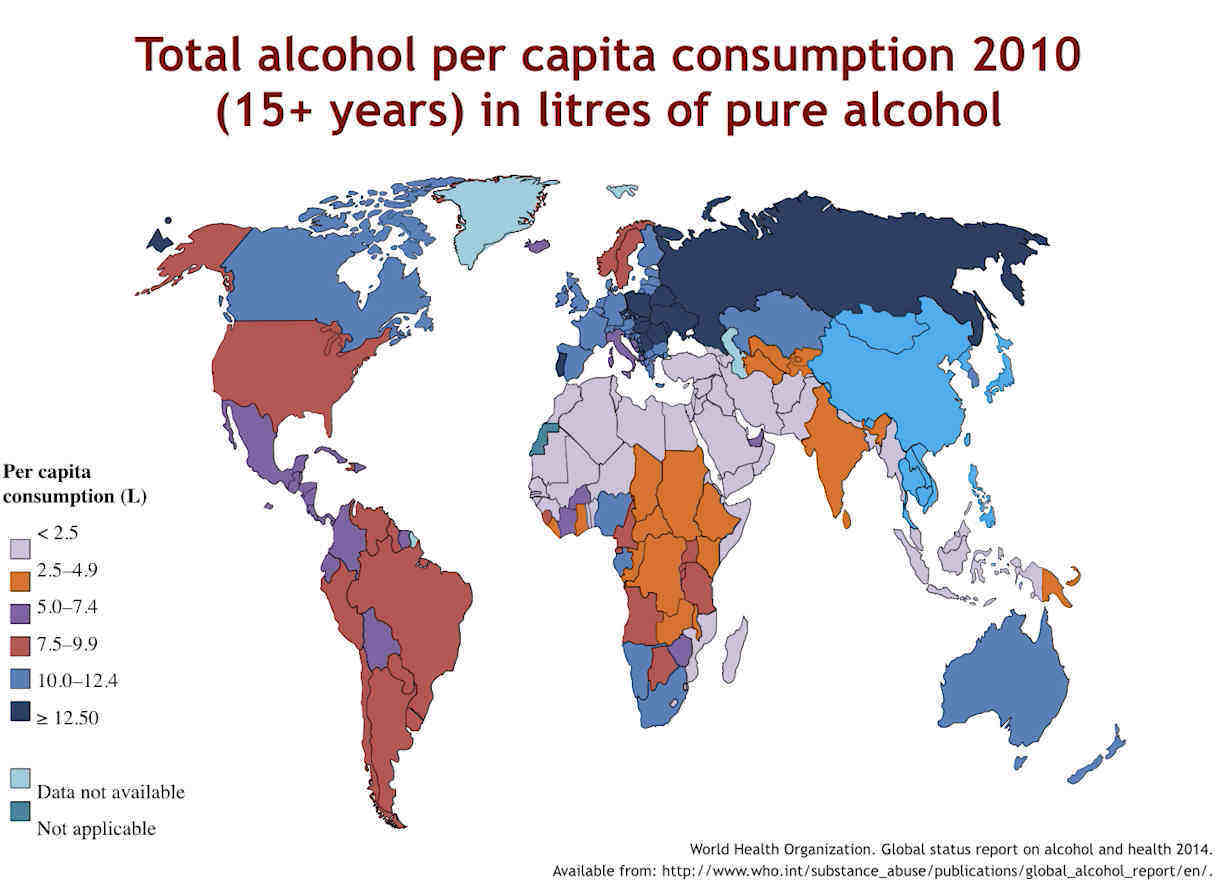