Professor Jacka is a psychiatric epidemiologist, Director of the Food and Mood Centre and founder and president of the International Society for Nutritional Psychiatry Research (ISNPR). She is an NHMRC Career Development Fellow at Deakin University in Australia, within the IMPACT SRC at the School of Medicine. She also holds Honorary Principal Research Fellow appointments at the Centre for Adolescent Health, Murdoch Children’s Research Centre; The University of Melbourne; and the Black Dog Institute in NSW.

If we want to think about prevention, we need to be really thinking about these early time periods.

Between 25-30% of young people in Australia are overweight or obese and 65% of the adult population. One of the primary drivers of systemic inflammation is adipose tissue, particularly around the gut.

The higher the level of adherence to a Mediterranean style diet, the lower the risk for new depression over that time frame. 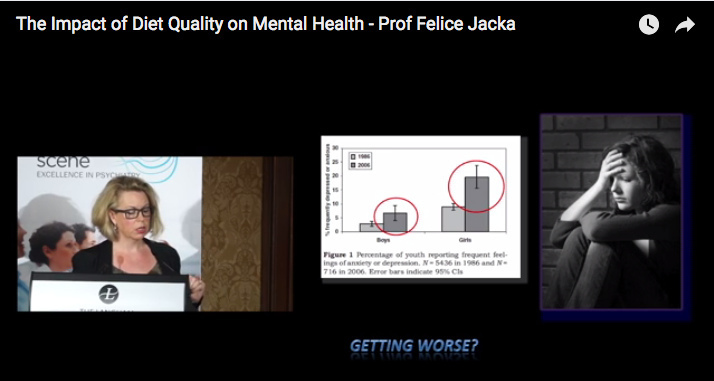 Two important studies (1 &2) led by A/Prof Jacka found that for each standard deviation increase in the unhealthy ‘Western’ dietary pattern, there was an increase in the odds ratio for the mood disorders – major depression, dysthymia, and bipolar disorder; however, not with anxiety in this particular case (the results were adjusted for age, education, SEIFA (Socioeconomic indexes), PA (Physical activity), smoking, alcohol, energy intake, and BMI). 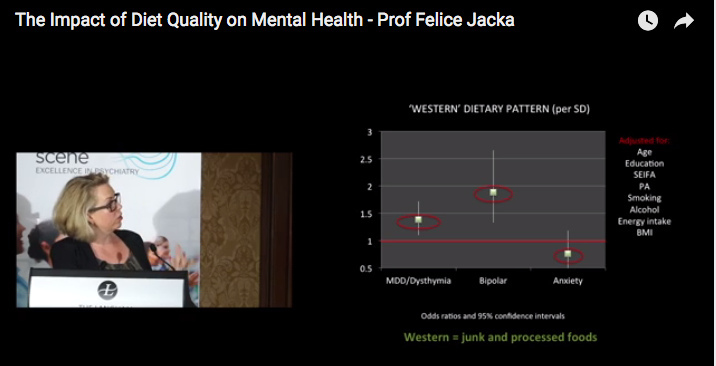 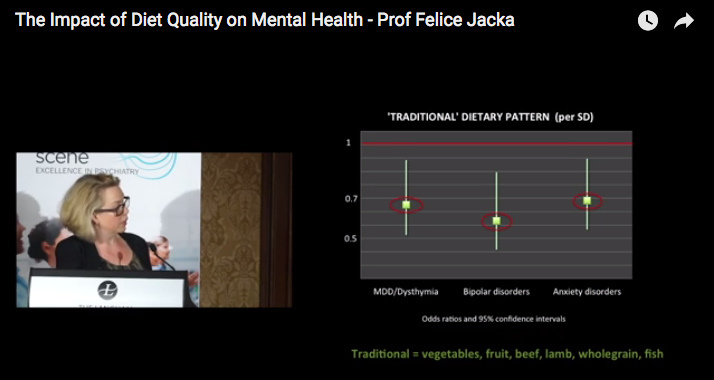 The SUN cohort study (4) looked at the participants’ level of adherence to a Mediterranean-style dietary pattern (which is a very healthy way of eating), and they tracked them for about 4 ½ years, looking for the incidence of depression. 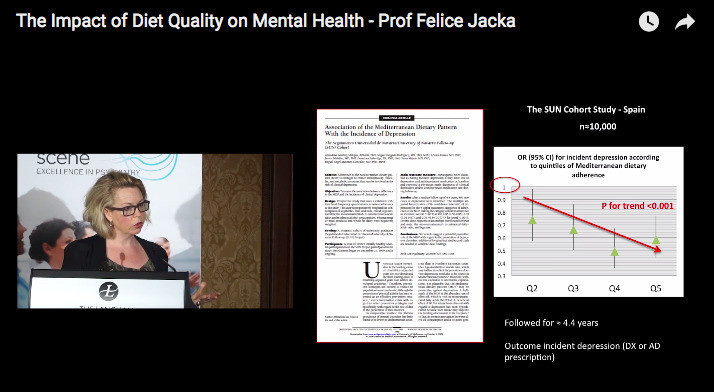 The Whitehall II cohort study (5) found that higher scores on the Western-type dietary pattern predicted de-novo depression over the 5-year follow-up period and those on the whole food dietary pattern had a reduced risk; not explained by reverse causality. 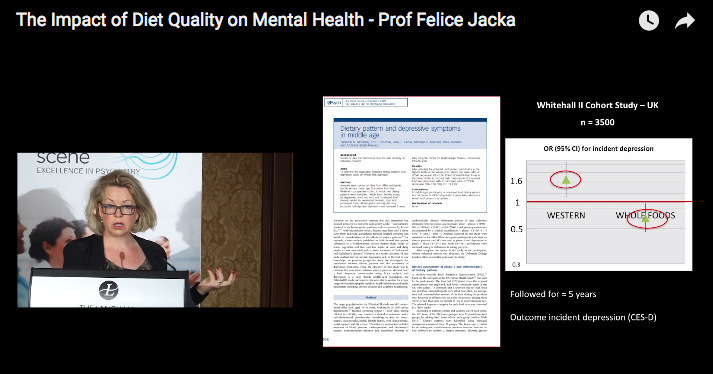 A detrimental relationship was found between TFA (trans unsaturated fatty acids) intake and depression risk, whereas weak inverse associations were found for MUFA, PUFA and olive oil. These findings suggest that cardiovascular disease and depression may share some common nutritional determinants related to subtypes of fat intake. 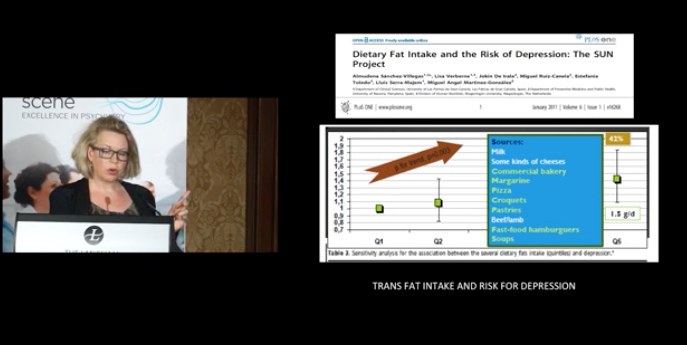 Another study (7) investigating the relationship between fast food and commercial baked goods consumption showed an almost 40% increase in new depression over time.