Illegal Drugs and the Analysis of Harms By Prof David Nutt

The hysteria around cannabis (…) is largely a politically motivated campaign to avoid the politicians having to grapple with the real problem in Britain in terms of harms of drugs which would drip with the problem of both alcohol and tobacco – and that was not something the Government wanted to hear, largely because they have got a lot of money from the alcohol and tobacco industries.

In the British Misuse of Drug Act and the UN conventions and in the Australian Misuse of Drug Act, there is no definition of what a drug is and that is a major problem – because basically drugs are controlled arbitrarily by individuals that make up the definition.

Professor David Nutt introduces the first of a series of video clips on his presentation and begins by commemorating the time he was relieved of his job due to the public hysteria around cannabis 10 years ago. 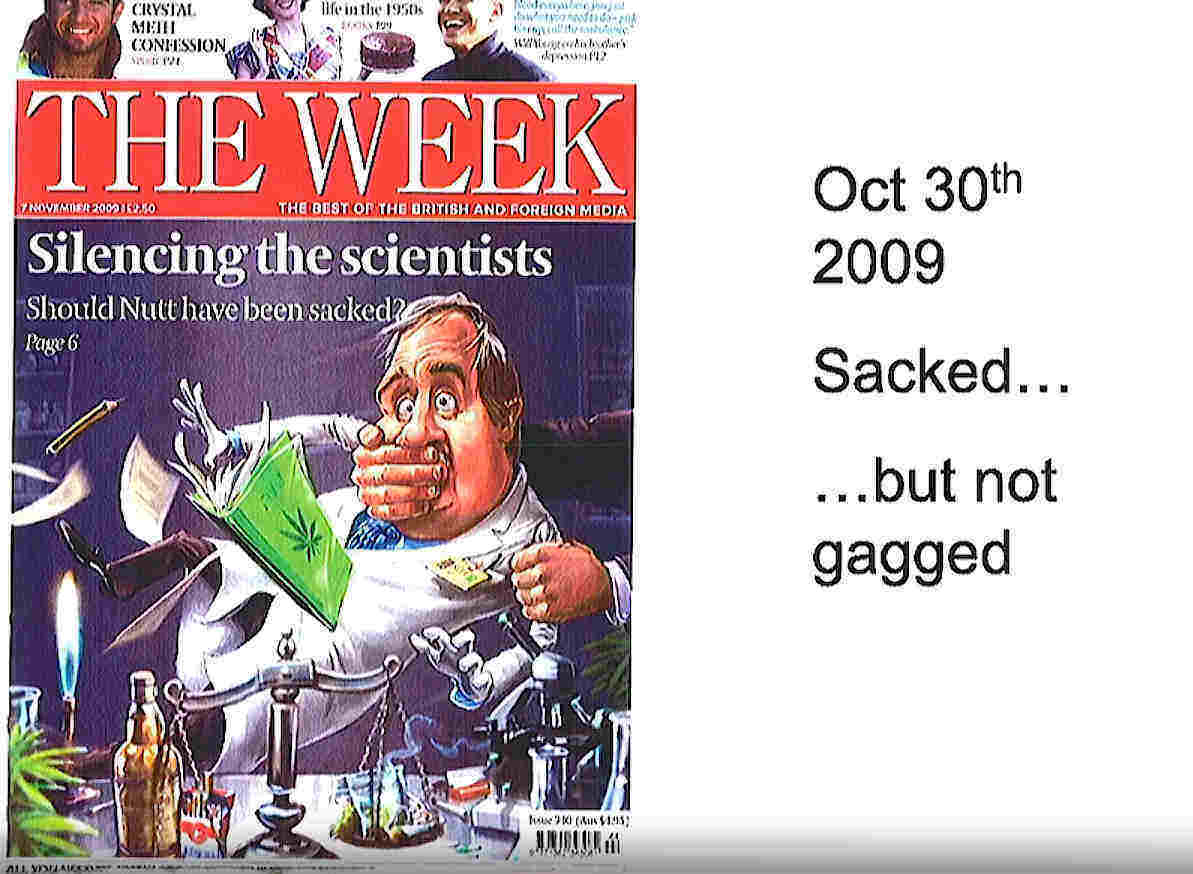 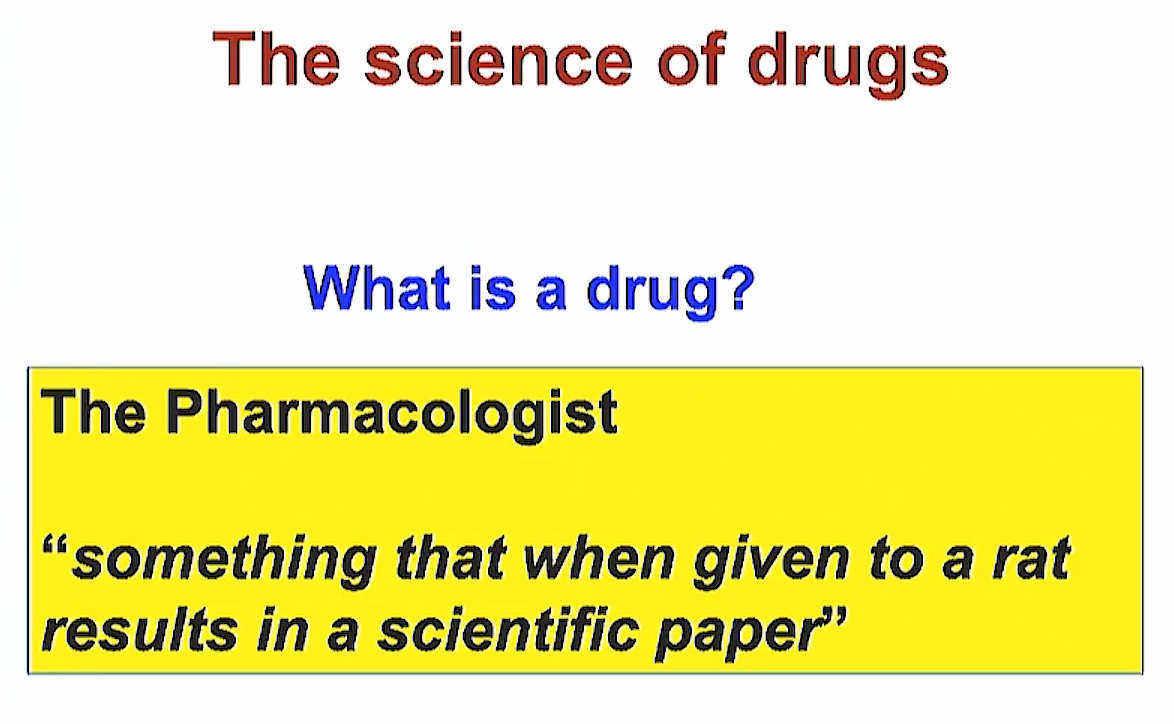 He proposed his own definition of a drug, providing some colorful examples. 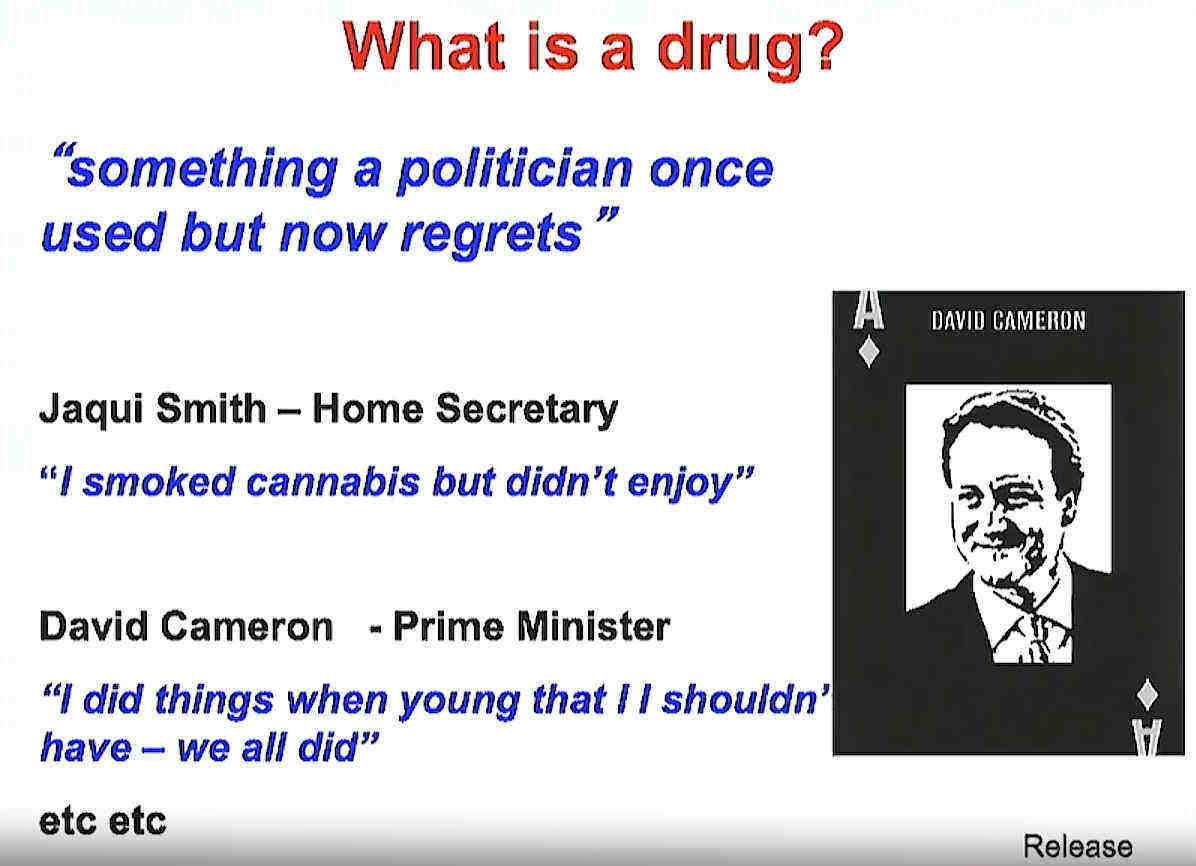 On a more serious note, he questioned why we care about drugs, drug harms and the control of drugs. 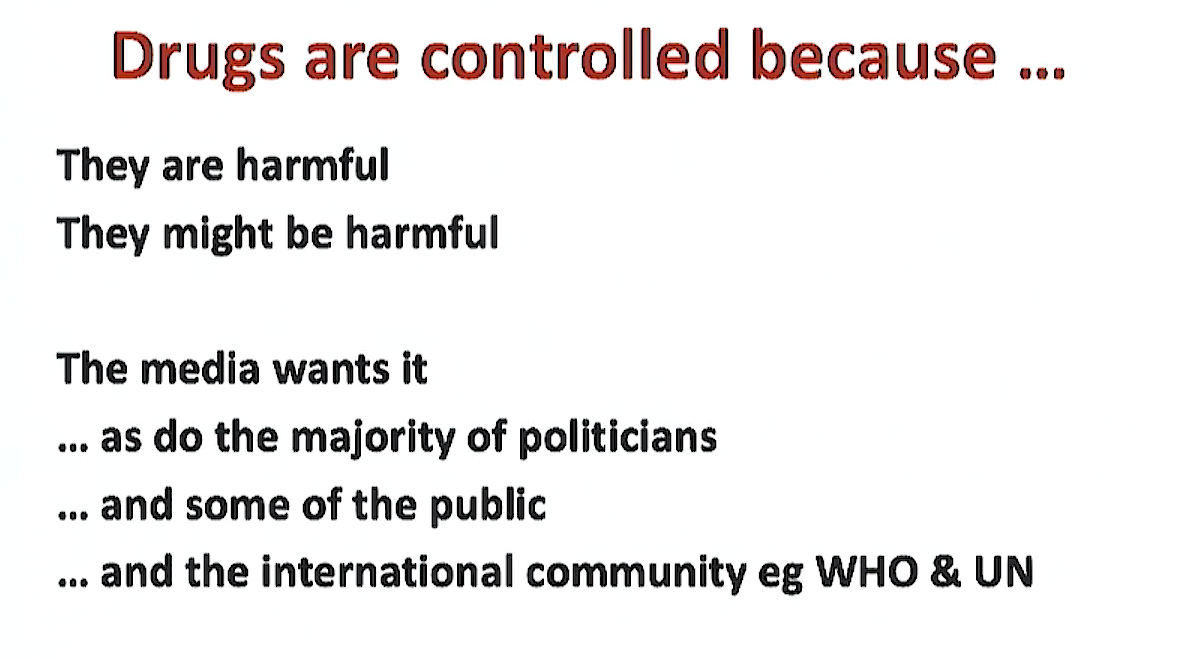 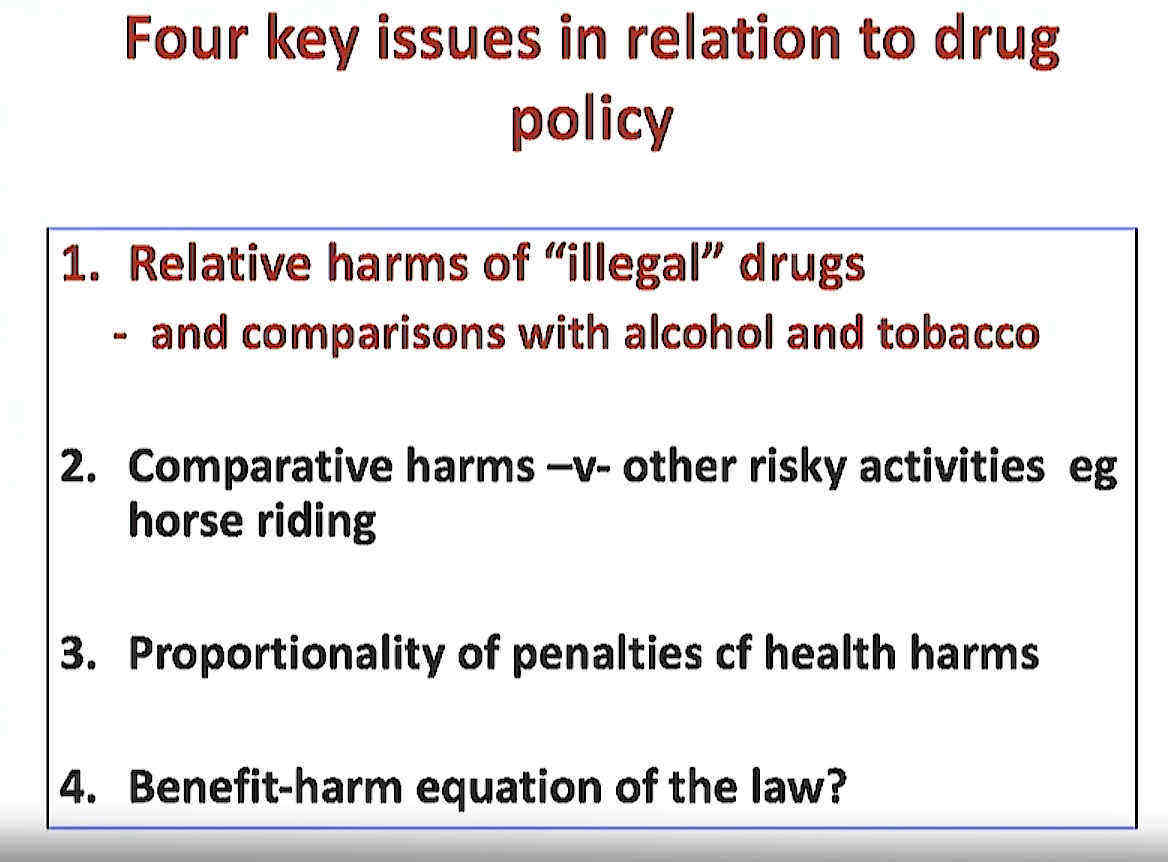 In the 1990s, Viscountess Runciman set up a committee to evaluate the British drug laws and asked Professor Nutt to teach them about the relative harms of drugs. 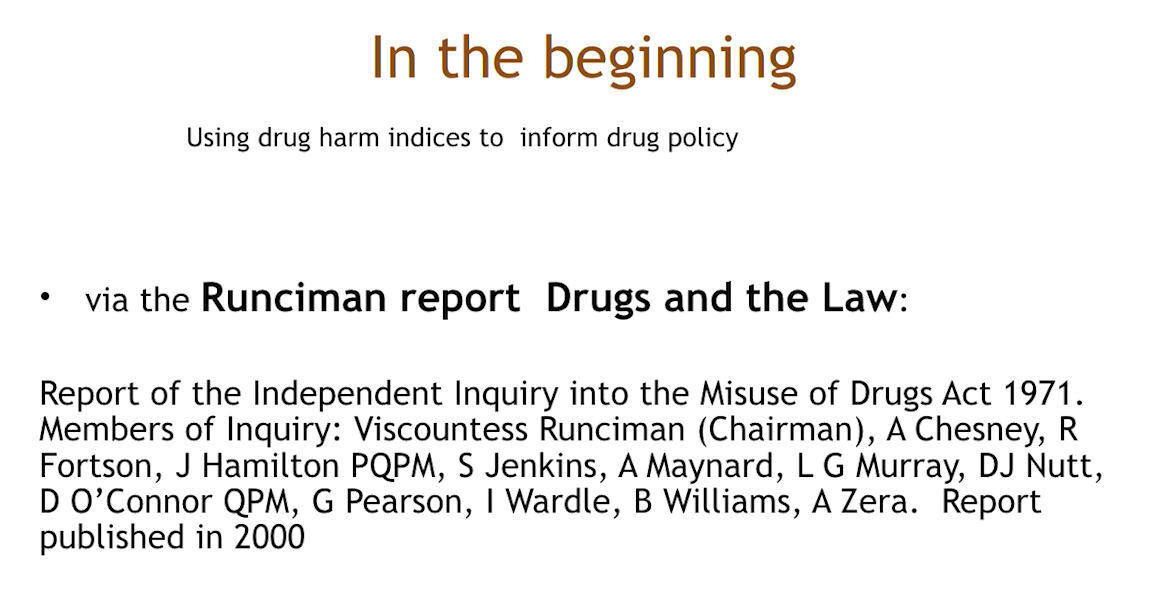 He came up with the nine-point scale of the relative harms of drugs, which was divided into three components. 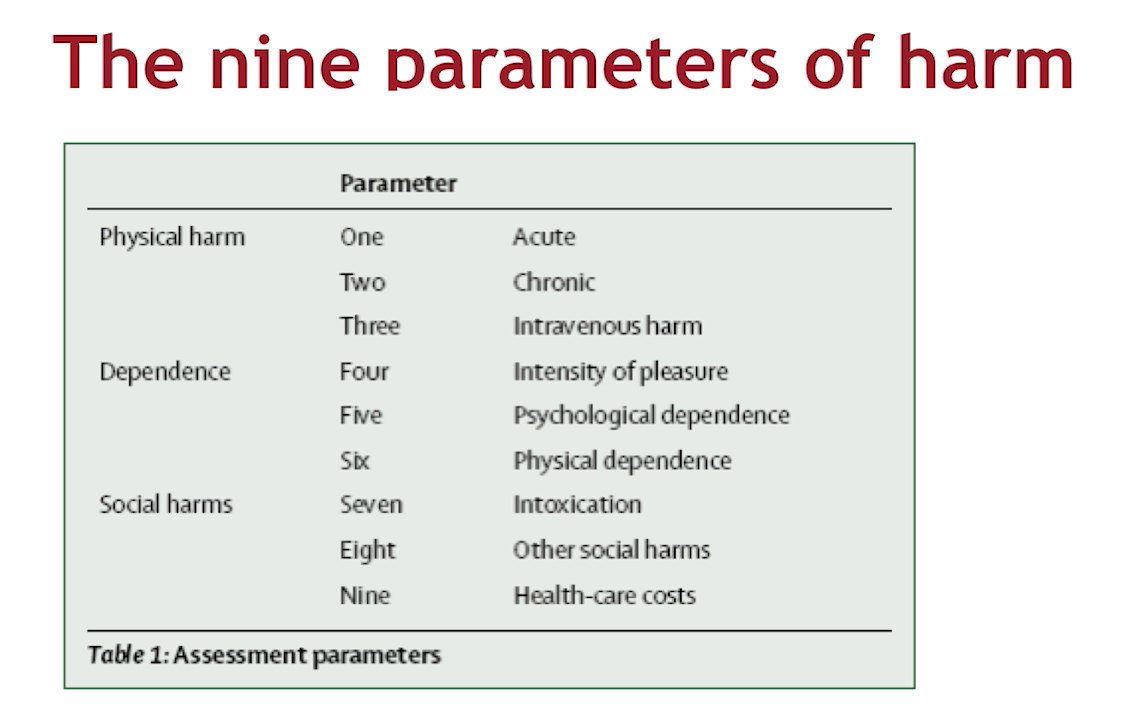 Professor Nutt refers to a systematic analysis that evaluated the different harms associated with controlled and legal drugs, highlighting the lack of correlation between controlled drugs under the Misuse of Drugs Act and their harms. 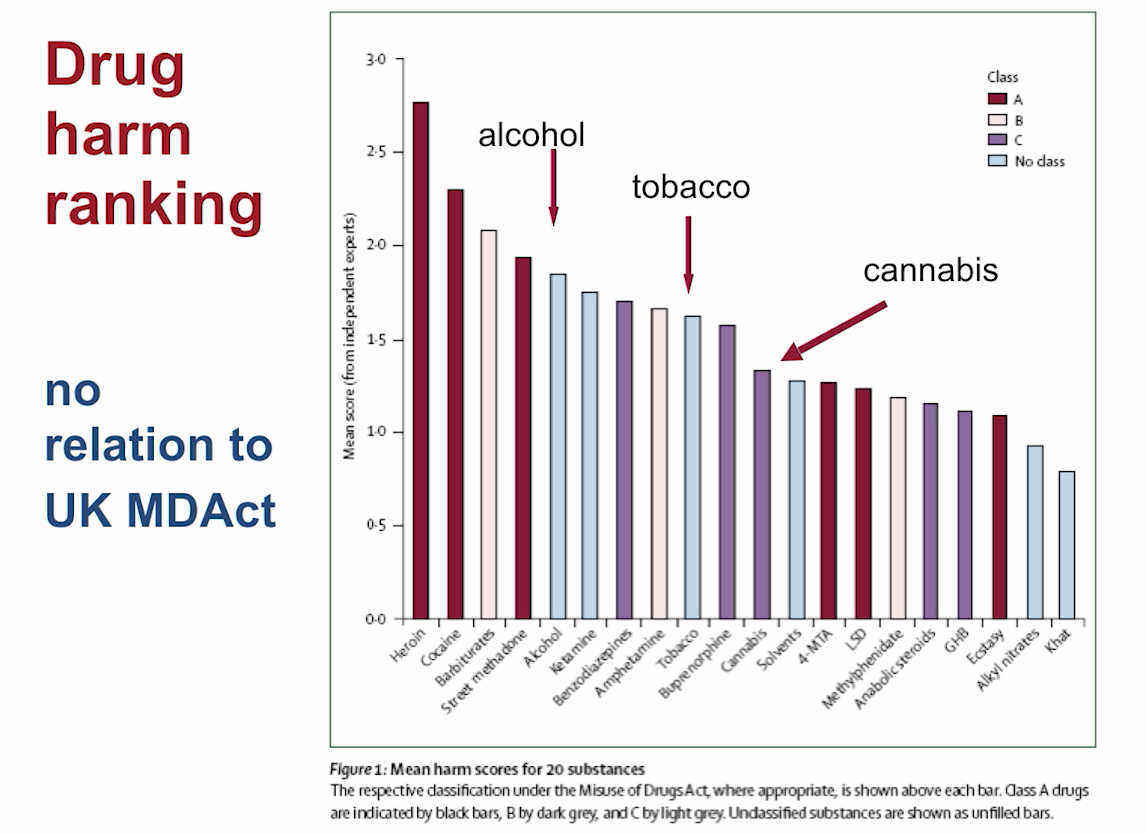 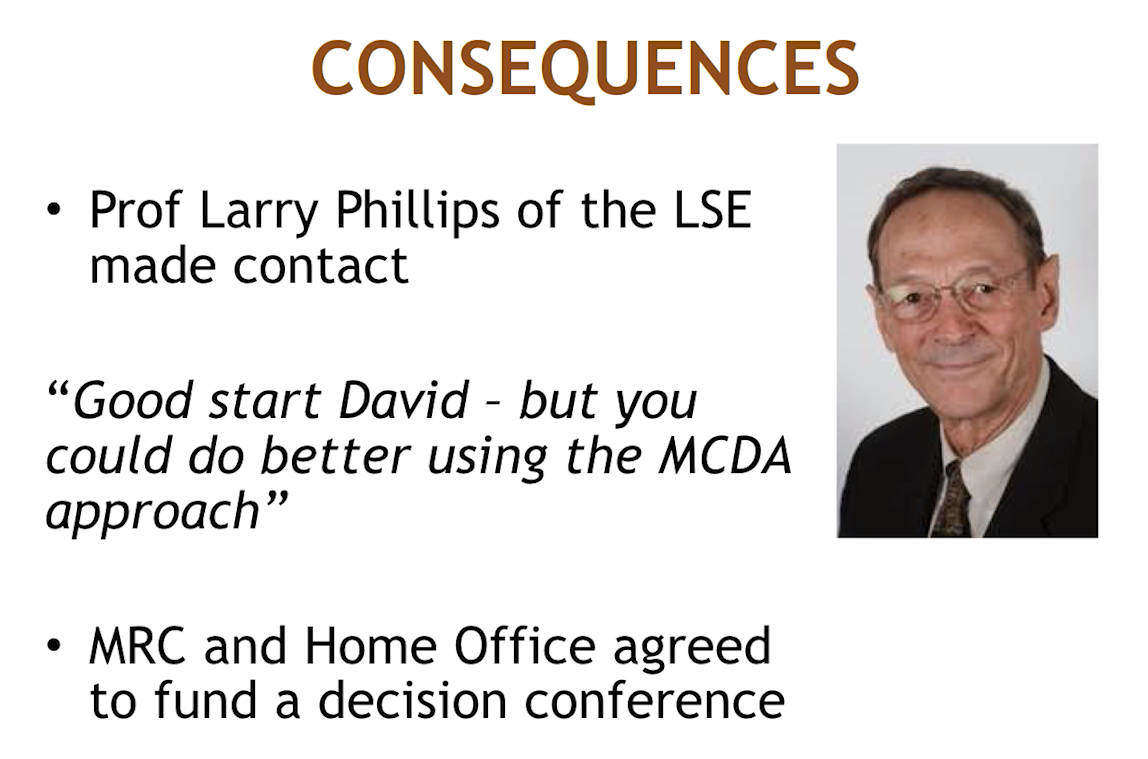