Healthy Diet vs Nutraceuticals in Depression By Prof Michael Berk

The first really good evidence from randomised controlled trials that diet influences mental health came from the Predimed study; this is a fabulous study.

I was asked to review a much larger study looking at exactly the same thing, in one of the very fanciest journals, and guess what? Combination nutraceuticals, iatrogenic, made people worse, worse than placebo.

Professor Berk begins this segment by describing the first good randomized controlled trial which linked diet to mental health, in which a prescribed Mediterranean diet reduced the risk of developing depression by 30-40%. 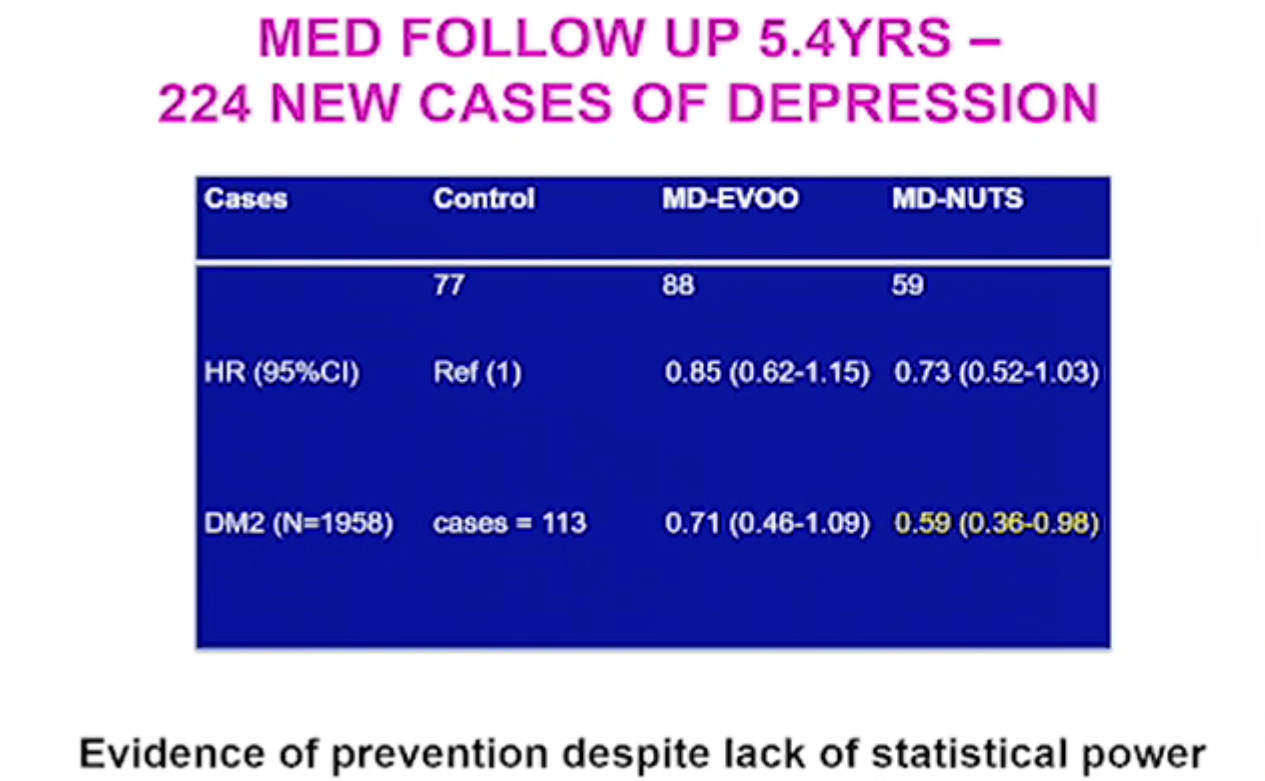 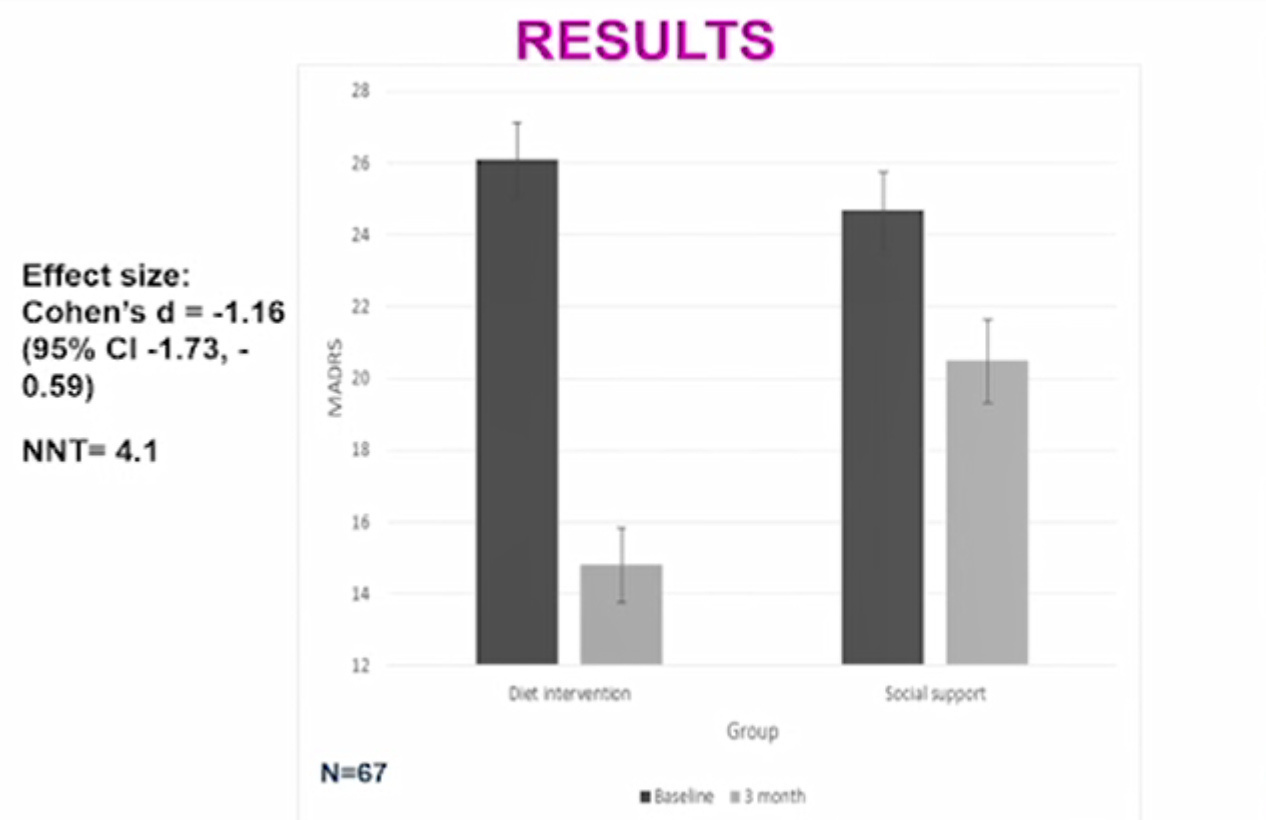 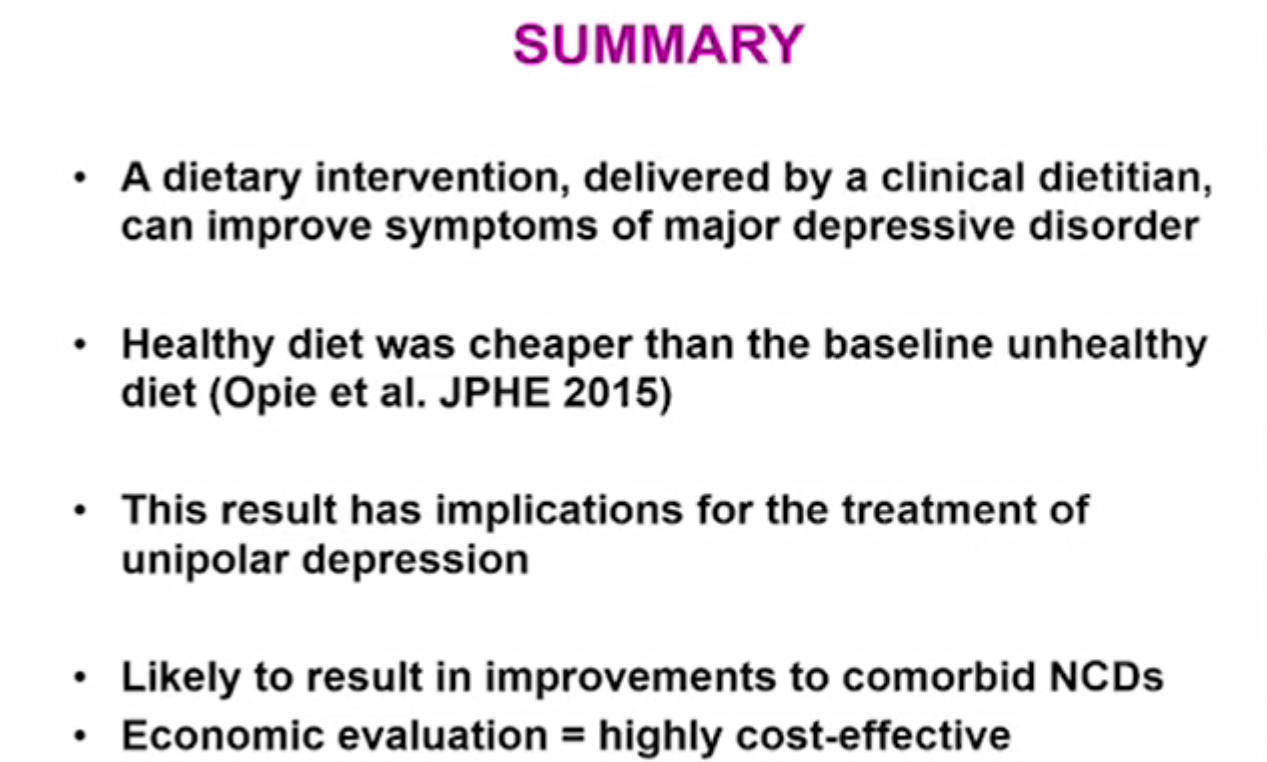 He moves on to talk about the use of supplements in treating depression, and that a recent meta-analysis found some evidence of improvements with certain nutraceuticals. 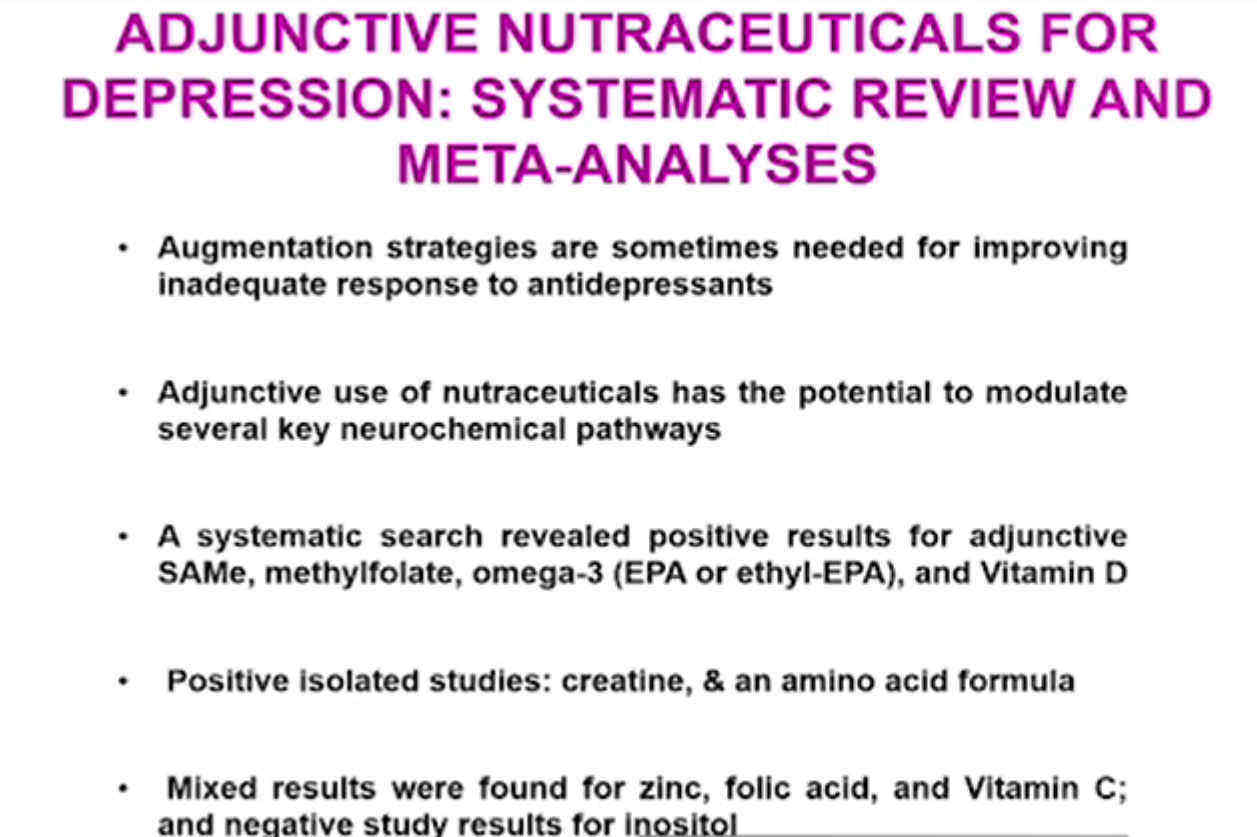 He describes a large study in which adults with major depressive disorder were treated with a cocktail of ‘useful’ supplements or placebo for 8  weeks. The results of the study were negative. Placebo performed better than the supplements in reducing depressive symptoms, hence the supplements had made patients worse. 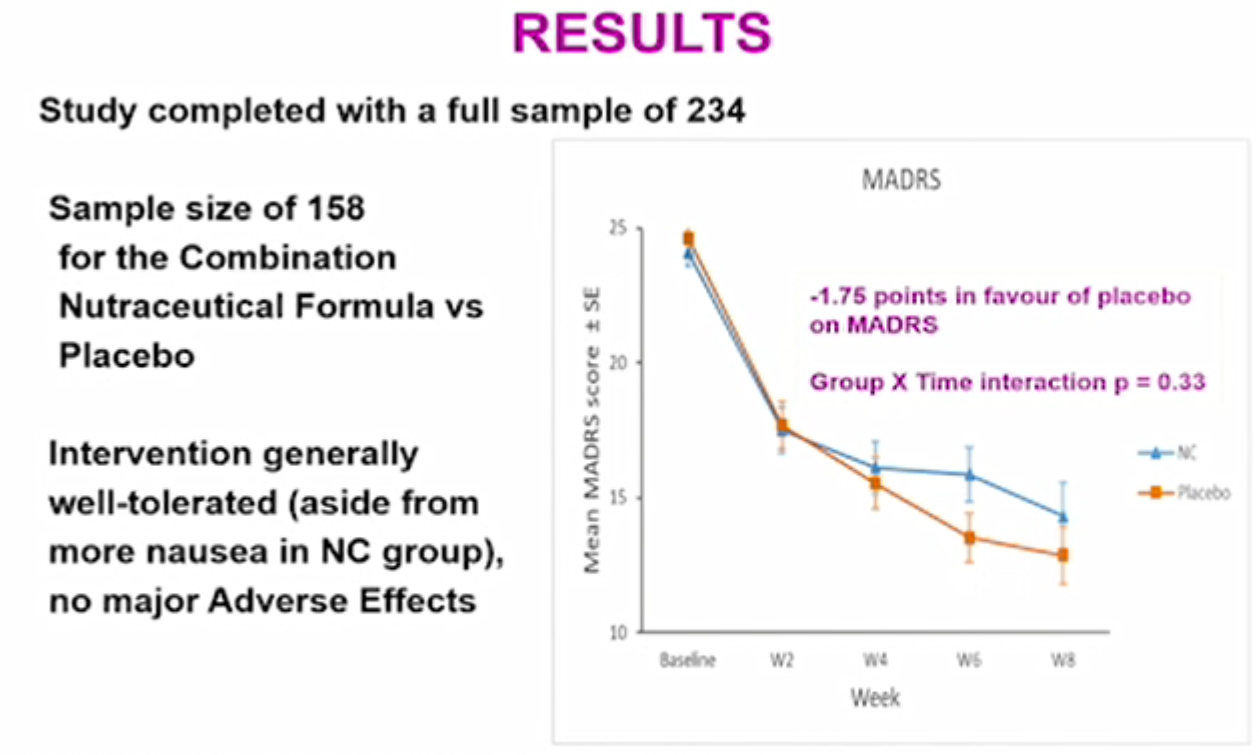 Professor Berk concludes with 5 key recommendations for the prevention and treatment of depression. 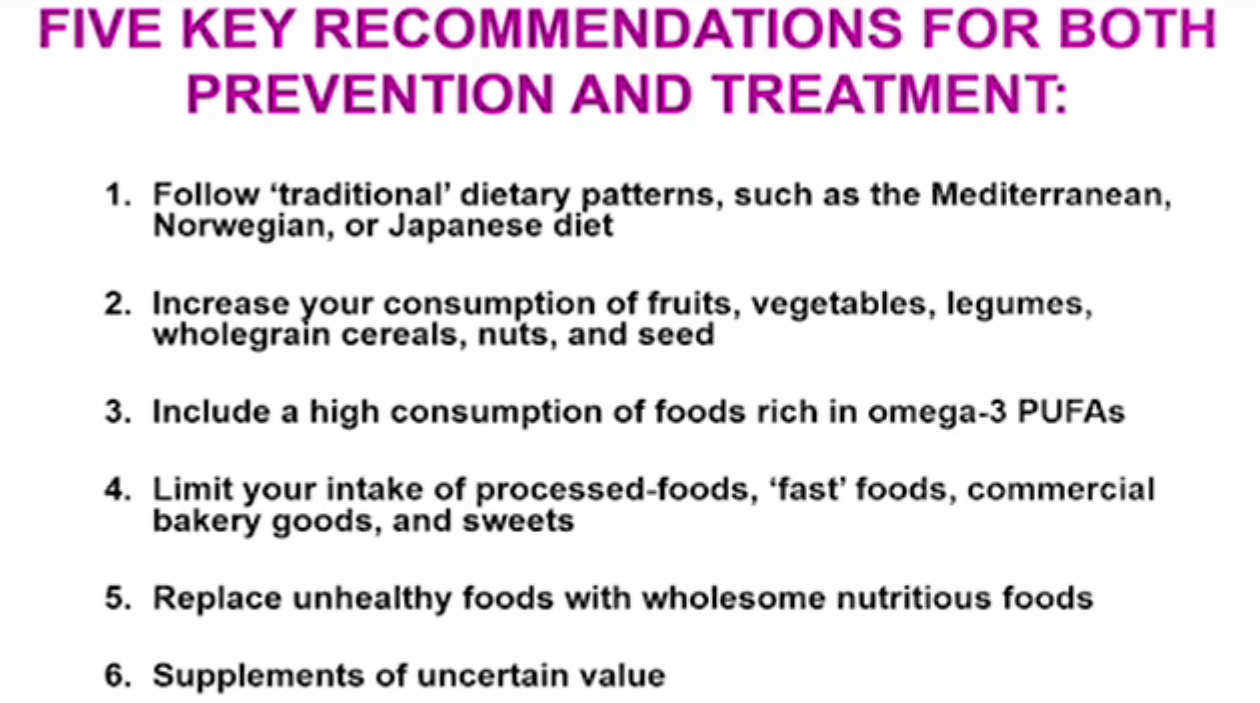