Dr. Shaun Green is a clinical toxicologist and emergency medicine physician who works at Austin Health in Melbourne. He is currently the medical director of the Victorian Poisons Information Centre and director of the Austin Hospital Clinical Toxicology Service. Shaun trained as a clinical toxicologist in the United Kingdom where he developed a keen professional interest in recreational drugs. His research interests include novel psychoactive substances and pharmaceutical opioid harm reduction.

It’s fair to say that international control of fentanyl and fentanyl analogues have been somewhat a reactive process which is understandable. These molecules emerge every year as home chemists simply modify the structure and so the legislation passed by jurisdiction or countries reflects the finding of what people are dying from in that particular time.

Why the USA, and why not so much Europe and why not Australia? Well, I think the bottom line is that many events in the last 20 years have led to a very, very large number of users in the US – and the US probably doesn’t know exactly how many people – but the early 2000s saw a period of social and economic deprivation and massive over-prescribing of prescription opioid analgesics. Hundreds of thousands of people became addicts.

Dr. Green begins this video excerpt with a discussion of the different fentanyl analogues, in particular, carfentanil which is of most interest and has made the news most often. Carfentanil was synthesized to sedate large animals, not humans. 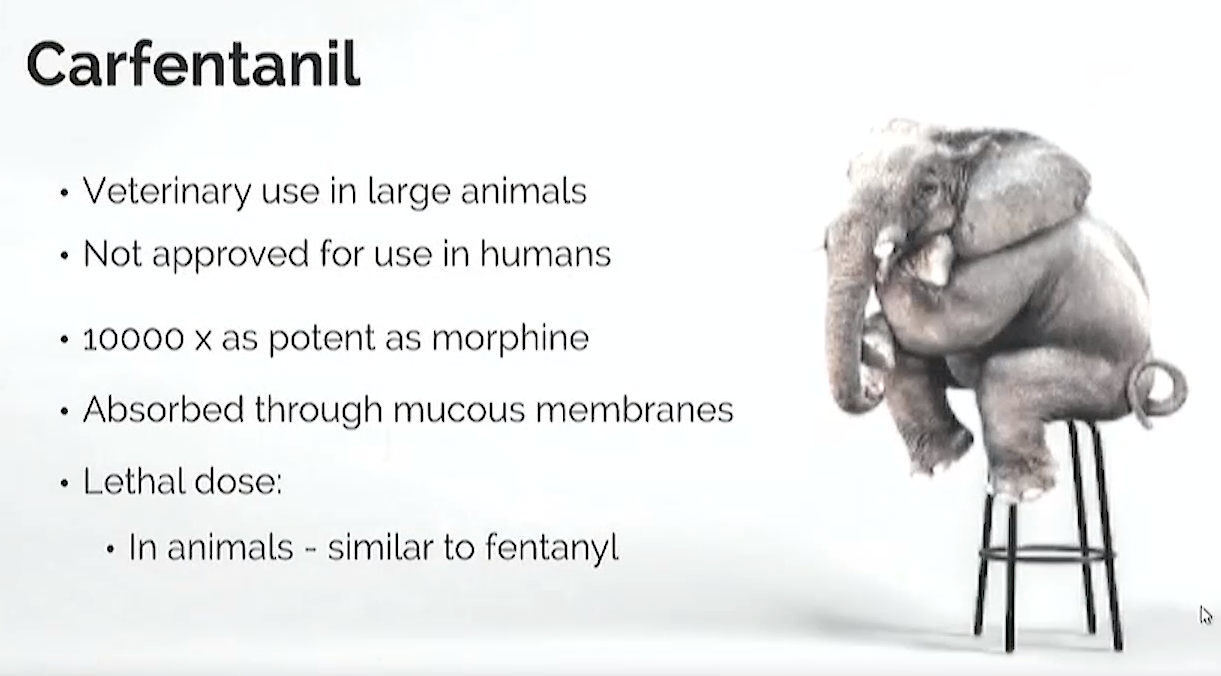 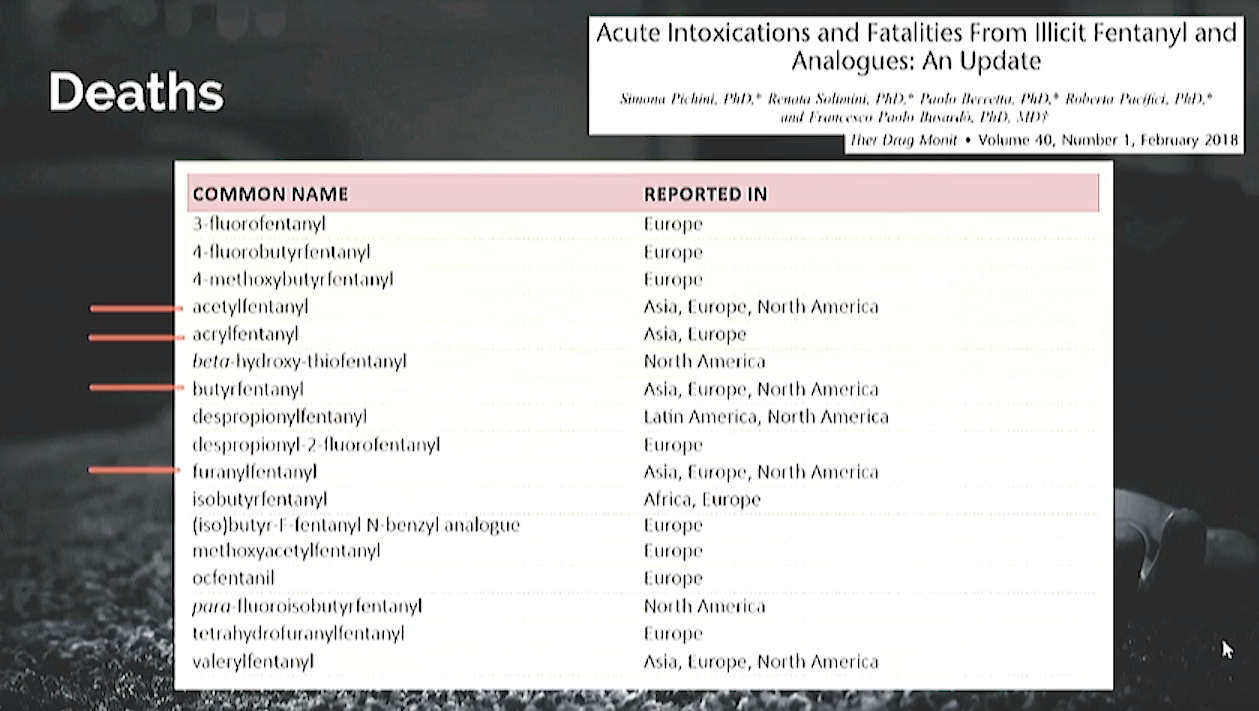 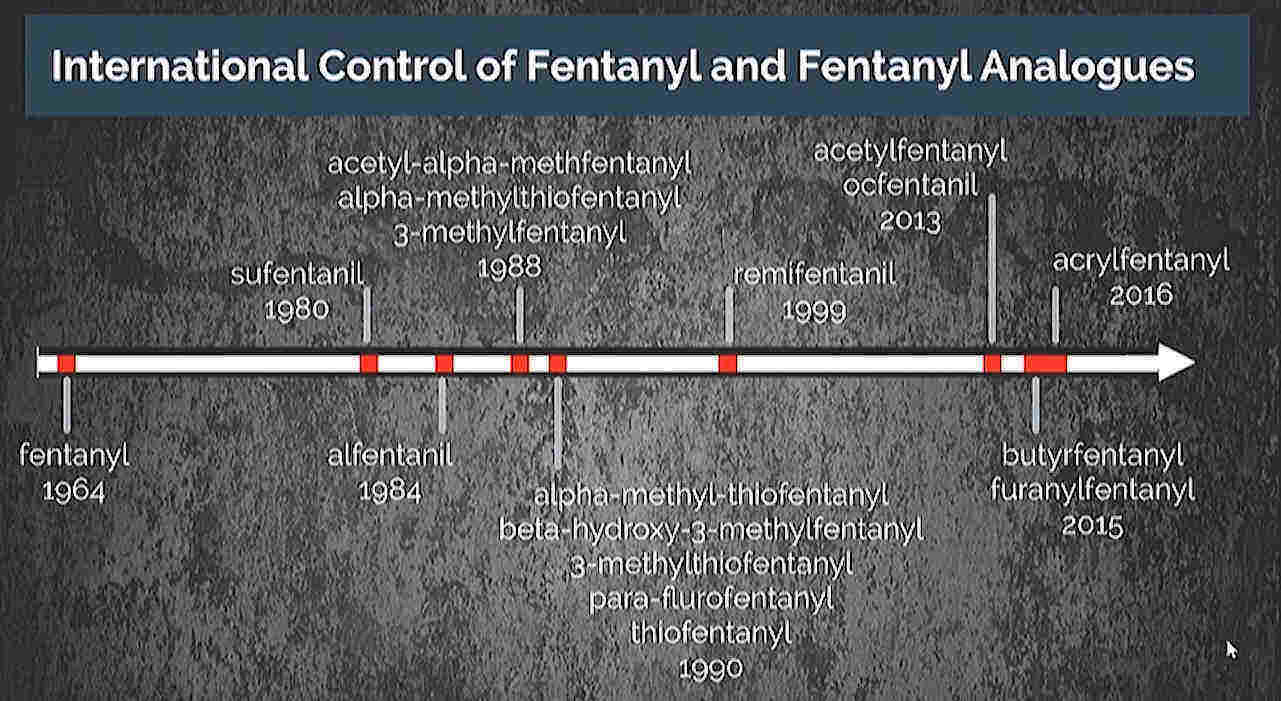 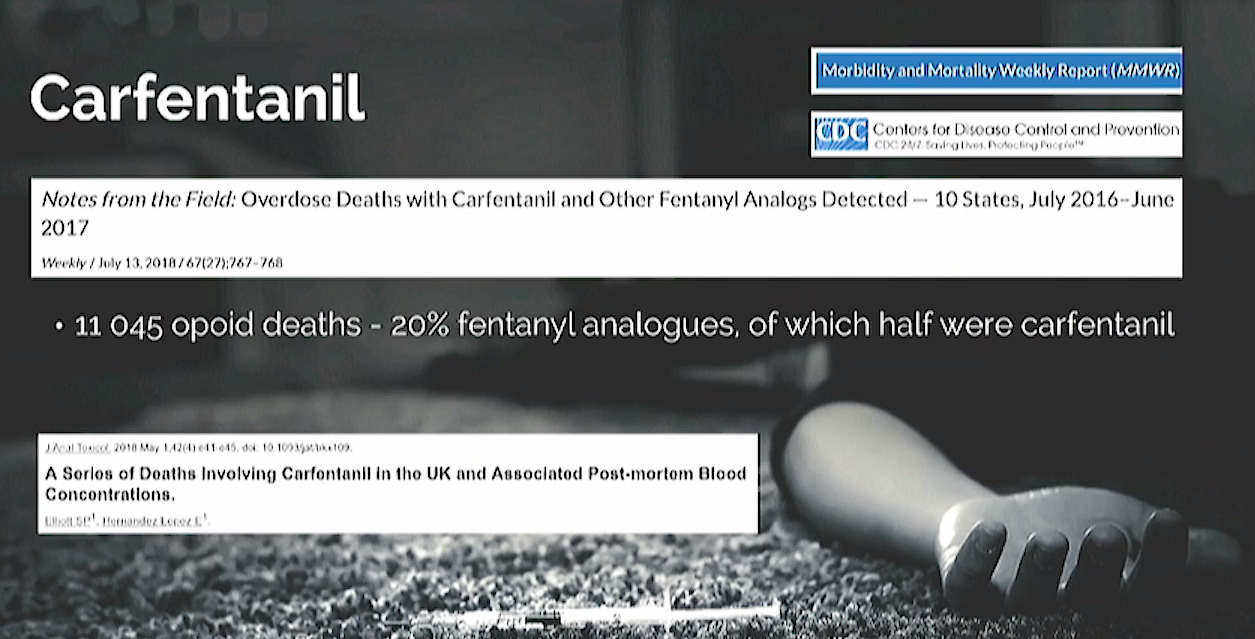 Looking at an overall picture of what is happening in North America is important as Australia tends to follow the US in trends, such as with the opioid crisis. 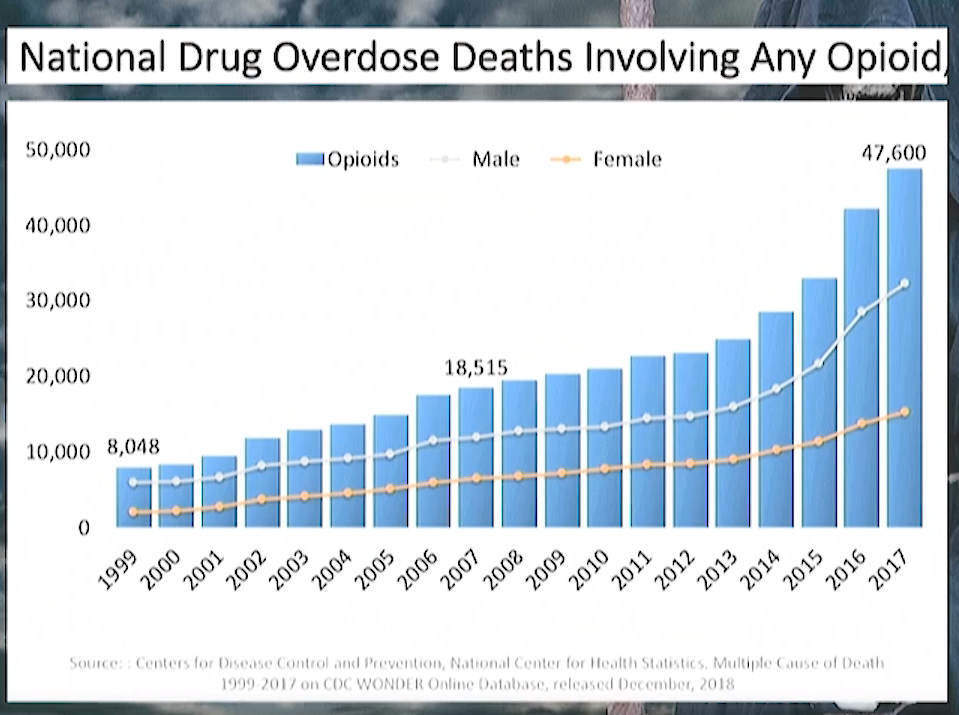 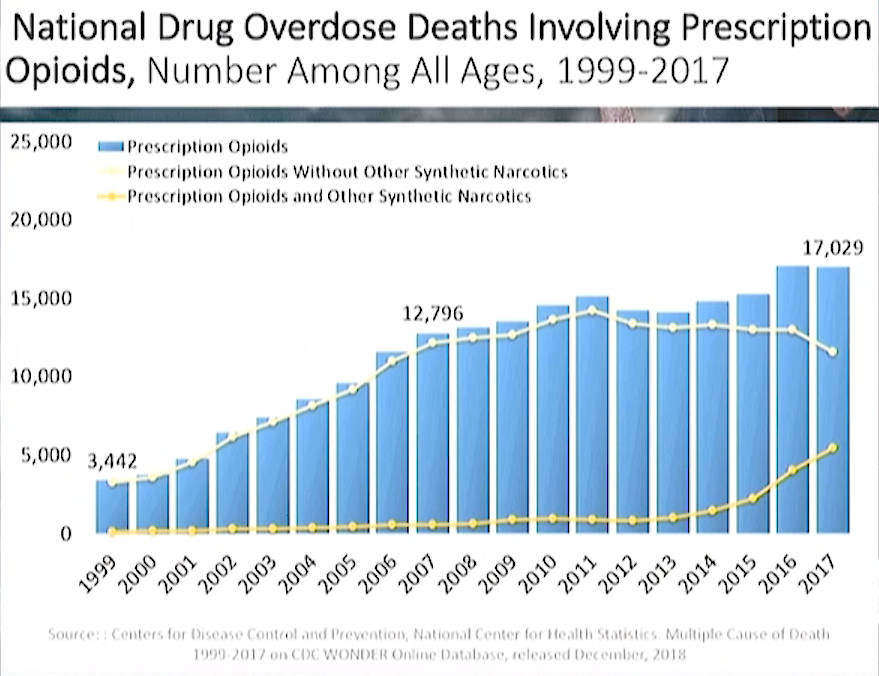 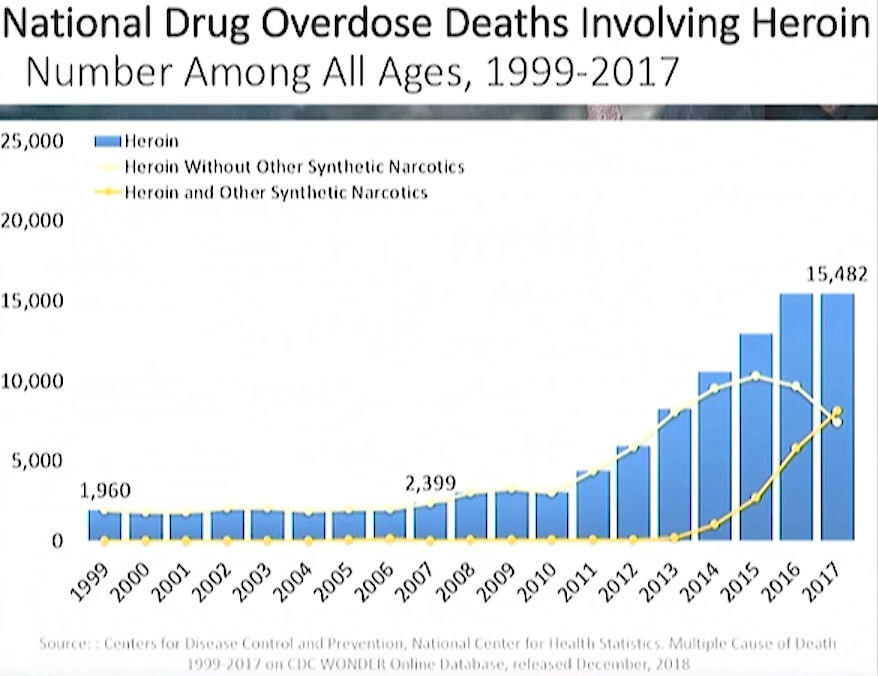 The presentation concludes with a look at the future and how existing treatment measures in the community may need to change should the fentanyl problem escalate.