Dr. Shaun Green is a clinical toxicologist and emergency medicine physician who works at Austin Health in Melbourne. He is currently the medical director of the Victorian Poisons Information Centre and director of the Austin Hospital Clinical Toxicology Service. Shaun trained as a clinical toxicologist in the United Kingdom where he developed a keen professional interest in recreational drugs. His research interests include novel psychoactive substances and pharmaceutical opioid harm reduction.

Fentanyl is a synthetic opioid agonist. It has a structure quite different from heroin and morphine, the naturally-occurring opiates, but it’s a potent mu-receptor agonist. That means it’s a very good analgesic, but it also produces euphoria which is one of the reasons it is misused, and quite potent respiratory depression.

It’s used to adulterate other drugs and increase profit margins. It’s important to remember that’s not only heroin, there’s plenty of reports of stimulants including cocaine being adulterated with fentanyl and fentanyl analogues – with disastrous consequences. And of course, counterfeit pharmaceuticals, particularly oxycodone may have fentanyl mixed in with it.

Dr. Green begins his presentation with an overview of the extent of fentanyl use over the past 10 years showing a marked increase. He describes the chemical nature of fentanyl compared with heroin and morphine and how its lipophilic properties render it highly potent. 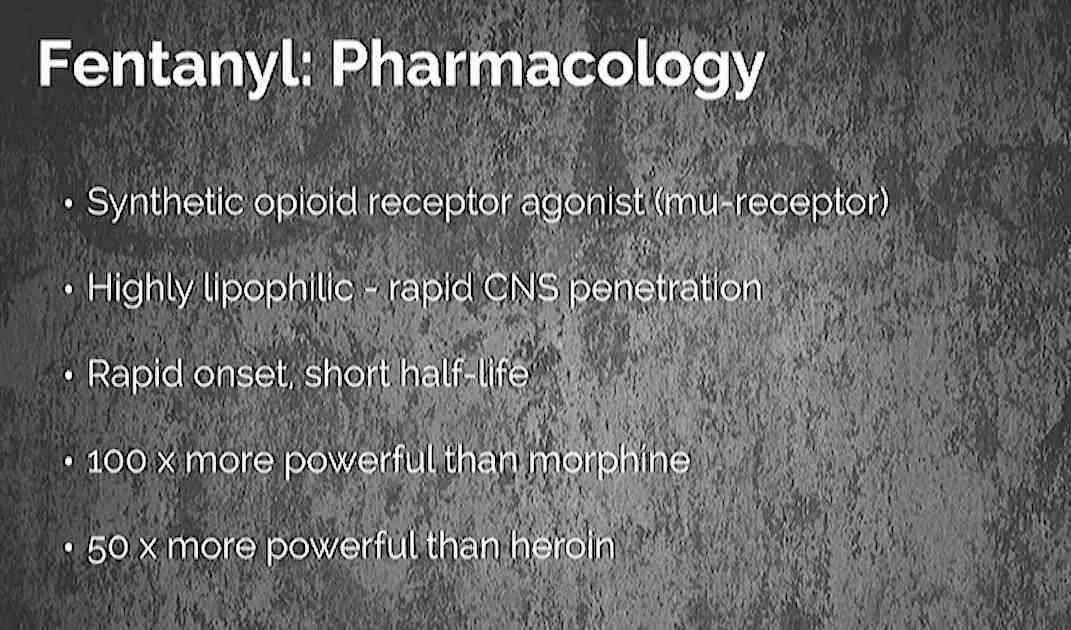 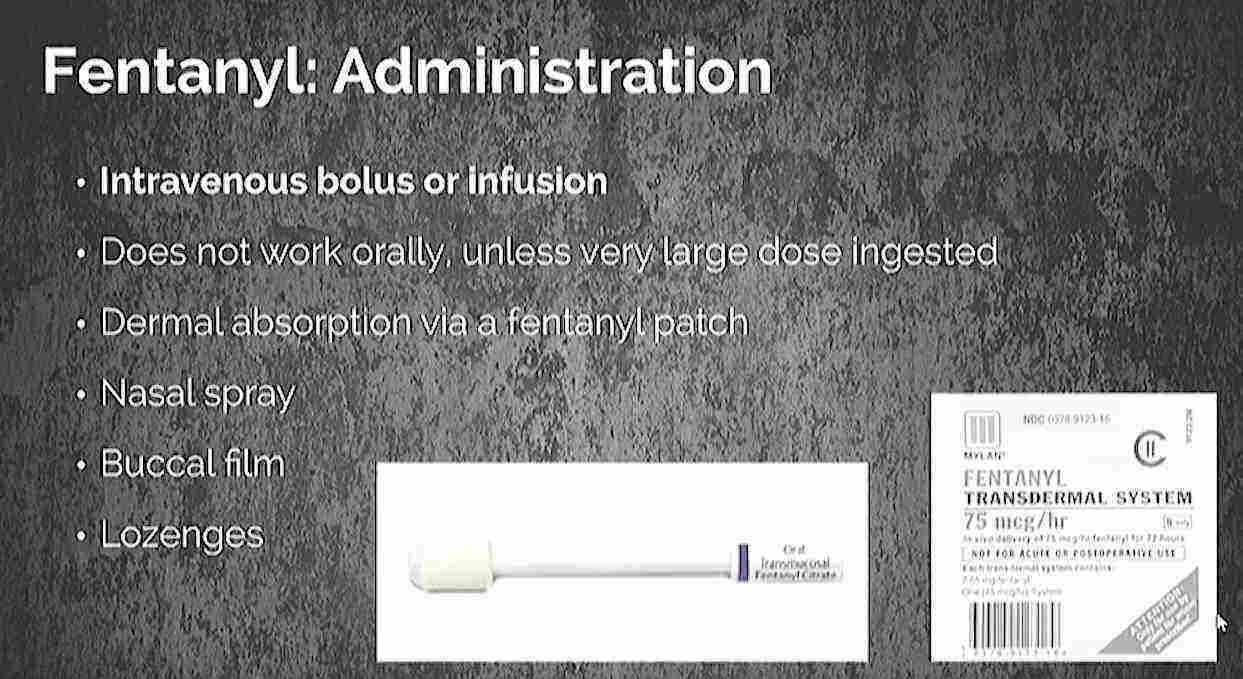 He goes on to discuss the clinical effects include chest wall rigidity where large rapid doses can cause intercostal muscles to become paralyzed. 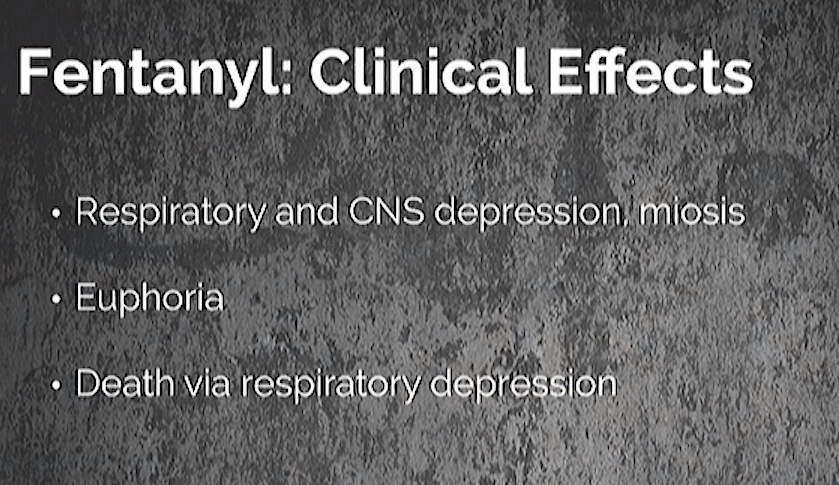 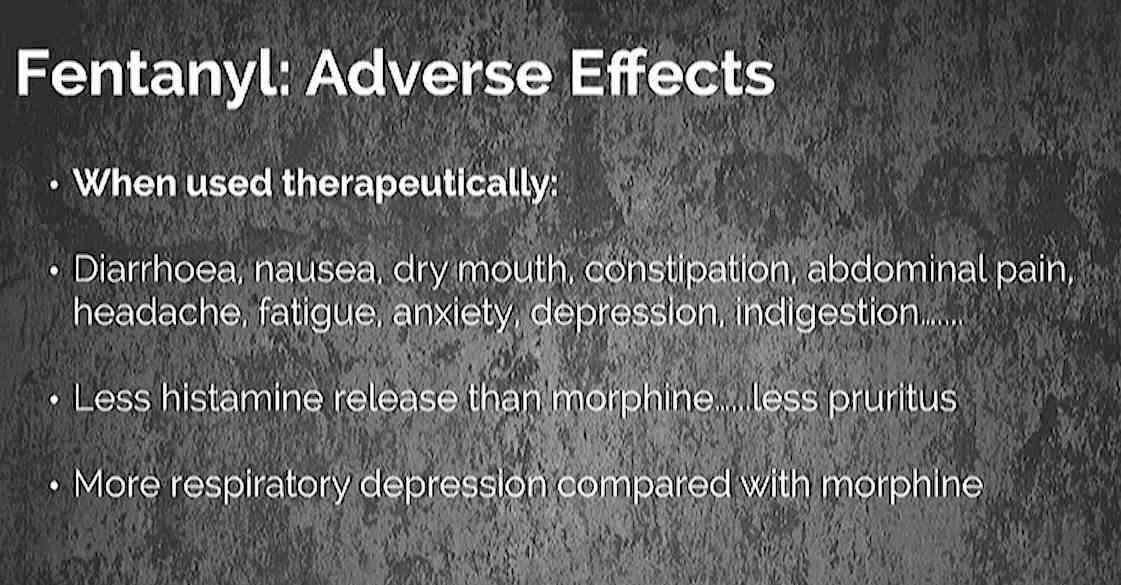 Dr. Green explains why it is misused and the problems associated with ease of manufacture and transport and shows how fentanyl is extracted from the gel reservoir within the transdermal patch. 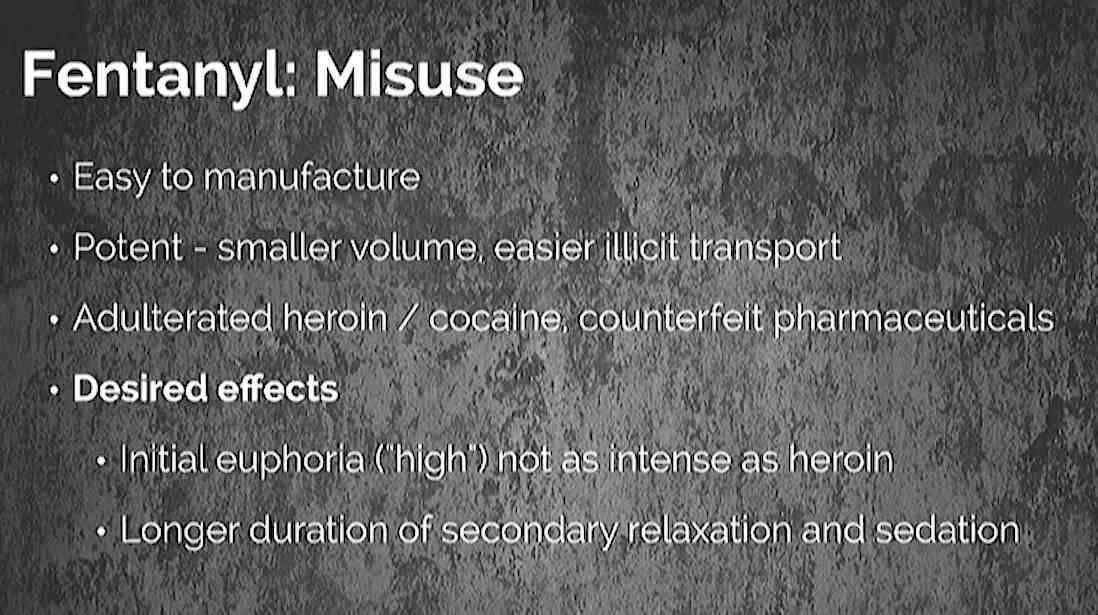 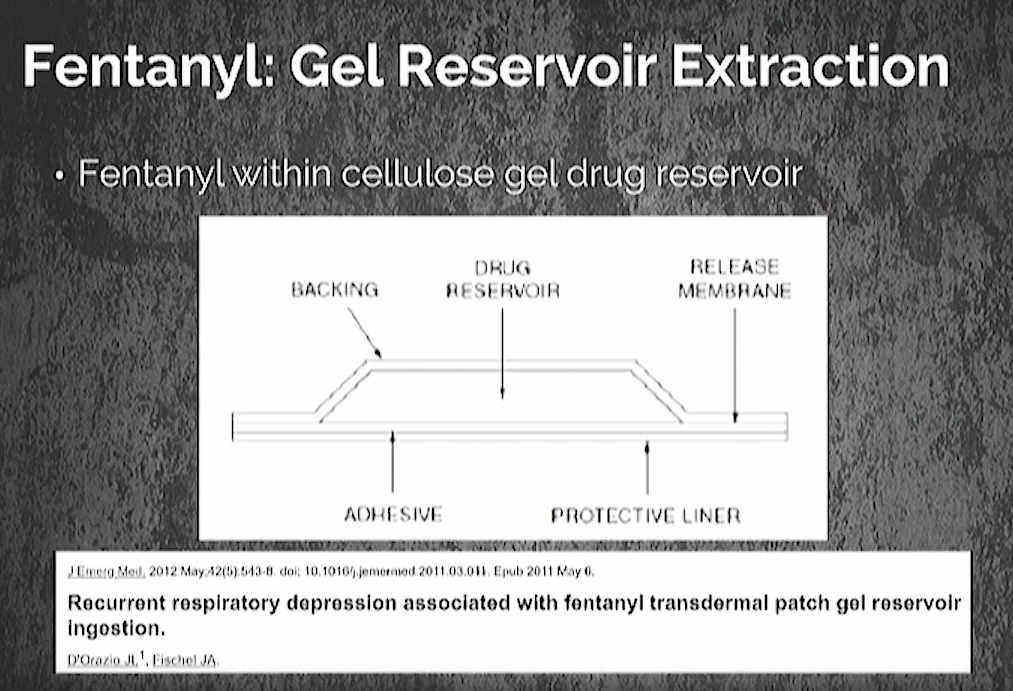 This video excerpt concludes with a look at the statistics for overdose deaths associated with fentanyl in North America, Canada, and Australia. 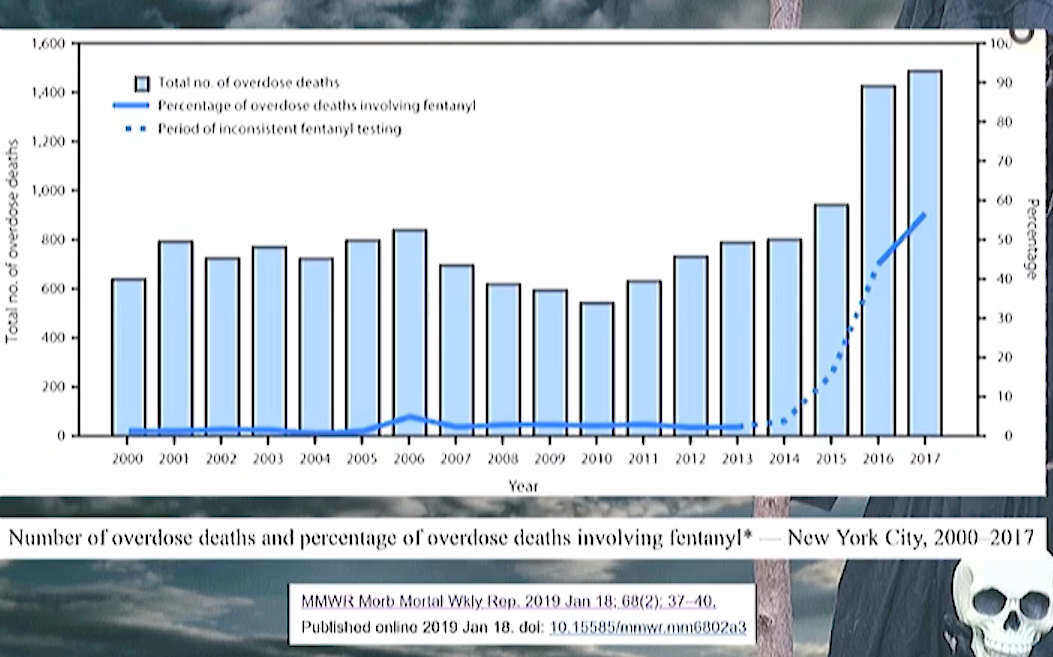