It’s true that anti-depressants may help some people, but they don’t help all people, and they don’t take people back to remission. The same is true of psychotherapy. My view is if you really want to get people better, you need to look at improvement across the domains of the areas of people’s lives where they have difficulties.

Diet is not the Nirvana. I am not telling you that diet is the single thing that’s going to affect everything else, but I think that as part of an aggregation of marginal gains approach to patients, I think that that’s where its role fits.

Professor Berk begins this segment by talking about placing diet into a bigger context and uses the Sky cycling team as an example. He describes the use of many tiny gains which amassed to a large overall performance improvement within the team, which included small improvements to attire, training, rest, diet, physiotherapy, personal hygiene, etc. 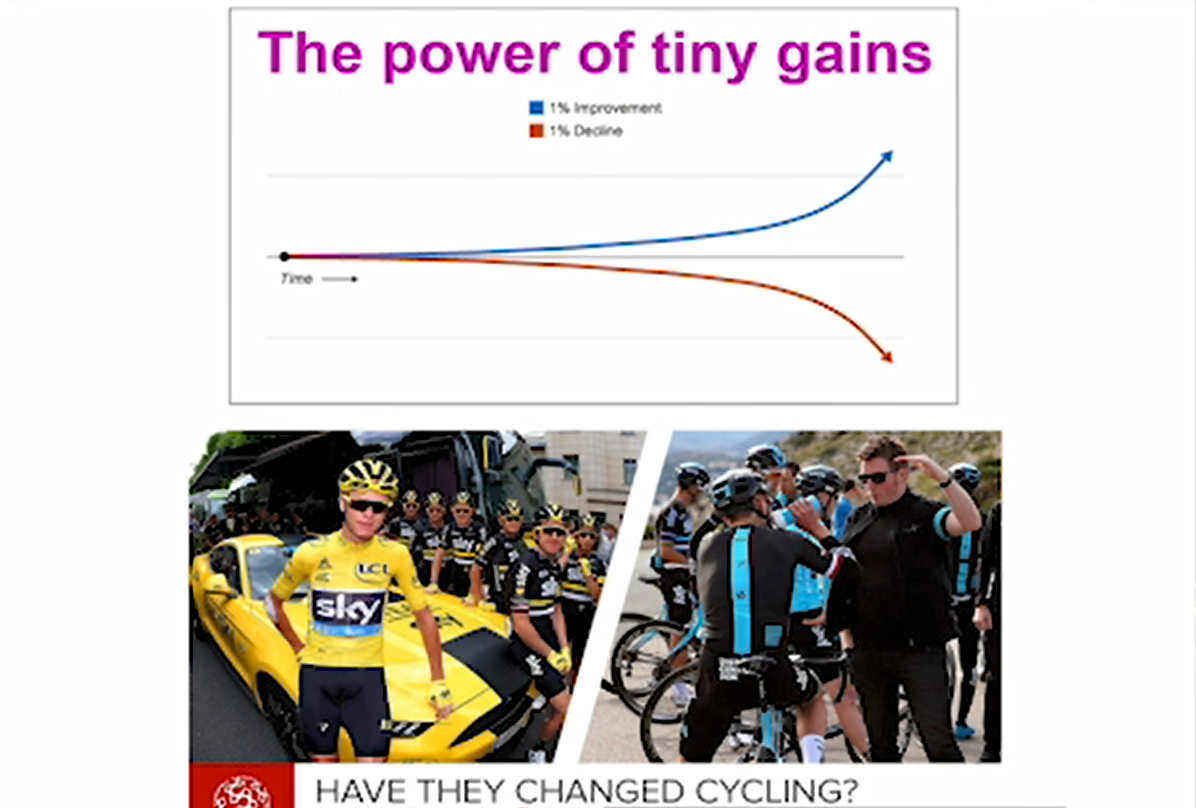 He states that a similar holistic approach should be used to treat depression and that clinicians cannot rely solely on medication and psychotherapy. He suggests that patients should be encouraged to make many small lifestyle changes in order to gain the best outcomes.

Professor Berk then concludes his presentation and invites the audience to take part in a Question and Answer session.