Professor Michael Berk is currently an NHMRC Senior Principal research Fellow and Alfred Deakin Chair of Psychiatry at Deakin University and Barwon Health, where he heads the IMPACT Strategic Research Centre. He holds an Honorary position at both Melbourne and Monash University and is a highly cited researcher with over 800 published papers predominantly in mood disorders. His major interests are in the discovery and implementation of novel therapies, and risk factors and prevention of psychiatric disorders.

In addiction, you have a situation where glial glutamate uptake is via a transporter called Glutamate Transporter 1 (GLT1) and drug abuse down regulates this transporter. As a consequence, there is more Glutamate in the synaptic cleft, it overstimulates metabotropic glutamate receptor type 5 and NMDA receptors, increasing AMPA signalling and potentiating synaptic activity… NAC normalises this.

One of the things about OCD… is that it is one of the most placebo unresponsive condition we have in psychiatry. Anything that gets OCD better is real.” 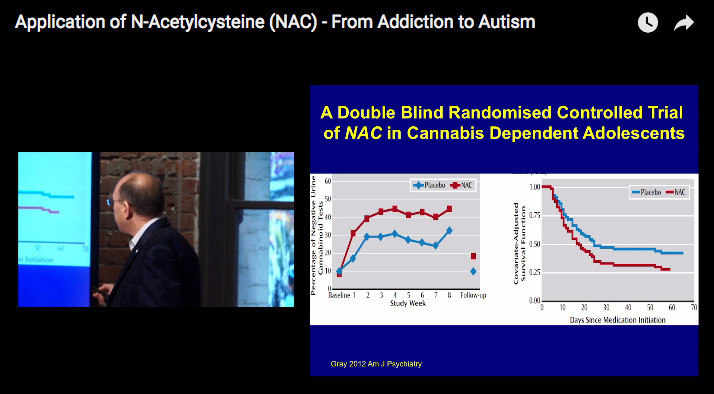 Summary of why NAC may work for addiction: 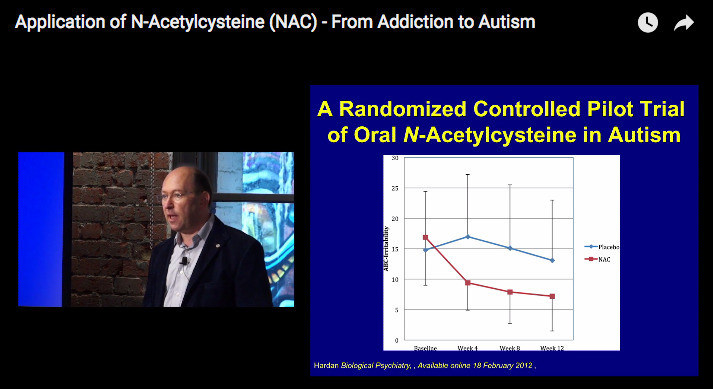 A 12 week RCT of NAC in children with autism showed that NAC resulted in significant improvements on the Aberrant behavior checklist (ABC) irritability subscale and was well tolerated. (Hardan et al., ) 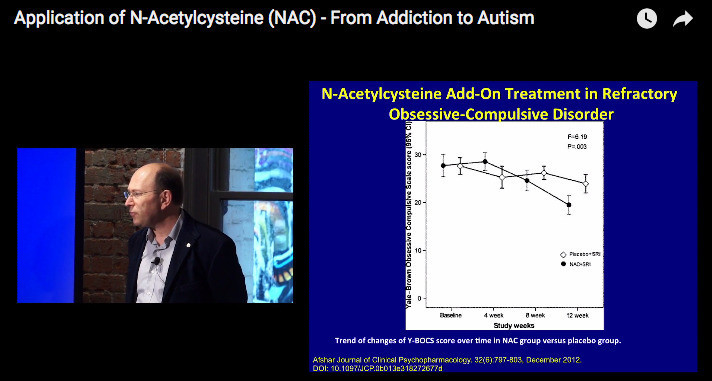 A study by Afshar et al. randomized 48 patients with obsessive-compulsive disorder who failed to respond to a course of serotonin reuptake inhibitor treatment to a 12-week intervention period of N-acetylcysteine (up to 2400 mg/d) or placebo. 52.6% responded in the N-acetylcysteine group at the end of the study, which was significantly higher than 15% of the patients in the placebo group. The response was measured by Y-BOCS and CGI scale. 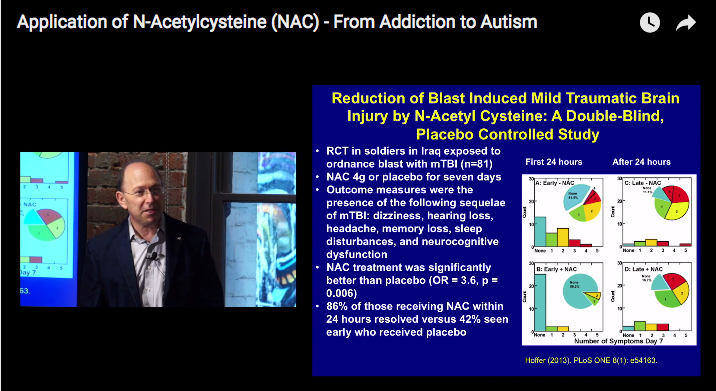 A double-blind RCT was conducted on soldiers in Iraq who had a mild traumatic brain injury from a significant ordnance blast. Using a 4g dose over 7 days, the study found that 86% of those receiving NAC within 24 hours had no sequelae in comparison to 42% who received a placebo. However, this is the first study of its kind and is yet to be replicated.