Tardive dyskinesias (TDs) are involuntary movements of the tongue, lips, face, trunk, and extremities that occur in patients with long-term exposure to antipsychotics.

Tardive dyskinesia occurs due to supersensitivity of dopamine (D2) receptors after long-term exposure to antipsychotics resulting in downregulation of D2 receptors. Read more on the dopamine hypothesis of schizophrenia.

The Abnormal Involuntary Movement Scale (AIMS) is commonly used to quantify the severity of TD and should be considered as a regular and routine part of clinical management. See below.

Tardive dyskinesia is also known to occur in neuroleptic-naive individuals which may indicate the underlying pathophysiology of the illness. 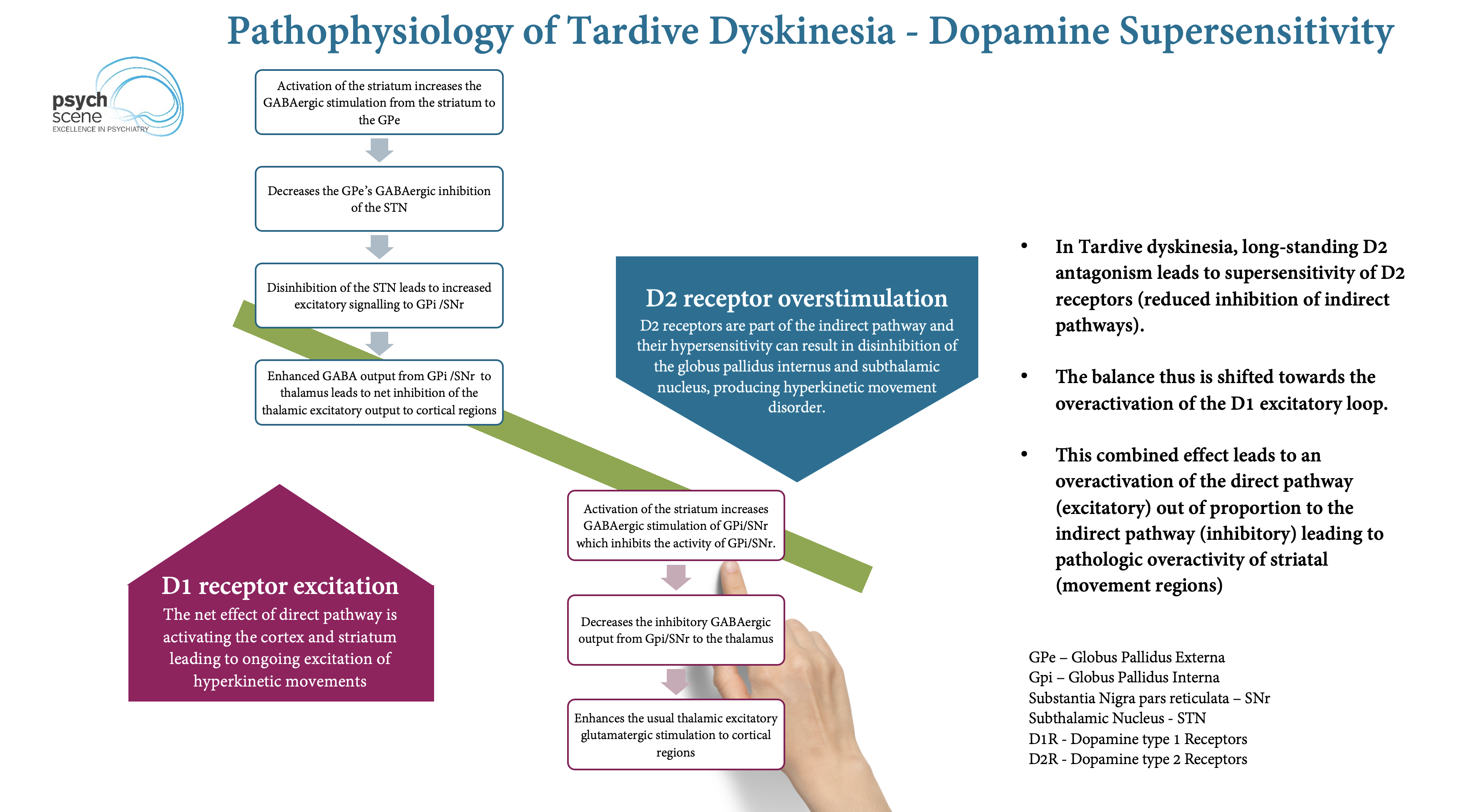 Prevention is paramount: Select an antipsychotic with lower propensity for TD 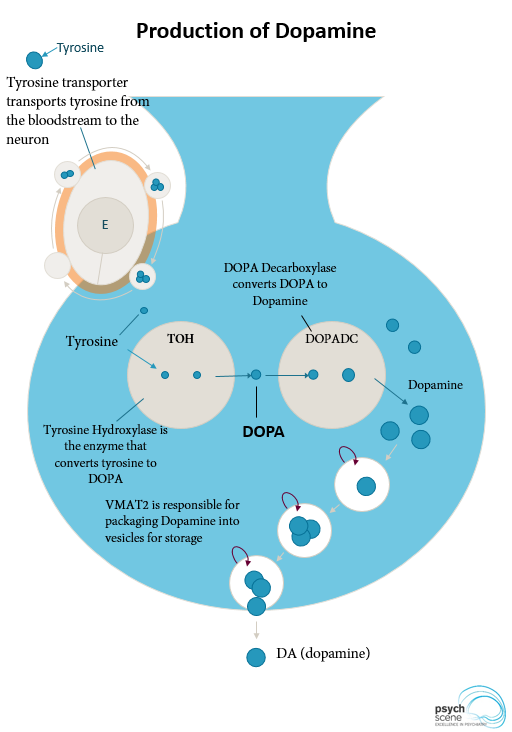 Valbenazine is a novel, highly selective vesicular monoamine transporter 2 inhibitor that has been approved by the FDA for the treatment of Tardive Dyskinesia. Once-daily valbenazine significantly improved tardive dyskinesia in participants with underlying schizophrenia, schizoaffective disorder, or mood disorder at doses of 80 mg/day.

The other VMAT-2 inhibitor approved for TD is deutetrabenazine. The starting dose if 12 mg/day increasing to 24 mg and a maximum of 36 mg/day.

In contrast to tetrabenazine, deutetrabenazine utilizes the nontoxic deuterium isotope rather than hydrogen, which is hypothesized to lead to slower metabolism and therefore fewer plasma fluctuations and adverse effects. [Touma K and Scarff J, 2018]

The video has been obtained from the free article –

An Update on Tardive Dyskinesia: From Phenomenology to Treatment

The video has been obtained from psychinterview.com

Botulinum toxin in the treatment of orofacial tardive dyskinesia: a single blind study