Methylphenidate (Ritalin | Concerta)- Mechanism of Action, Side Effects and Dosing 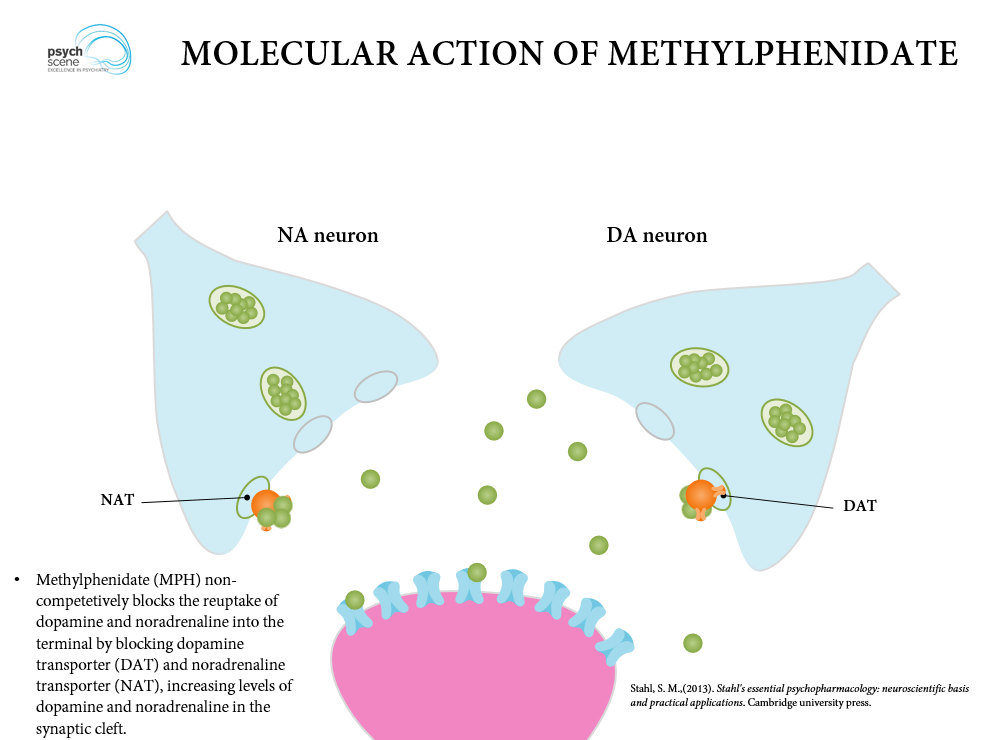 3. Action on NAT and increase in extracellular noradrenaline with effects on β and ⍺ receptors. 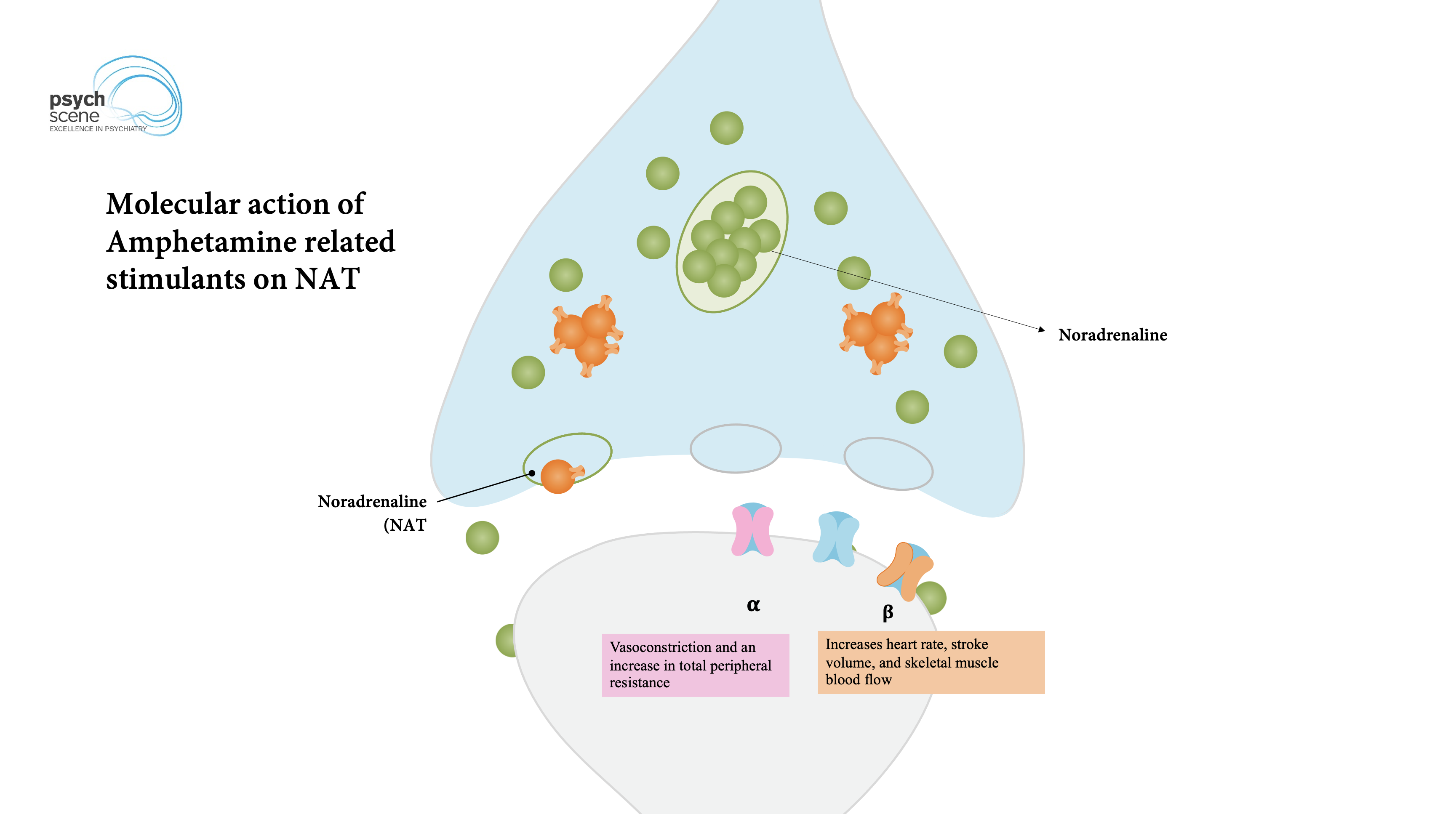 Dermatological:  Excessive sweating and ulceration of their digits. Raynaud’s syndrome.

Methylphenidate is also available in the extended-release version.

The recommended dose of Ritalin LA should be equal to the total daily dose of the immediate-release formulation not exceeding a total dose of 60 mg in children and 80 mg in adults.

While the above dosing regimes have been recommended in PI and guidelines, there is a general consensus amongst experts to consider flexible dosing. [Mattingly et al, 2021]

The general consensus among experts is that the strategic goal of treatment with MPH is to make sure that the medication works all day long (in order to make the patient less likely to experience rebound symptoms of ADHD, once MPH wears off).

In line with the above, some recommendations include using long-acting MPH twice daily (around 8 a.m. and 15 p.m.) as the ‘cornerstone’ of pharmacotherapy for adults with ADHD, with shorter-acting formulations being considered as add-on treatments. This is postulated to make it less likely for a patient to develop rebound symptoms at bedtime. Some patients may find it beneficial to take low doses of short-acting MPH in the evening, in order to become more peaceful and, hence, more likely to fall asleep. [Mattingly et al, 2021]

From a practical perspective; there is a significant variability in doses of MPH for optimal efficacy. The rule of thumb has it that patients should not be prescribed with MPH at doses exceeding 150 mg/day. [Jaeschke, 2021]

The position paper by members of the International Multicentre Persistent ADHD Collaboration, it was implied that ‘doses around 1 mg/kg [per body mass] of methylphenidate are correlated with better efficacy, yet are rarely achieved in studies of adult patients’. [Franke et al, 2018]

Methylphenidate for attention-deficit/hyperactivity disorder in adults: a narrative review

Live fast, die young? A review on the developmental trajectories of ADHD across the lifespan.