Social or the Antisocial Media? The Silence Before the Storm – Highlights from RCPsychIC 2019

This article is based on the talk by Dr Khurram Sadiq at the RCPsychIC 2019. Dr Khurram Sadiq is a Consultant Psychiatrist in a Complex Community Mental Health Team (CMHT) working in Central Manchester, United Kingdom.

1. Social media was created to enhance connectivity and to share information between people through interaction. Currently, around 16% of 3-4-year-old children have a tablet, and the likelihood of 5-7-year-olds having a social media profile is 3%. A total of 23% of 8-11-year-olds and 72% of 12-15-year-olds have a profile on Facebook.

2. Since 2015 there has been an increase in smartphone ownership from 24% to 32% with the estimated number of devices in 2019 around 5 billion. On average, we check our phones around 200 times per day and touch the phone approximately 2617 times per day.

3. Always moving between different apps and email has been called multitasking, but actively doing 4 or 5 things at once for extended periods involves the trigger of a neurochemical switch, releasing neurotransmitters into the synapses which we do not use, before jumping onto another task. Neurotransmitter deposits are subsequently depleted, resulting in lethargy. We feel demotivated after a short time and exhibit poor memory and a lack of attention and concentration.

4. There are two main brain networks, the mind-wandering default mode circuit and the attentional central executive system which act inversely. 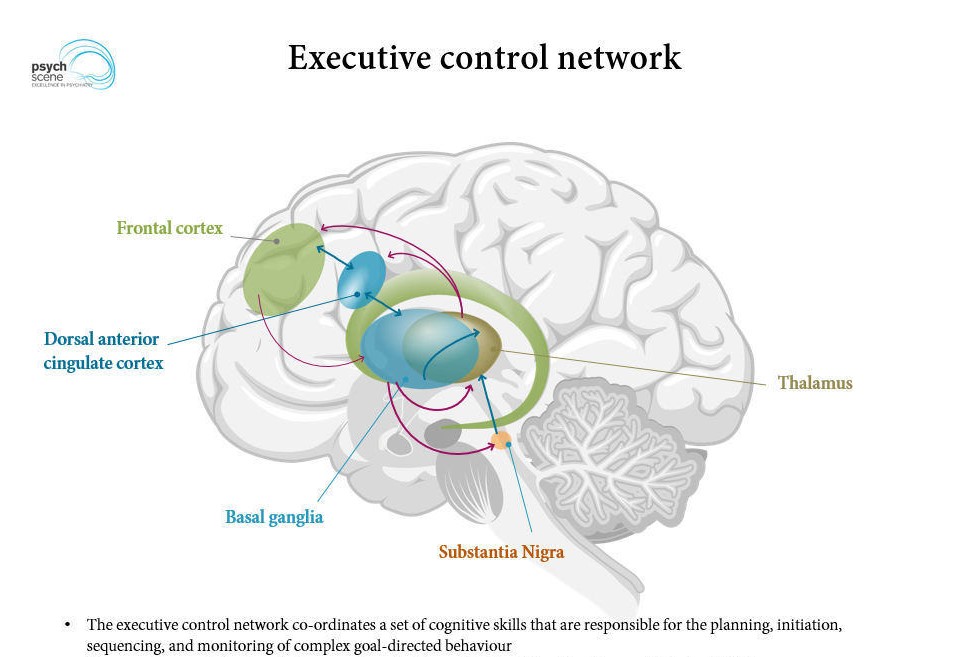 5. The balance between the two networks correlates to the degree a person can sustain focus and filter out unwarranted distractions. Excessive multitasking appears to compromise the neural switch of these two systems, thereby diminishing our focus and concentration. [Mohapel P., 2018]

6. The brain creates 700-1000 new neural connections each second between 0-3 years of age,[Aitken M, 2016], [Young K & De Abreu C, 2017] and the World Health Organisation (WHO) has recommended that from 0-2 years of age, children should not have any screen time. Many accomplished scientists in the field agree with this recommendation.

Screen-time above the two-hours threshold at 5-years was associated with an increased risk of clinically relevant externalizing morbidity and specifically inattention problems. The association between screen-time and behavioral morbidity was greater than any other risk factor including sleep, parenting stress, and socio-economic factors. Our findings indicate that pre-school may be a critical period for supporting parents and families on education about limiting screen-time and supporting physical activity. [Tamana S et al., 2019]

7. In teenagers, anxiety and depression has increased by 70% in the last 25 years, and cyberbullying is on the rise. [Royal Society for Public Health]

9. The Youth Health Movement (YHM) conducted a UK-wide survey of 1,479 14-24-year-olds, asking them about five of the most popular social media platforms: Facebook, Instagram, Snapchat, Twitter and Youtube. The aim of the survey was to find out how they feel each of these platforms impacts their health and wellbeing (both positively and negatively) and make comparisons between these platforms, as well as asking them their views on several policy recommendations. [Royal Society for Public Health & Young Health Movement]

10. In terms of neuroplasticity, we know that the brain is dynamic and malleable at an early age, and it is critical that we are mindful about what we expose children and adolescents to at this time. We may be heading for a generation with a lack of social skills and coping strategies. There may be more social isolation, personality difficulties and antisocial behaviours. [Costandi M. 2016]

11. Workshops in schools and colleges, universities and workplaces, are needed to raise awareness and improve our education on how to disconnect to reconnect with society.

12. During the COVID Pandemic, Tourette syndrome (TS) clinics globally have witnessed a parallel pandemic of young people aged 12 to 25 years (almost exclusively girls and women) presenting with the rapid onset of complex motor and vocal tic-like behaviours. while stress and anxiety associated with the pandemic is a contributory factor, the authors of a recent study have noticed a phenomenological similarity between the tics or tic-like behaviours shown on social media and the tic-like behaviours of the study patients. [Pringsheim et al., 2021]

According to the authors:

External factors like watching popular social media personalities’ videos portraying tics or tic-like behaviors may have instilled a belief that “tics” may catalyze peer acceptance or even popularity. This exposure to tics or tic-like behaviors is a plausible trigger for the behaviors observed in at least some of these patients, based on a disease modeling mechanism. However, this specific social media exposure to tic-related videos, although reported in all patients in the Calgary series, was not reported in every patient treated at all the other centers, suggesting that it cannot be considered a prerequisite or necessary causative factor. [Pringsheim et al., 2021]

Self-Harm, Suicidal Behaviours, and Cyberbullying in Children and Young People