Read about Clozapine in treatment-resistant schizophrenia.

Clozapine is metabolised in the liver predominantly by CYP1A2 and partially (35% ) by CYP3A4. It is, however, important to recognise that in some patients, CYP3A4 may be the predominant metabolic pathway. [Polcwiartek & Nielsen, 2016 ]

Due to its complex metabolism, there are significant inter-and intra-individual variations in clozapine serum levels for a given dose.

The consensus is that patients are more likely to respond above 350 mcg/L with a range between 250 and 420 mcg/L with a fall-off in clozapine response at levels above 450 mcg/L. [Ellison & Dufresne 2015].

Although some patients may respond at lower serum levels, it is recommended to achieve a level of at least 350 mcg/L before a patient is deemed a clozapine nonresponder.

Indications for therapeutic drug monitoring of clozapine are:

As few as five cigarettes, a day may be enough for enzyme system induction affecting clozapine levels. [Lowe & Ackman, 2010]

Smoking cessation leads to a rapid exponential decrease in CYP1A2 activity with a new steady state is reached in about 1 week. [Faber & Fuhr, 2004]

2. Therapeutic drug monitoring should occur to account for individual variation.

3. Blood and clinical monitoring should continue for up to six months. 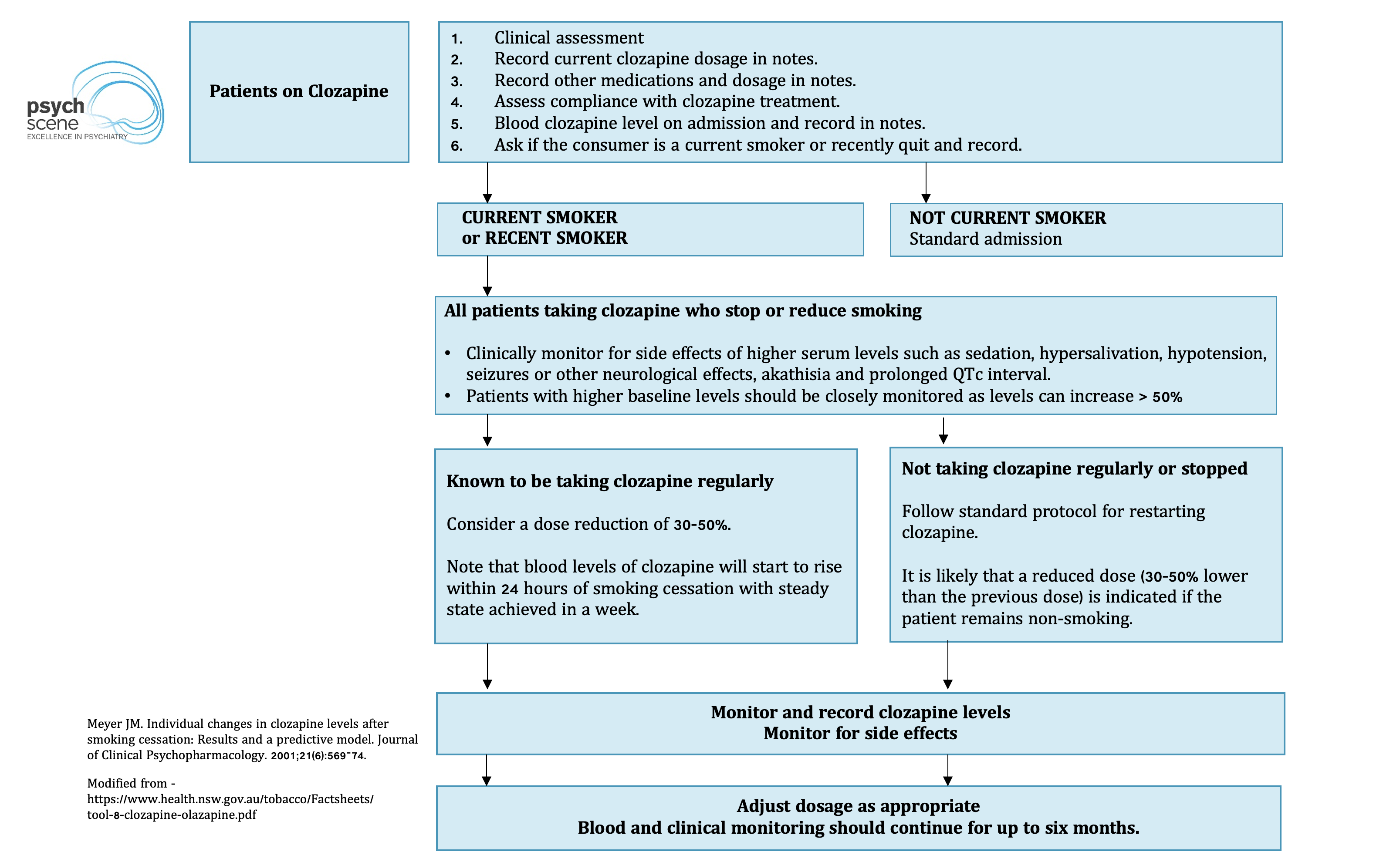 The clinical potentials of adjunctive fluvoxamine to clozapine treatment: a systematic review.

A review of the clinical utility of serum clozapine and norclozapine levels.

A review of the use of clozapine levels to guide treatment and determine cause of death.

Increasing the clozapine: norclozapine ratio with co-administration of fluvoxamine to enhance efficacy and minimize side effects of clozapine therapy.

Individual Changes in Clozapine Levels After Smoking Cessation: Results and a Predictive Model