Why Pokemon is Really About Self Discovery and Exploration

Pokemon Go was only launched a few weeks ago, but already boasts more users than Twitter. People all around the world are exploring streets, parks, and landmarks of varying notability to wait for a buzzing notification in their phone that tells them a digital creature is nearby. The success of the online mobile game “Pokemon Go” owes itself not just to the latest fad. It’s about the triumph of childhood discovery over pragmatic change.

THE BEGINNING OF POKEMON 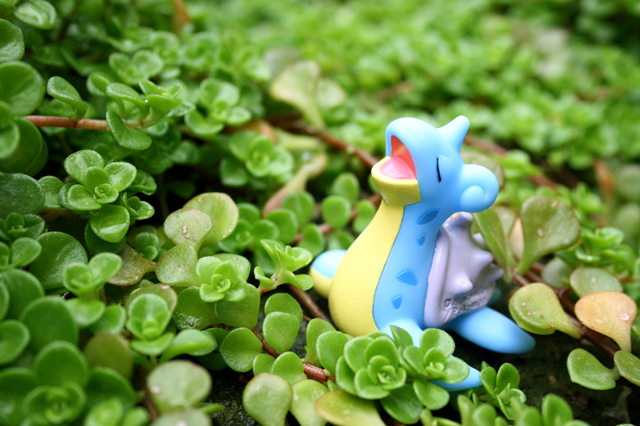 When videogame developer Satoshi Tajiri was a young boy, he enjoyed collecting small insects around the grassy areas near his home. There was a vivid memory of his first close look at a captive tadpole, seeing its coiled insides through its translucent skin, perceiving the wonder a world that begged endless discovery. As he grewup, so did his hometown which befell relentless urbanisation. The rivers and forests slowly disappeared, but not his spirit of wanting to give the next generation the same wonder he experienced. He and his team imagined a world of miraculous creatures – pocket monsters, or “Pokemon” to discover. Poliwag, a water type Pokemon, has a spiral on its abdomen as testament to that tadpole that inspired Satoshi.

DISCOVERY AND REDISCOVERY - A PSYCHOTHERAPEUTIC APPROACH

The psychoanalyst Erik Erikson determined a comprehensive model on how human beings adapt and grow, with different stages of life being associated with different challenges. One of the earliest starts at age 3 to 6, comprised of exploration, with the first challenge to a child who has newly learned to walk and talk is to derive purpose from exploring the world – seeing what there is to see. Successful navigation leads to the child learning fundamental principles of independence and activity, which set them up for their later challenges of finding an identity and forming relationships.
It is a sad thing, in a highly structured and sanitised world, that this freedom of exploration is so difficult for young people to find. Without learning what it means to know something that was not known before, there are inestimable losses in one’s later potential. However, this is not about a compartmentalised puerile experience – it is also about rediscovery.
I still remember playing the sequel to the first Pokemon Game, which was Gold/Silver (initially thought to be the end of the Pokemon series). At the very end of the game, you meet a mysterious silent opponent, who is only reached after a long trek to the top of a mountain. Having played this game ten years after my first interaction with the series, it was to my shock that I realised that the opponent was in fact my own avatar from the first game. I watched as he pulled out Pokemon that I had captured myself a decade ago, and it was as though I was communicating with my own younger self. There was no dialogue throughout the whole interaction, nor was there a need for any.

REKINDLING THE SPIRIT OF INNOCENT AND COURAGEOUS EXPLORATION

The newest incarnation of the game brings Tajiri’s vision full circle, as people are now able to look for and catch these magical creatures in the real world. The vast majority of them remember the magic of the original games from 20 years ago, and in doing so share not only in a massive worldwide experience, but on a much more personal level rekindle an important part of who they were from a very long time.
It may sound trite, but it’s an important experience which is a common component in psychodynamic psychotherapy sessions. As opposed to existential here-and-now therapies, the opportunity to explore one’s childhood from an adult lens is a deeply cathartic and important experience for many reasons. There is the much vaunted opportunity to express repressed traumas suffered in adolescence, but there is also the opportunity to ruminate on one’s own development and growth, and to revel in that experience of exploration. It’s a surprisingly universal phenomenon that the opportunity to rediscover childhood – traumas and tribulations alike – is often a significant and redemptive exercise. Provided in the right setting, and with appropriate guidance to prevent it from being a meaningless wallowing experience, it allows people to rediscover themselves, and can set them back on the right direction.
There are many challenges to life, however the occasional opportunity to look back and see where one came from should be lauded. A spirit of innocent but courageous exploration of the amazing world we live in is something we as children possessed far better than our adult selves – but it’s still possible for us to catch glimpses of who we were from time to time. Doing so is what keeps the spark alive.
Rate this psychinsights