Obstructive sleep apnea (OSA) is a common sleep disorder with a prevalence of approximately 20% in the general population. 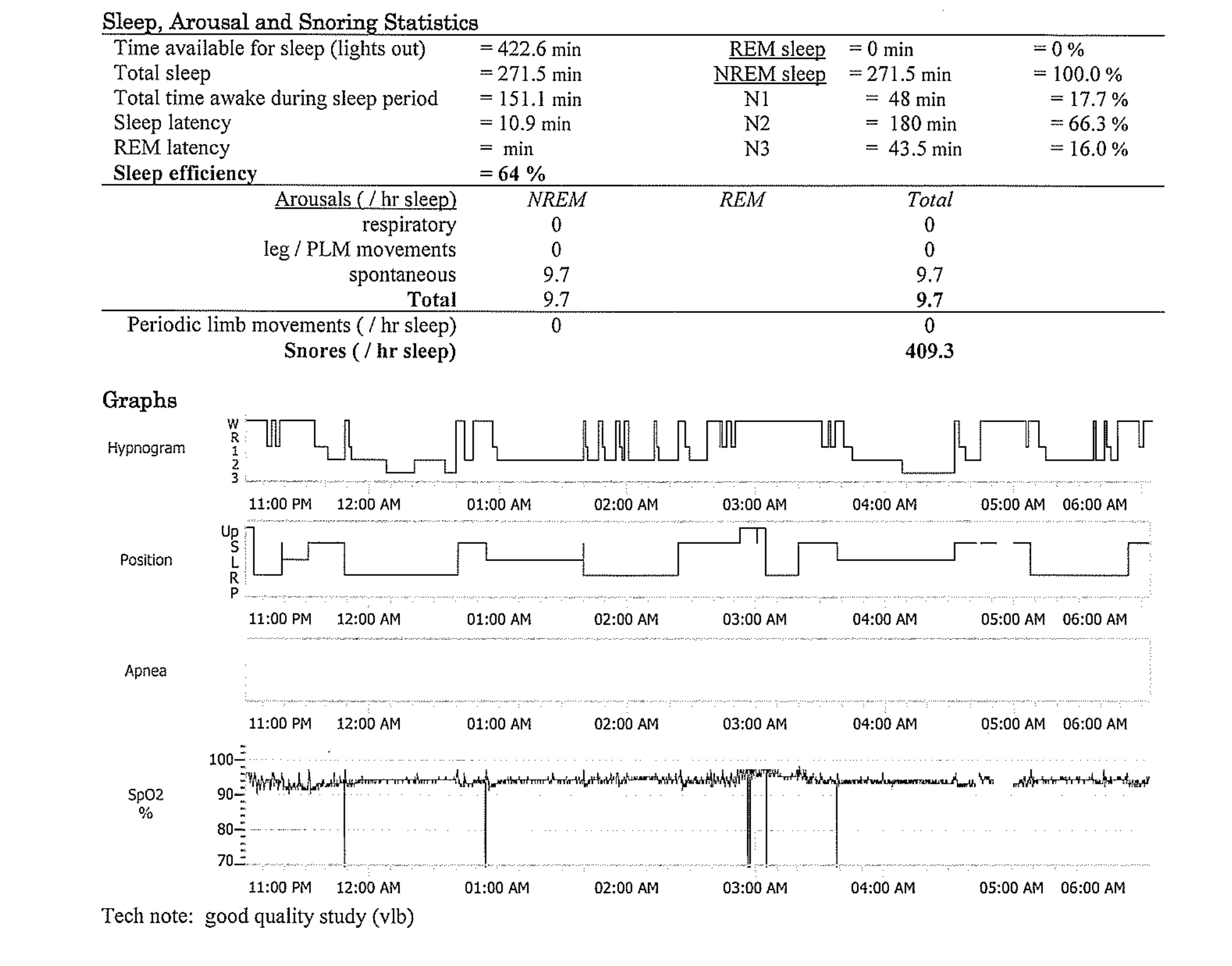 A measure of how much oxygen is in the blood, expressed as the percentage of oxygen capacity that is actually found in the blood 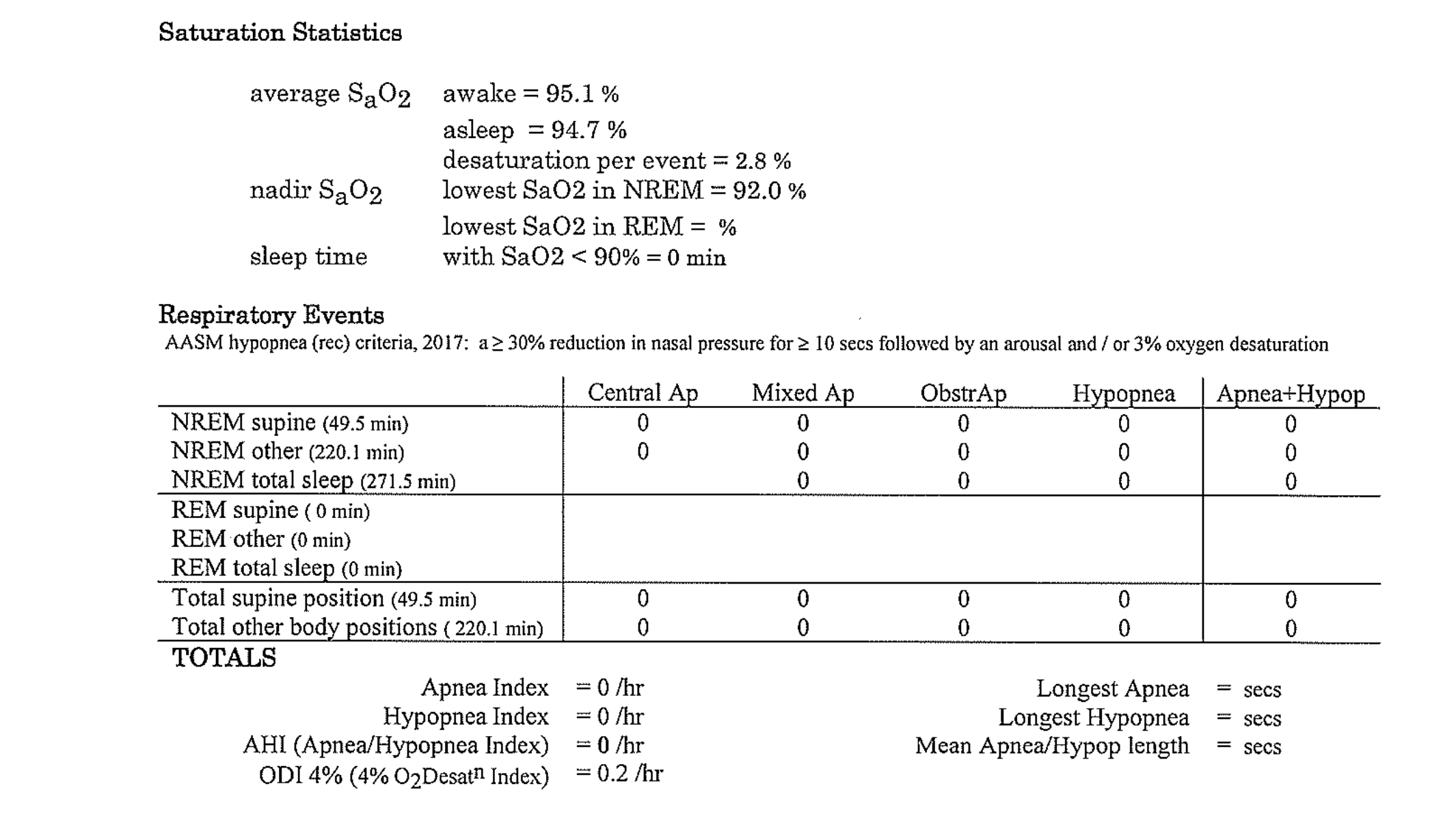 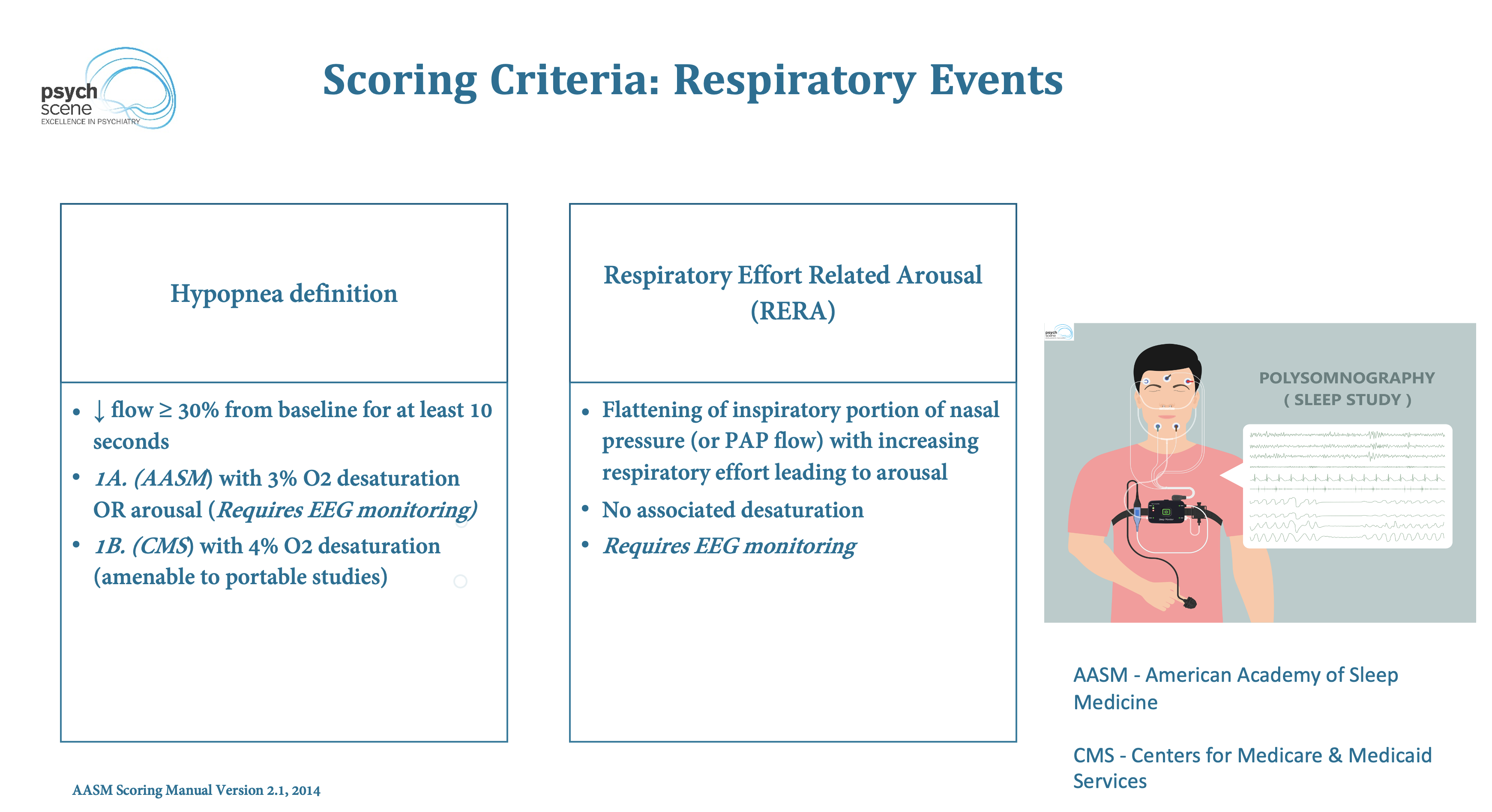 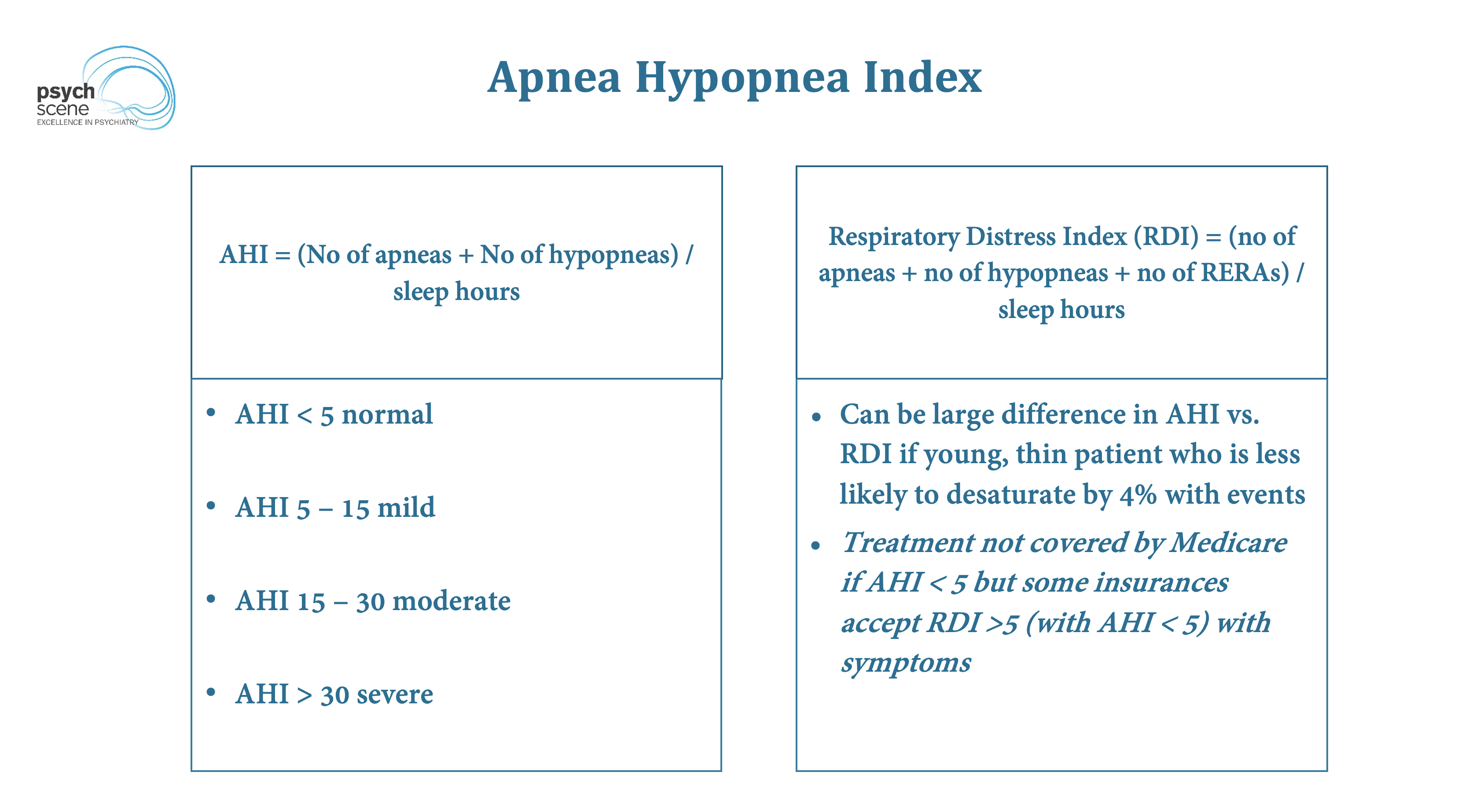 Note the green episodes of desaturation. These are respiratory events that will be scored. 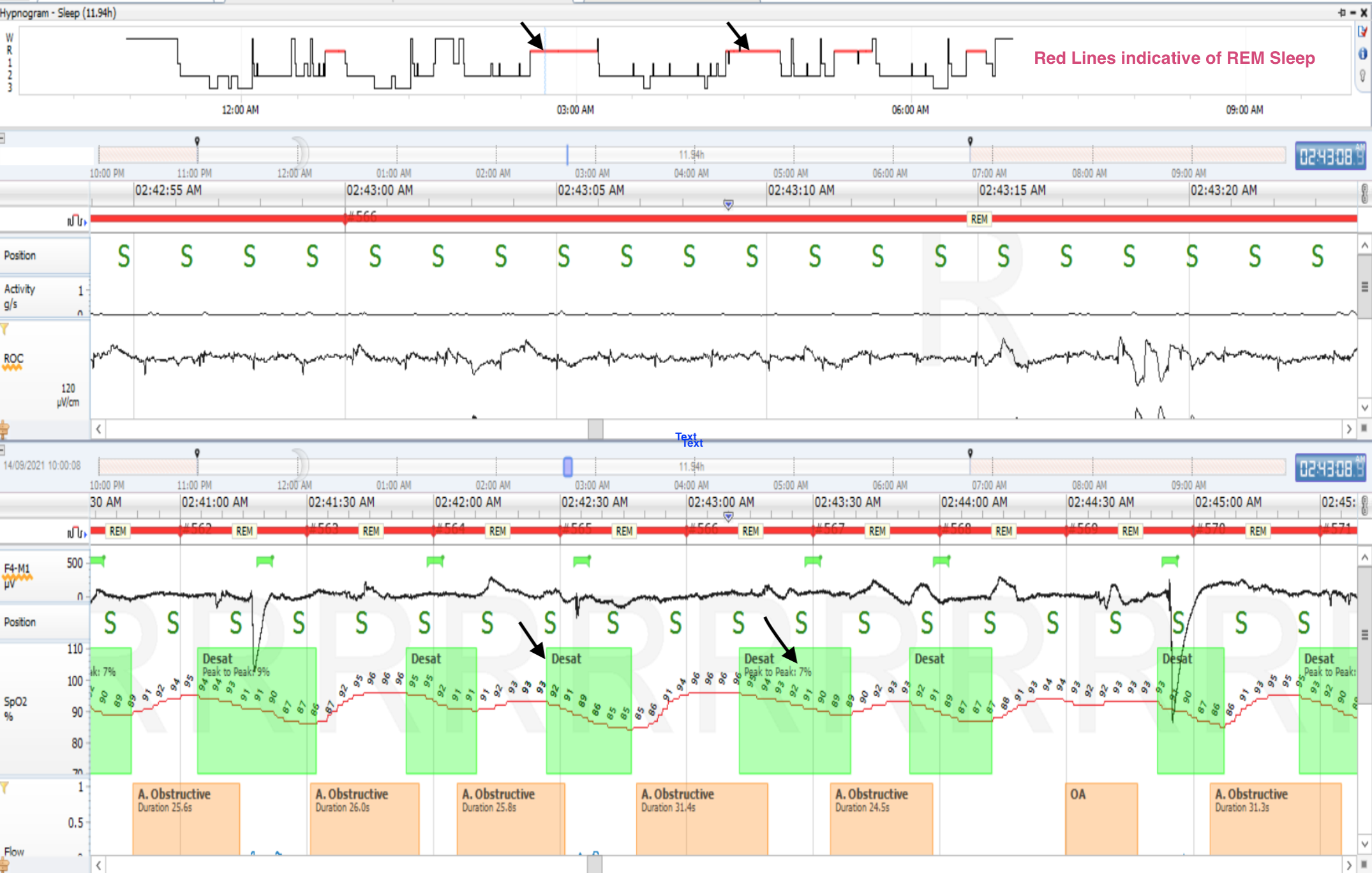 Major Depressive Disorder (MDD) and OSA exist in a bidirectional relationship with a significant overlap between symptoms. In clinical practice, differentiating symptoms such as fatigue, somnolence, poor concentration due to OSA or MDD can be challenging.

People with depression have a higher prevalence of OSA although the pathophysiological relationship is unclear. 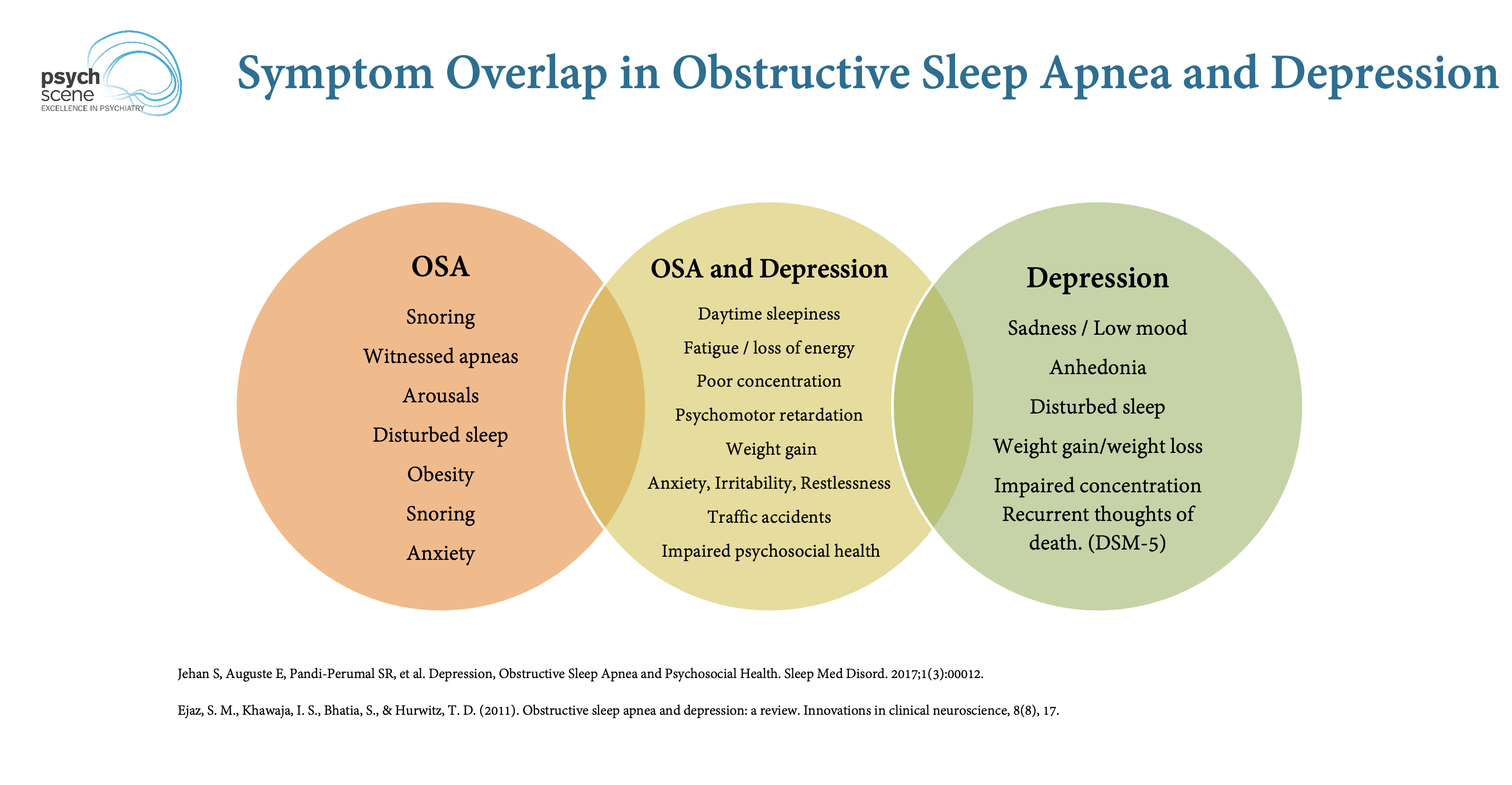 In a prospective study of 1,408 patients, it was shown that over the course of 4 years there was an odds ratio (OR) of 1.8 for OSA to develop or worsen when in the presence of depression. [Peppard P et al., 2006] This OR means that exposure to depression is associated with a relatively higher odds of outcome (i.e. the outcome is OSA). There have also been several retrospective cross-sectional studies that also support this observation of a relationship between OSA and depression:

PATHOPHYSIOLOGY OF DEPRESSION IN OSA

OSA is associated with oxygen desaturation, which causes repetitive periods of hypoxia and sleep fragmentation. New evidence suggests that the pathological mechanisms that underlie the association between OSA and depression involve impairments to several cerebral microvascular and neurovascular systems:

The role of serotonin and noradrenaline in the neurobiology of depression and upper airway control in OSA: [Rukhadze & Fenik, 2018]

TREATMENT OF DEPRESSION IN OSA 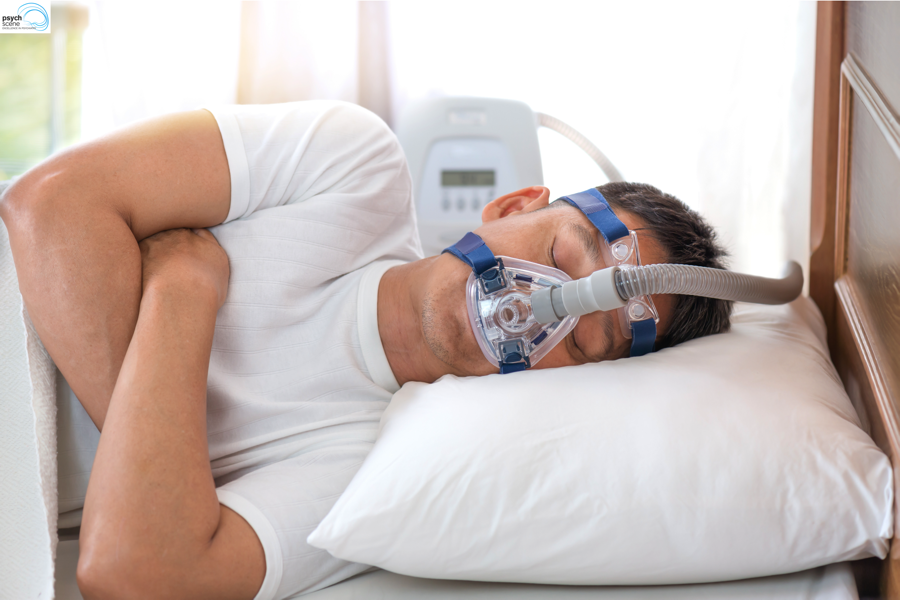 OSA is a chronic disorder associated with cardiovascular, metabolic, and neurocognitive diseases.

OSA-mediated episodes of hypoxia and arousal is associated with oxidative stress, inflammatory processes, and endothelial dysfunction, which contribute to the development of vascular depression.

Treatment with CPAP can resolve OSA-related symptoms and confer improvements in depressive symptoms and overall quality of life.

Specific antidepressants are useful in the treatment of comorbid OSA and depression.

Clinical guideline for the evaluation, management and long-term care of obstructive sleep apnea in adults

What are obstructive sleep apnea patients being treated for prior to this diagnosis?

Examining the construct of depression in obstructive sleep apnea syndrome

A Review of Neuroimaging in Obstructive Sleep Apnea

Obesity and inflammation: the linking mechanism and the complications

Obstructive Sleep Apnea: Brain Structural Changes and Neurocognitive Function before and after Treatment

The influence of CPAP on the neurobehavioral performance of patients with obstructive sleep apnea hypopnea syndrome: a systematic review

Efficacy of Antidepressants in the Treatment of Obstructive Sleep Apnea Compared to Placebo. A Systematic Review with Meta-Analyses.