The Link between Gut Microbiome and The Brain: Impact of Prolonged Antibiotic Use

Microbes colonize the gut early in life—either during pregnancy or just after birth—and these microbial communities play an integral role in the health of their host. The microbiome can interact and influence the gut-brain axis (GBA), which is a complex bidirectional communication system between the central and enteric nervous systems.

Read the Simplified Guide to the Gut-Brain Axis.

ROLE OF THE GUT-BRAIN AXIS 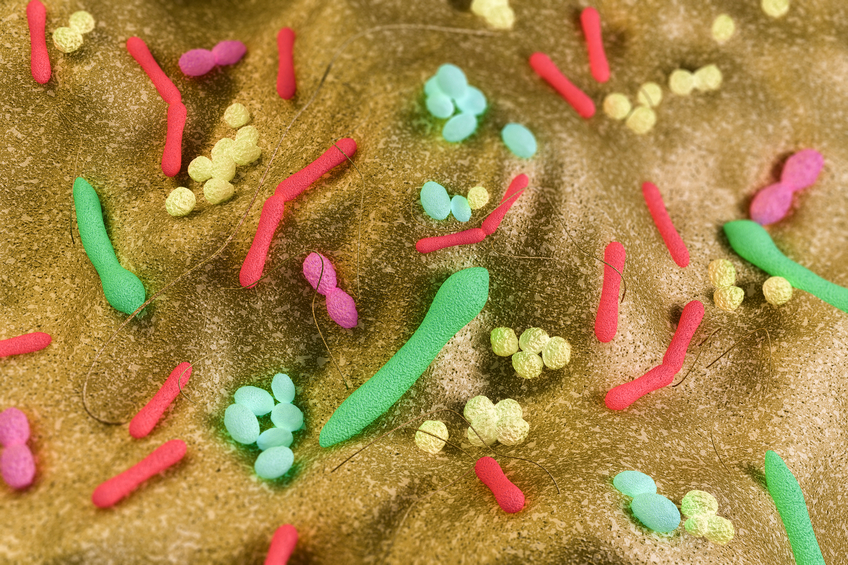 The role of the GBA is to link emotional and cognitive centres of the brain with peripheral GI function. It uses neuro-immuno-endocrine mediators to allow the brain to coordinate and influence proper intestinal function. However, the gut microbiome also has a major influence on gut function and has been shown to contribute to the GBA whilst also being modulated by the GBA itself.

The complex relationship between the gut microbiome and human neurobiology is of growing scientific interest with far reaching implications in health and disease. In a ground breaking new study, the microbiota-brain relationship was studied by using antibiotics on the gut flora and what affect this had on hippocampal neurogenesis.

Mice were treated with antibiotics to determine the role the gut microbiome has on the brain. To do this, researchers treated animals with antibiotics and then reconstituted the normal gut flora with either faecal transplants or probiotics. In parallel, voluntary exercise was also tested for its proposed potency at rescuing neurogenesis. Analyses took the form of memory tests as well as microscopic analysis of hippocampal sections. [Moehle L et al., 2016]

Mice that were treated with antibiotics unsurprisingly had a severely depleted intestinal microbiota. These antibiotic-treated mice performed poorly in memory tests and were observed to have significant deficits in hippocampal neurogenesis.

Attempts to reconstitute the gut flora with a faecal transplant did not improve neurogenesis, however, it was fully restored when mice were given probiotics or access to an exercise wheel.

Researchers observed that a specific subset of monocytes (called Ly6Chi cells) was also affected by antibiotic treatment. To test whether Ly6Chi cells were the reason for the deficits in neurogenesis, the researchers injected Ly6Chi monocytes back into antibiotic-treated mice.

Injected Ly6Chi cells travelled to the brain and restored neurogenesis, suggesting that monocytes are necessary for neurogenesis and are perhaps an important link between the gut and the brain.

Mice that were treated with antibiotics performed worse in memory tests due to impairments in hippocampal neurogenesis. However, if mice were given probiotics or an exercise wheel, they showed profound improvements.

Upon observing deficits in a subset of monocytes in antibiotic-treated mice, the researchers showed that these cells act as a communicating cell between the brain, the immune system, and the gut.

By examining the interaction between antibiotics and gut microbiota, the researchers showed a long-lasting impairment in neurogenesis. Mice given probiotics or voluntary exercise were able to counteract the absence of gut flora and restore neurogenesis.

Previous studies on depression and Alzheimer’s disease has shown that increased physical activity can partially counteract these brain disorders. In fact, physical exercise alone has been shown to increase hippocampal volume in patients with schizophrenia. [Learn more about physical activity and its effects on the brain]

Recent studies on various psychiatric disorders have revealed a direct connection between neuroinflammation and dysregulation of the gut microbiome.

This communication is bidirectional and studies have shown that some microbes even have receptors for neurotransmitters produced by the host.

Antibiotic treatments impact gut microbiota, which has a detrimental impact on neurogenesis in the brain. However, a loss of brain-related function was mediated by cells of the innate immune system, which act as messengers between the periphery and the brain and contribute to neurogenesis in health and disease.

Gut Microbiome and Depression – Role of Pre and Probiotics

Loading The Link between Gut Microbiome and The Brain: Impact of Prolonged Antibiotic Use

The Gut Microbiome and the Brain