Most antidepressants take weeks or months to achieve a significant effect thus highlighting a clear unmet need for rapid-acting and effective treatments.

For a detailed account of depression and antidepressants you can read:

THE ADVENT OF KETAMINE 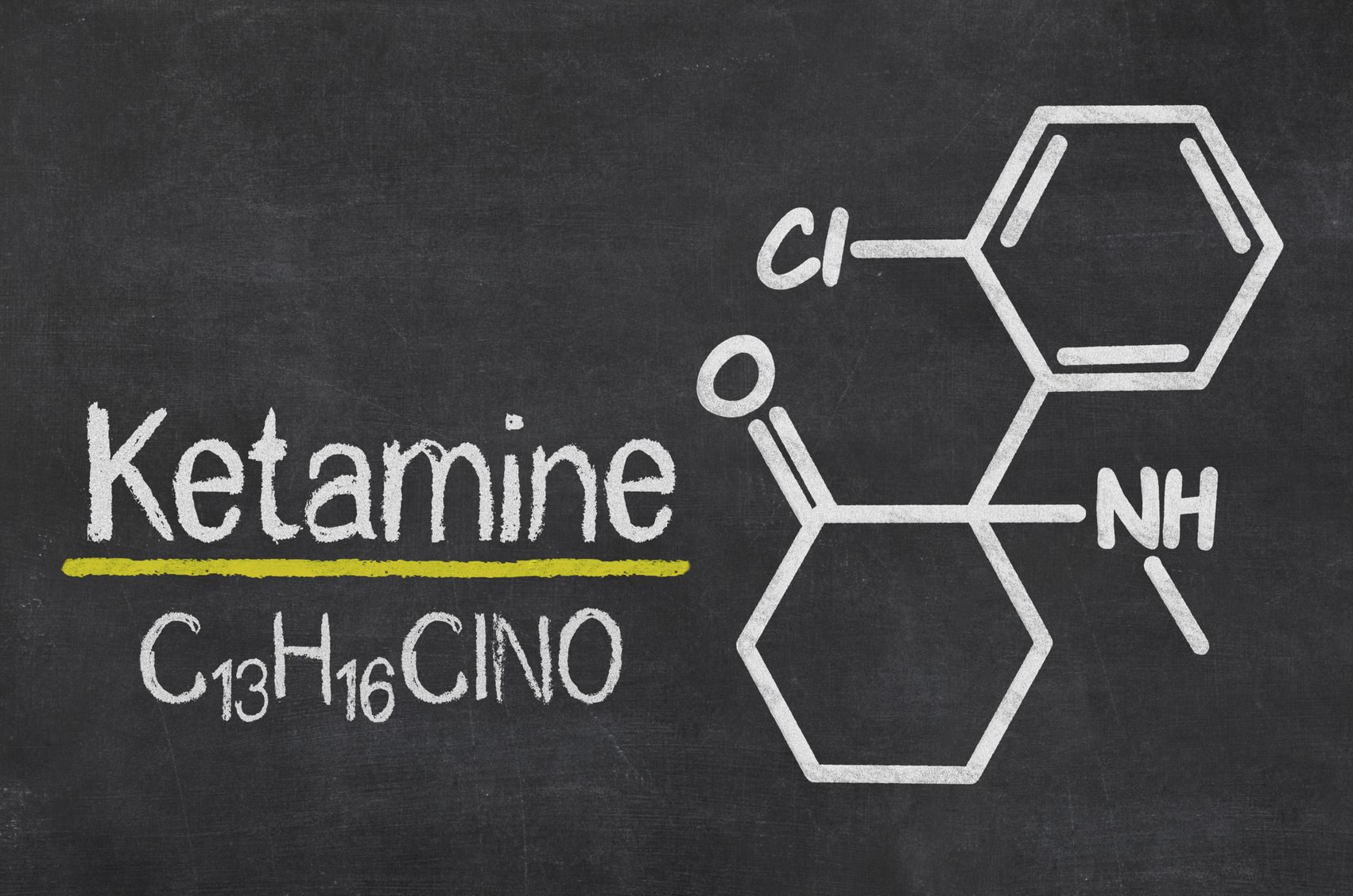 Ketamine is a useful antidepressant that has been shown to act rapidly and effectively even in treatment-resistant depression (TRD). This is particularly relevant in individuals with bipolar disorder (BD), post-traumatic stress disorder (PTSD) and acute suicidal ideation (SI). However, ketamine is limited by its adverse side effects, abuse potential and sensory dissociation.

Ketamine’s antidepressant mode of action remains unclear but it has been shown to have a high affinity for the NMDA glutamate receptor and is considered to be a NMDA antagonist. 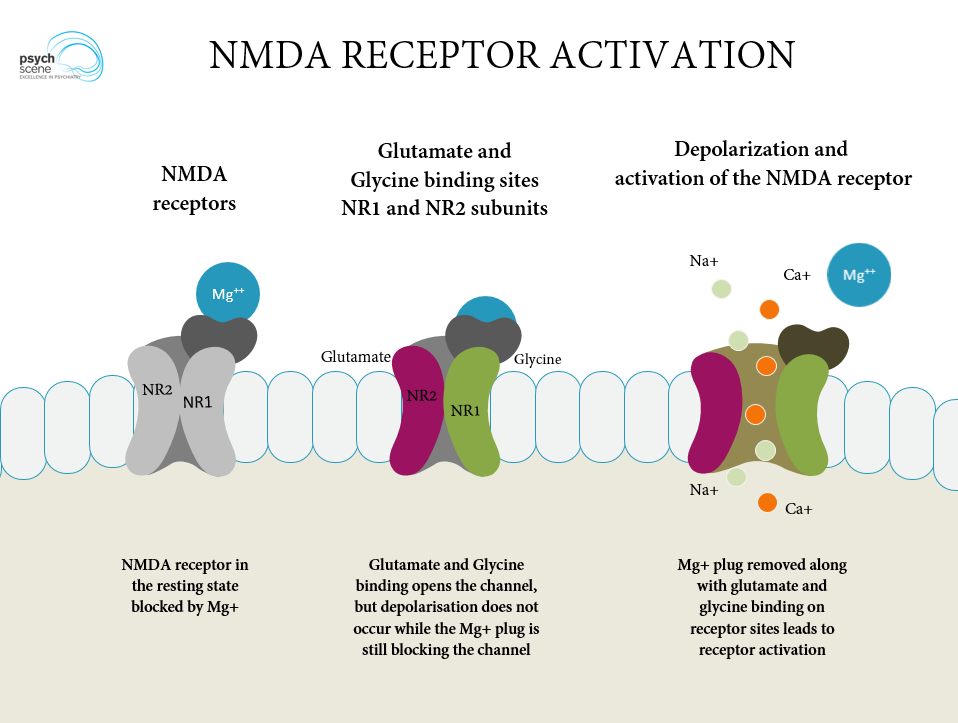 New research published in Nature in May 2016 suggests that ketamine may not purely mediate its antidepressant activity through NMDA receptor inhibition as previously thought. [1]

Ketamine is an arylcyclohexylamine which is related to phencyclidine. In a mouse model of depression, Zanos and colleagues compared the effects of two structural forms of ketamine, (S)- and (R)-ketamine, against a known NMDA receptor antagonist called MK-801.

The researchers predicted greater efficiency of (S)-ketamine as it is a 3-4 fold more potent inhibitor of the NMDA receptor. Ketamine has a short half-life of 1-2 hours. Its antidepressant effect, however, peaks about 3 days after administration.

Esketamine (S-ketamine), the S-enantiomer of ketamine, has a higher affinity for the NMDA receptor than the R-enantiomer and has been developed as an intranasal formulation for therapy in treatment-resistant depression (TRD).

By comparing (S)- and (R)-ketamine in a mouse model of depression, the researchers found that while the (S)-ketamine is more potent at inhibiting NMDA receptors, it was less effective in reducing depression-like behaviours than (R)-ketamine. In contrast, the NMDA receptor antagonist MK-801 was surprisingly shown to have no antidepressant-like effects.

Analysis of ketamine metabolites showed that a compound called hydroxynorketamine (HNK) was three times higher in female mice. This finding suggests that the sex-dependent difference in antidepressant potencies was possibly due to the elevated levels of HNK. This was then proven by blocking the metabolism of ketamine to HNK, which then prevented the antidepressant-like effect of ketamine.

Further analysis of HNK showed it to have specific antidepressant-like effects similar to ketamine; however, unlike ketamine, it did not inhibit NMDA receptors.

Instead, HNK was shown to activate another glutamate receptor called the AMPA receptor. By experimentally blocking the AMPA receptor, the researchers confirmed that they could prevent the antidepressant-like effects of HNK.

In a mouse model of depression, it was a ketamine metabolite called HNK that was shown to have potent antidepressant activity.

Crucially, it was shown that HNK neither binds to nor inhibits the NMDA glutamate receptor and instead activates another neural receptor called AMPA.

This data, therefore, suggests an NMDA receptor inhibition-independent mechanism for the antidepressant effects of ketamine.

This ketamine metabolite does not have any ketamine-related side effects and together is evidence of a favourable new approach to the development of rapid and effective antidepressants.

Currently prescribed antidepressant treatments only alleviate depressive symptoms in about half of all patients.

Ketamine is an attractive therapeutic with multiple clinical trials suggesting that even a single sub-anaesthetic dose of intravenous ketamine results in a 50-75% response rate in TRD.

In a recent meta-analysis of seven double-blind, randomised, placebo-controlled trials, ketamine was shown to significantly reduce depression severity from days 1-7 in patients with MDD and days 1-4 in patients with BD. Symptom relief has been reported as early as 2 hours and lasting up to 2 weeks in these patients. [2]

In another systematic review of the literature, a single dose of ketamine decreased both depression and SI in patients with MDD. [3]

Given that SI is a leading cause of death among those clinically diagnosed with MDD, the anti-suicidal properties of ketamine underscores the need for further investigation into its mode of action, which may help further the development of more specific treatments.

There is a growing body of research that supports the use of ketamine as a rapid-acting antidepressant for the treatment of TRD.

Although ketamine is a potent inhibitor of the NMDA receptor, it has been shown that a metabolite of ketamine also has specific antidepressant activity.

Although the biological mechanism is unclear, this ketamine metabolite does not have the same cognitive or motor side effects as ketamine.

According to the FDA:

Controlled clinical trials that studied the safety and efficacy of this drug, along with careful review through the FDA’s drug approval process including a robust discussion with our external advisory committees, were important to our decision to approve this treatment. Because of safey concerns, the drug will only be available through a restricted distribution system and it must be administered in a certified medical office where the health care provider can monitor the patient. [7]

Read the article on Psychopharmacology, Side Effects and Clinical Application of Esketamine.

Esketamine thus appears to be a helpful option in treatment-resistant depression however, the rapid action needs to be weighed up against the side effects and abuse potential in managing TRD.

So, where are we? Intranasal esketamine represents an easier method of administration than intravenous administration of ketamine. Do we have clear evidence of efficacy? Maybe? How strong is the efficacy? Apparently mild. Do we have a real sense of how long and how often to prescribe it? It’s not entirely clear. If patients lose response, should we increase the frequency of administration? This could be problematic. Can coming off the drug be problematic? Data suggest that it could be an issue. Taken together, there are more questions than answers with intranasal esketamine, and care should be exercised in its application in clinical practice. Only time will tell how useful it will be. Still, the agent could be helpful to many patients with refractory depression, and efforts to develop rapidly acting agents for severely depressed patients need to be applauded. [Schatzberg, 2019]

Arunogiri, S., Keks, N. A., & Hope, J. (2016). Should ketamine be used for the clinical treatment of depression?. Australasian Psychiatry,

8. A word to the wise about intranasal esketamine.

Schatzberg, A. F. (2019). A word to the wise about intranasal esketamine. American Journal of Psychiatry