The diagnosis and management of early psychosis can pose specific challenges for clinicians.

The presentation of early psychosis is fluid and can encompass a range of symptoms which makes diagnostic categorisation difficult.

On the one hand, it is important that young adults are not misdiagnosed with psychosis while simultaneously recognising that a missed diagnosis can lead to substantial morbidity.

In this article, we summarise the key principles in the assessment and management of First episode psychosis based on the Australian clinical guidelines for early psychosis.

Some of the key features of early psychosis include: 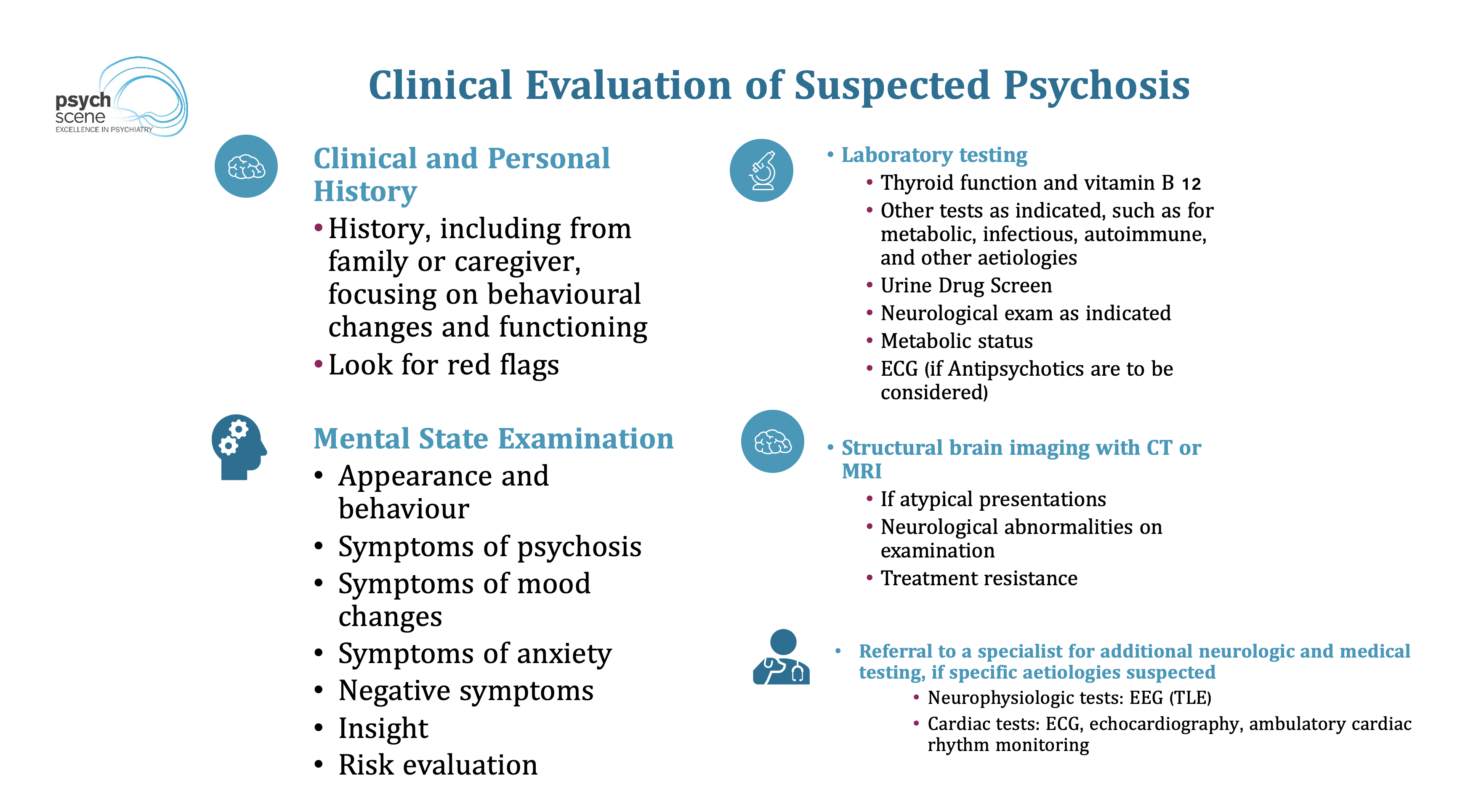 Psychosis refers to symptoms in which there are misinterpretation and misapprehension of the nature of reality:

Read more about the assessment of psychotic symptoms in our article on the mental state examination.

Psychotic symptoms should be distinguished from a psychotic disorder 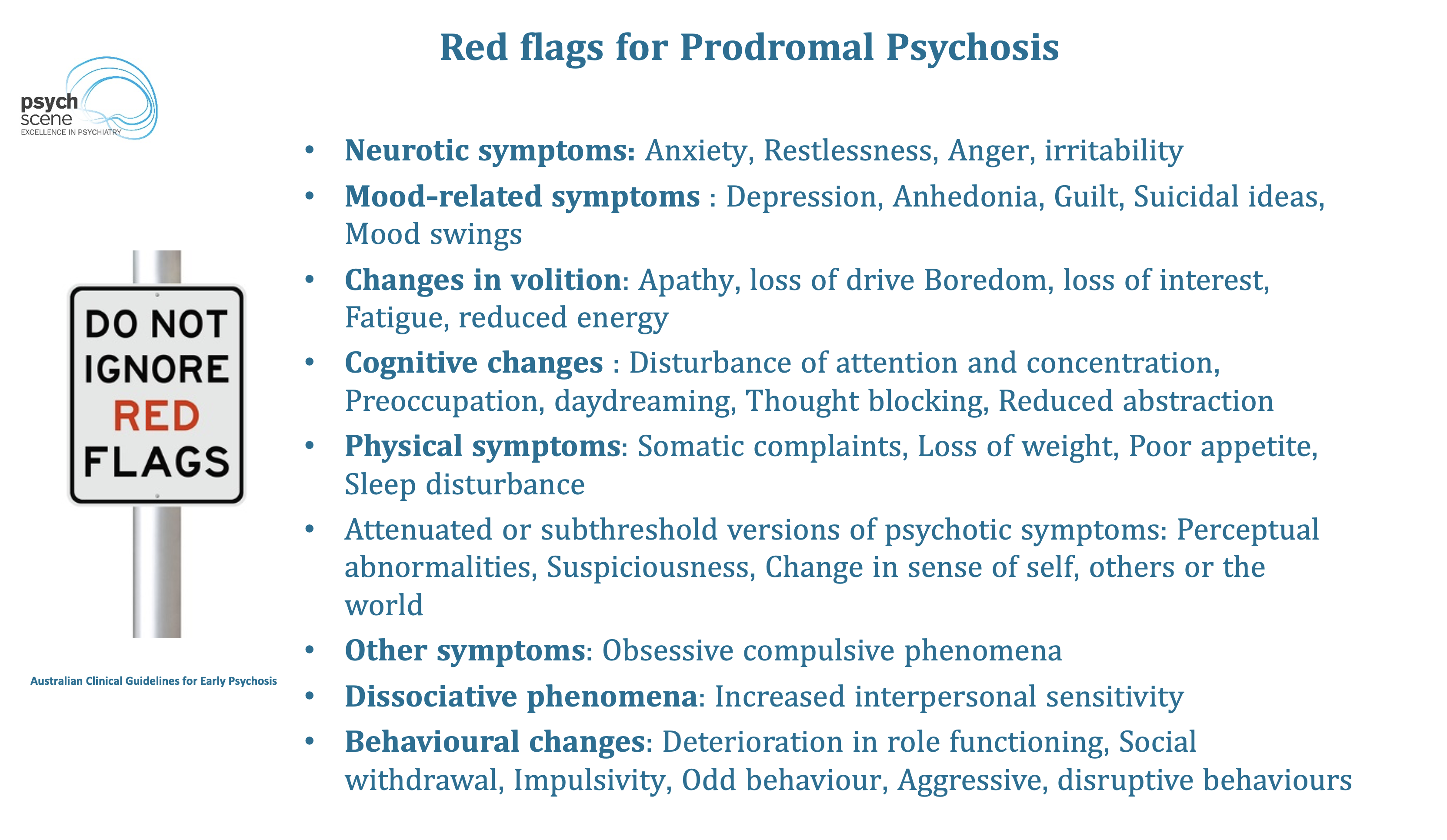 The possibility of psychotic disorder should be considered for anyone who is experiencing an unexplained functional decline. 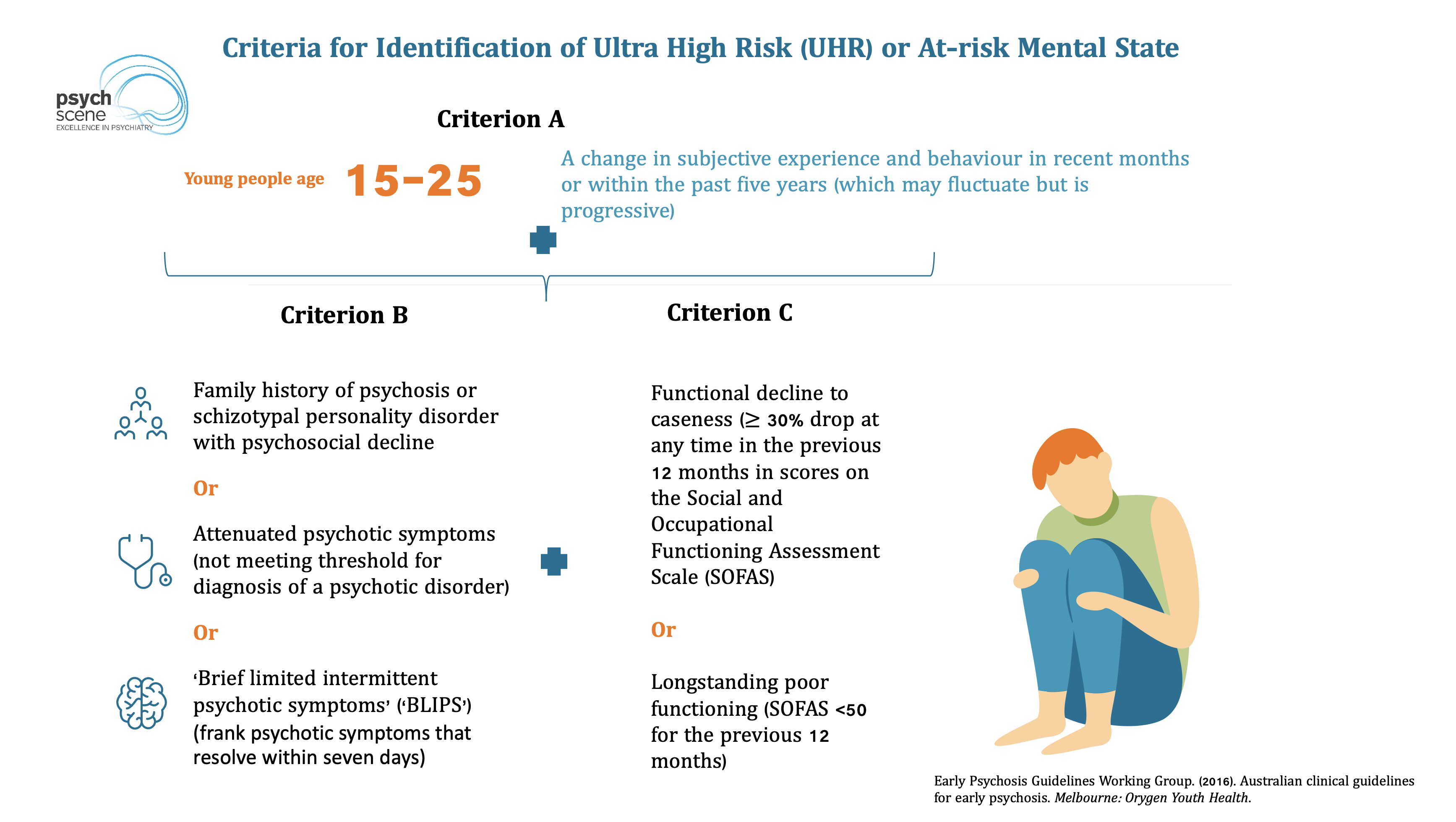 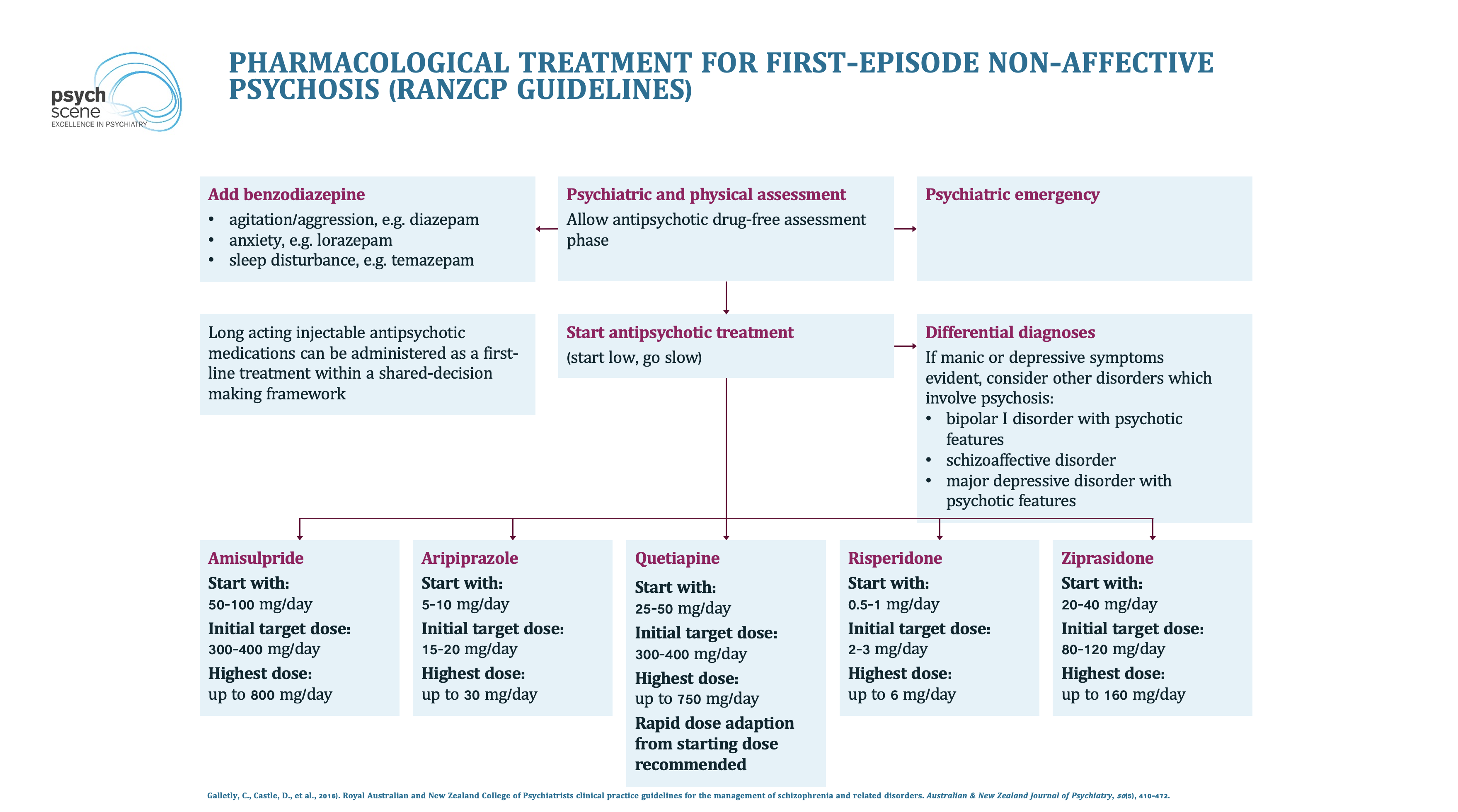 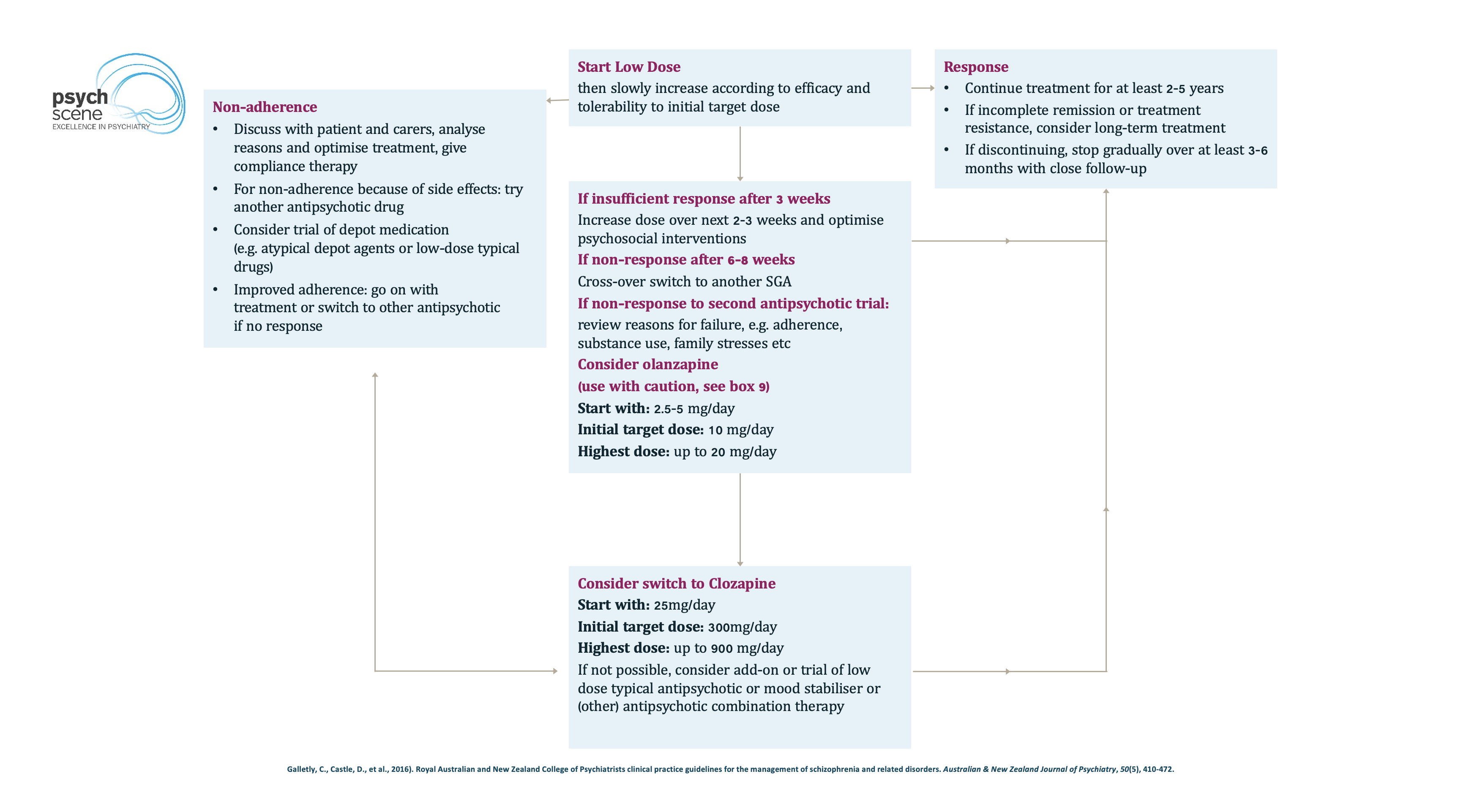 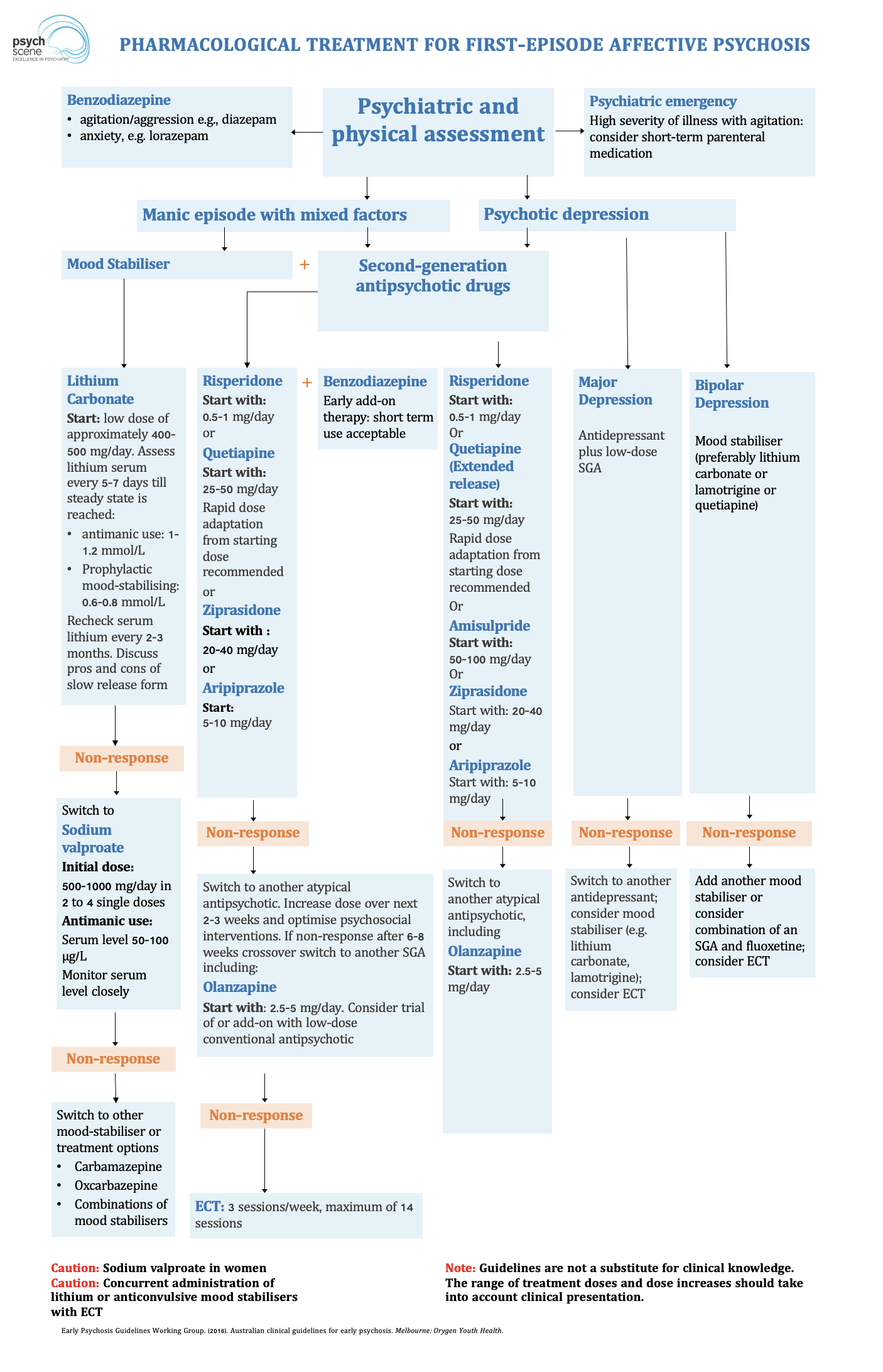 Assessment and management of Extrapyramidal side effects

While there is little evidence to suggest that one SGA is preferable to another in this context, side effect profiles of SGAs vary markedly, and these should be taken into consideration when prescribing antipsychotics to young people.

For example, SGAs with a known propensity to cause weight gain, such as olanzapine should be avoided as first-line pharmacotherapy, while those with the lowest risk of weight gain (e.g., aripiprazole and ziprasidone) should be preferred.

Learn more on the newer agents brexpiprazole and lurasidone which are also considered metabolically friendly.

People with early psychosis should receive treatment in the least restrictive manner possible.

Whenever possible, the location of the initial assessment should be community-based and at a place that is convenient for the person and their family. 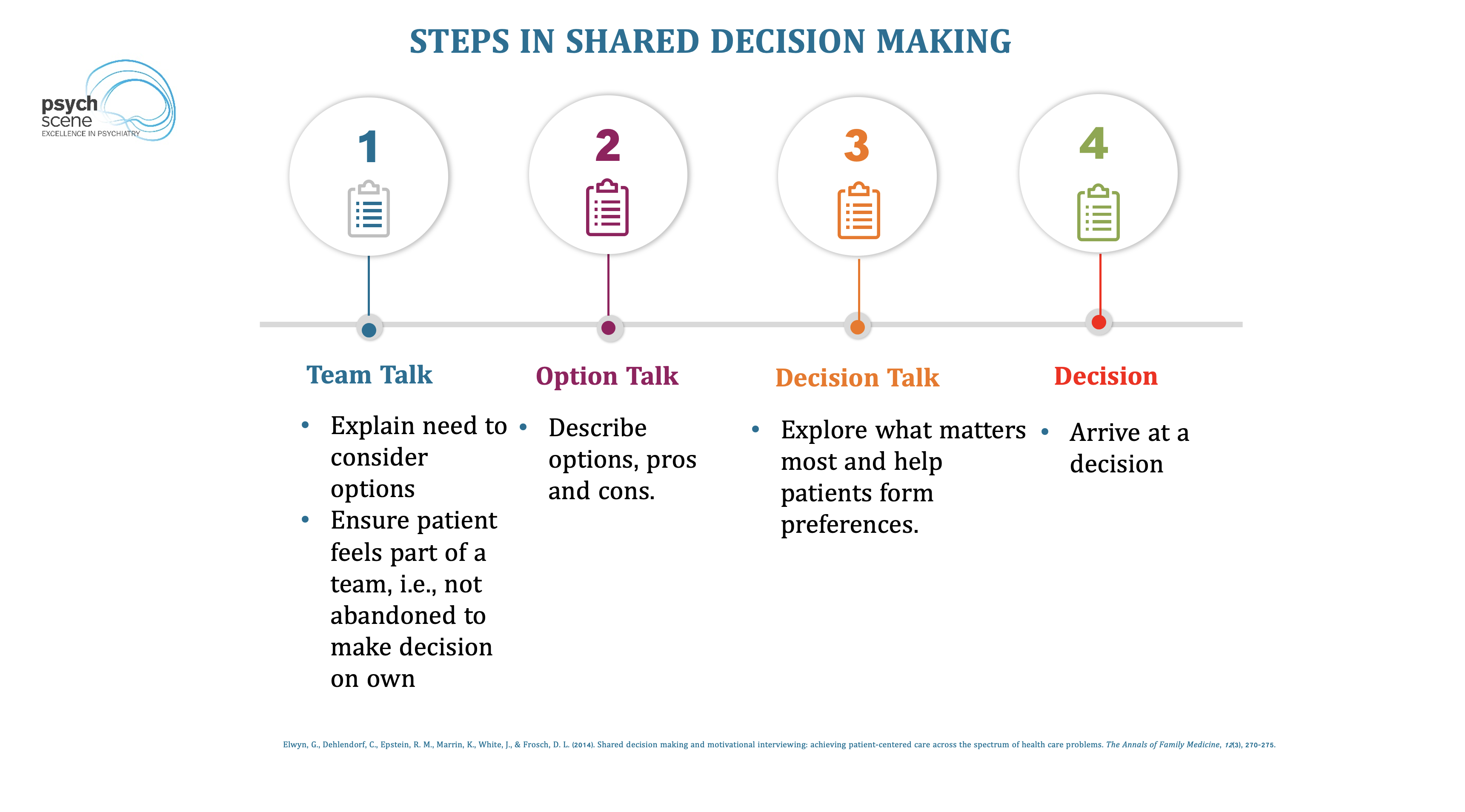 Up to 75% of people with FEP who commit suicide do so in the early recovery phase, usually with a few months of being discharged from an inpatient unit. 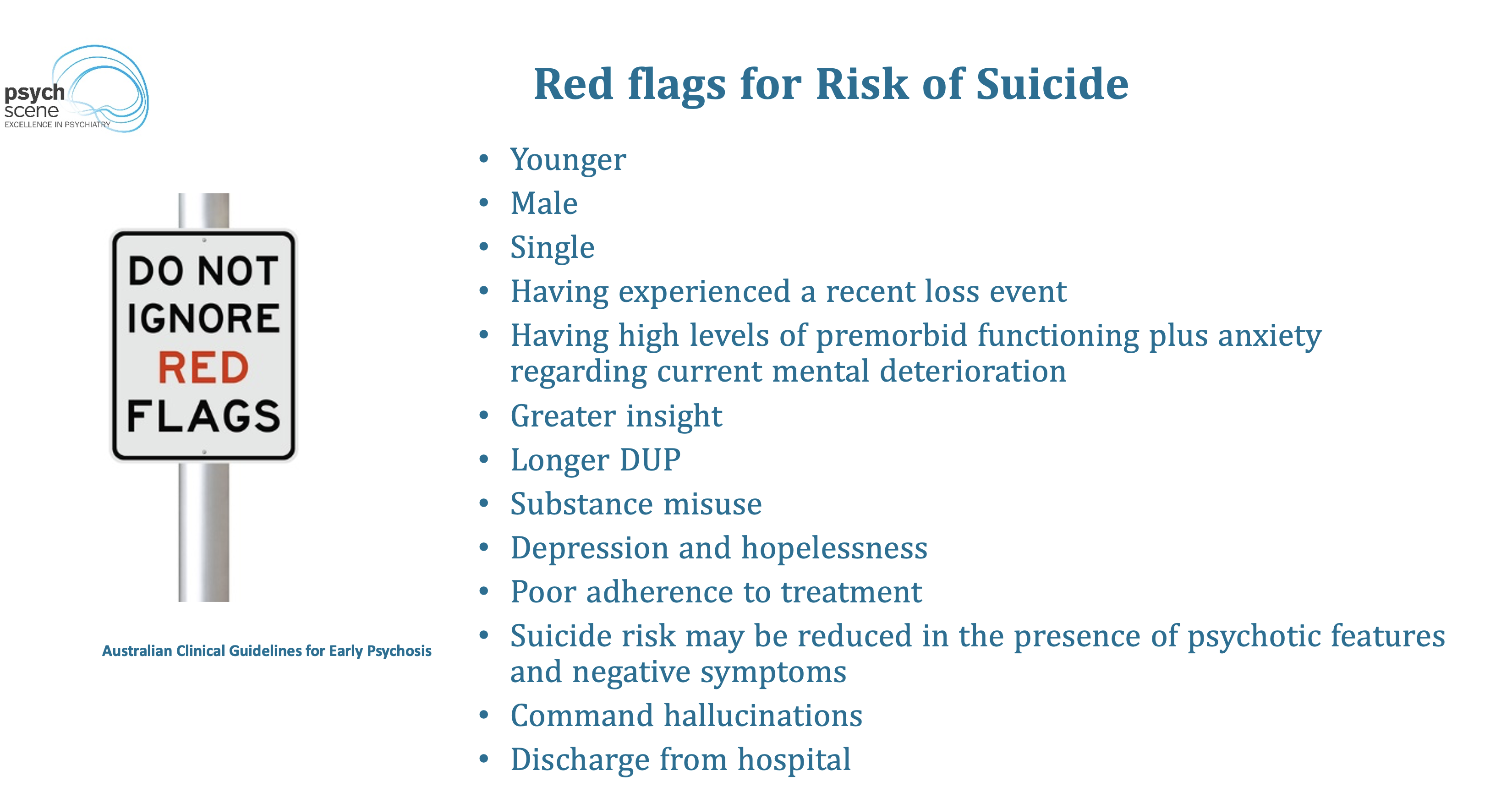 Intensive treatment should be provided during high-risk phases of illness.

SGAs, especially clozapine, may be useful for suicidality. Clozapine and Suicidality