Constipation is a common side effect of clozapine and may cause death if severe. Unlike agranulocytosis and myocarditis, clozapine’s effects on bowel motility are both under-appreciated and under-recognised. The reported incidence of treatment-emergent constipation is 14% based on patients taking clozapine in clinical trials.[Novartis Clozaril package]

However, this may be an underestimate, with the prevalence of  Clozapine induced constipation (CIC) more likely to be 30–60%. [Attard et al., 2019]

Clozapine induced GI hypomotility (CIGH) is more prevalent and affects up to 73% of users; however, self-reporting is low. [Every-Palmer et al., 2020]

CIGH has a higher mortality rate than blood dyscrasias and is more common. Serious CIGH is a medical emergency.

A study that examined all reports of clozapine-induced severe gastrointestinal hypomotility (CIGH) submitted to the Australian Therapeutic Goods Administration, and New Zealand Pharmacovigilance Centre between 1992 and 2013 [A total of 43,132 people commenced clozapine] showed that: [Every-Palmer & Ellis, 2017]

There was no consistent relationship between age, dose, or duration of treatment and the onset of life-threatening CIGH, making it hard to predict which clozapine-treated patients are most at risk of serious CIGH. [Every-Palmer & Ellis, 2017]

At the end of January 2020, the FDA issued a communications statement which [strengthened] an existing warning

That constipation caused by the schizophrenia medicine clozapine can, uncommonly, progress to serious bowel complications. [FDA ]

CIC can occur at any stage of clozapine administration. In contrast to agranulocytosis and myocarditis, where the risk is highest in the first 2 months, the risk for complications from constipation is high throughout the duration of clozapine treatment. [Rege & Lafferty, 2008]

Untreated constipation can lead to severe complications, including ileus, faecal impaction, colonic obstruction, toxic megacolon, bowel ischaemia and necrosis, perforation, and sepsis, all of which can be fatal.  The preva­lence of life‐threatening constipation with clozapine is 0.3%, and case fatality is as high as 28%. [Palmer et al., 2008]

Below is a summary of the key points in Clozapine Induced Constipation developed by Dr Pranav Mahajan: LOOSE STOOL [Original Poster] 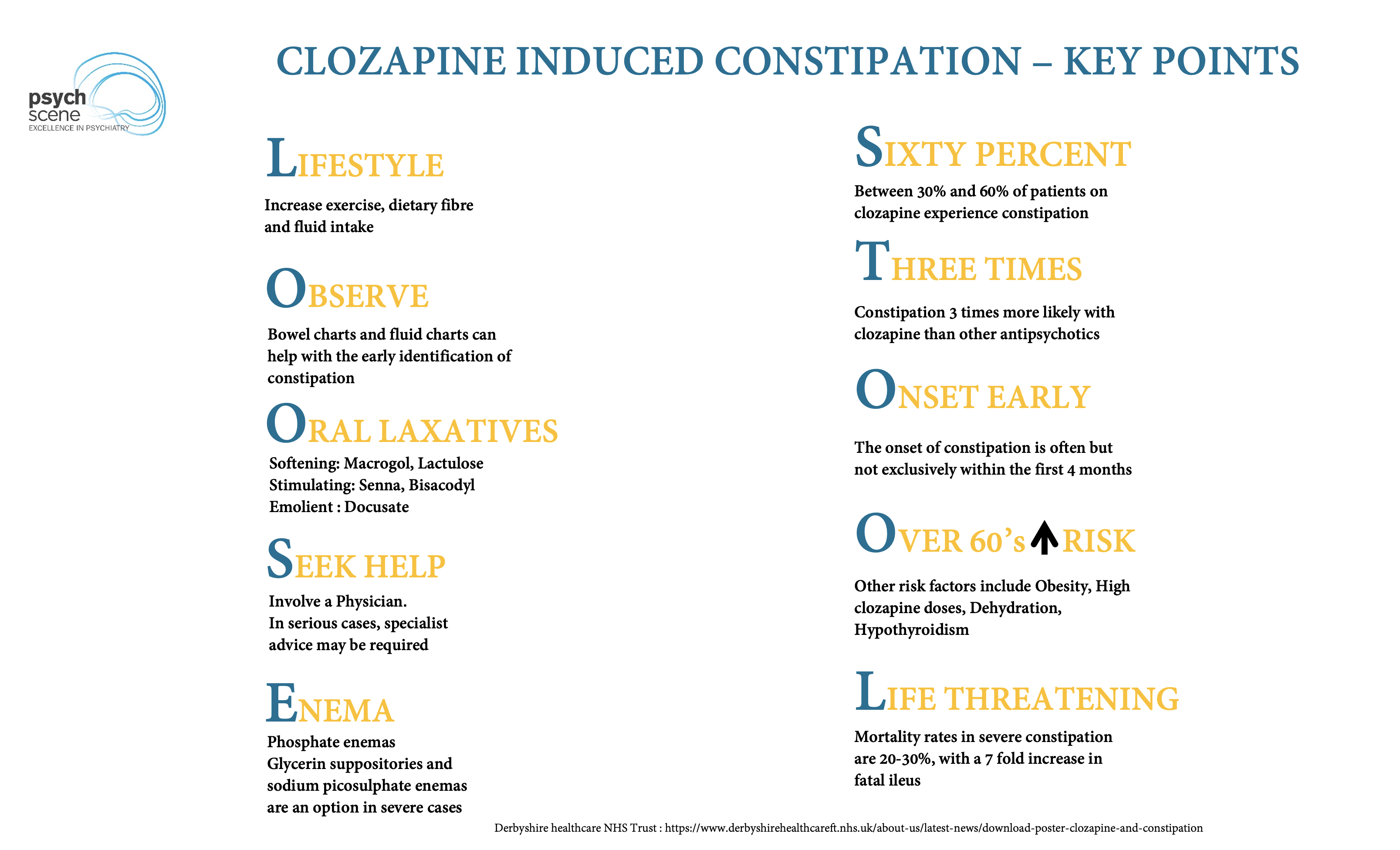 This case is of a 53-year-old Caucasian male who presented with severe abdominal pain and bilious vomiting to the emergency department. There was no melaena or haematemesis. He was diagnosed with schizoaffective disorder of over 10 years and was treated with clozapine 700 mg/day for the past year.

Other medications included olanzapine 10 mg twice a day, lithium carbonate 250 mg twice a day, iron tablets, multivitamins and a proton pump inhibitor which he had been taking for over 3 years. [Rege & Lafferty, 2008]

He lived in a group home, and the staff reported him as stable and compliant with medications.

The patient had complained of abdominal pain and constipation on one occasion in the past. He was treated by a physician but did not receive ongoing treatment.

On examination in the emergency department, the patient was drowsy, sweaty, afebrile, tachycardic and hypotensive. The abdomen was distended, and the patient had severe generalised abdominal pain.

His vomitus was bilious and had an offensive odour. His investigations revealed a raised white cell count with normal urea, electrolytes and liver function tests.

The patient has several red flags (covered later), which would prompt immediate referral to the emergency department.

In some cases, the examination may be unremarkable, so clinicians should have a high index of suspicion.

Any abdominal pain/discomfort lasting over an hour should prompt further detailed history.

The abdominal x-ray revealed multiple fluid levels and faecal loading, mainly in his large bowel. The computed tomography scan similarly showed that his transverse and descending colon was loaded with faeces until the rectum, with resultant small bowel dilatation. There was no evidence of mechanical obstruction. He was diagnosed with sepsis due to faecal impaction. 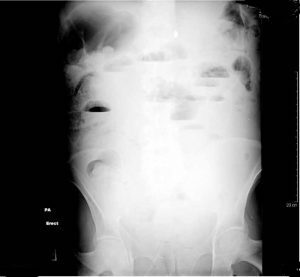 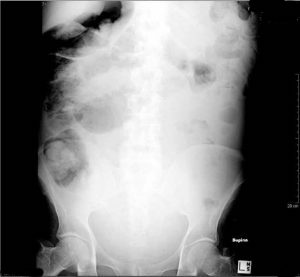 Olanzapine and lithium were gradually re-introduced after 10 days as the patient showed signs of a relapse of their schizoaffective disorder.

The illness management was challenging because of a fluctuating mental state, with elevated mood and flight of ideas interspersed with episodes of delirium. No organic cause for his delirium was found. However, sepsis was deemed a possible contributing factor in light of his raised white cell counts.

The delirium gradually subsided over a week, but the patient continued to be elevated in mood, with flight of ideas and pressured speech.

Clozapine was gradually re-introduced and increased to a dose of 350 mg/day in two divided doses. In addition, lactulose and docusate sodium (coloxyl with senna) were prescribed concurrently in liaison with a gastroenterologist.

Three weeks after the commencement of clozapine with concurrent laxative administration, the patient developed a further episode of severe constipation with faecal impaction. The clozapine was ceased.

His normal bowel movements resumed after several fleet enemas. He was commenced on risperidone 2 mg once a day. The patient continues to be thought-disordered with elevated mood. He requires a weekly fleet enema.

In another case of severe constipation with clozapine not responding to enemas and osmotic, stimulant and emollient laxatives, prucalopride was successfully used by the author in conjunction with a physician.  Subsequently, the patient remains on docusate and senna as a prophylactic agent.

Informed consent was obtained from the patient and his family to publish this report. All identifying information has been removed to protect patient confidentiality.

Clozapine is associated with the highest risk of causing con­stipation amongst antipsychotics. Patients are three times more likely to be constipated when treated with clozapine than other antipsychotics [Taylor et al., 2020].

The aetiology of clozapine-induced GI hypomotility and constipation is multifactorial :

Risk Factors for Constipation with Clozapine:

Longer duration of clozapine treatment and clozapine dose has been linked to constipation, but the literature is conflicting. The odds ratio of a fatal outcome increased by 1.21 (95% CI 1.02–1.44) for every 2 years on clozapine.[Every-Palmer & Ellis, 2017]

In clozapine-associated constipation, death can result from two main mechanisms.

1. History of bowel habits before the onset of constipation. 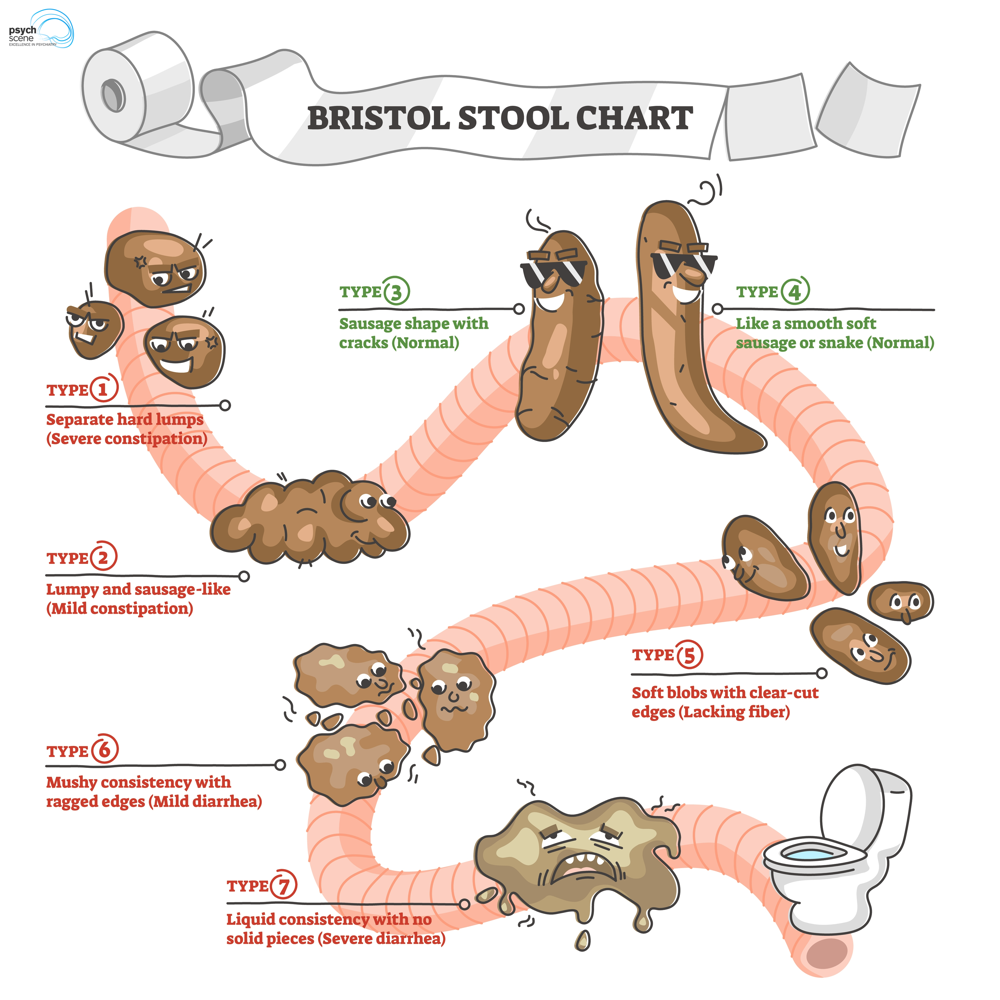 Moderate to severe abdominal pain lasting over an hour

Any abdominal pain/discomfort lasting over an hour

Any one or more of the following:

The above should prompt an urgent referral for emergency treatment.

Medications that increase the risk of constipation:

Digital rectal exam­ination may be performed to identify a faecally loaded rectum, masses, abnormal sphincter function (ask the patient to squeeze during examination), blood in stool, or fissures/haemorrhoids.

We challenge the status quo of reserving laxative use for those patients with identified or reported clozapine-induced constipation. Given the prevalence of clozapine-induced constipation and the high mortality rate associated with this side-effect, we are of the view that it is ethically sound to present an alternative: prophylactic use of laxatives throughout the patient’s entire treatment with clozapine. We recommend review of regular laxatives only if diarrhoea develops or a change in frequency of bowel movements necessitates their withdrawal. [Attard et al., 2019]

We combine the algorithms in the diagram below to provide an algorithm that can be used clinically. 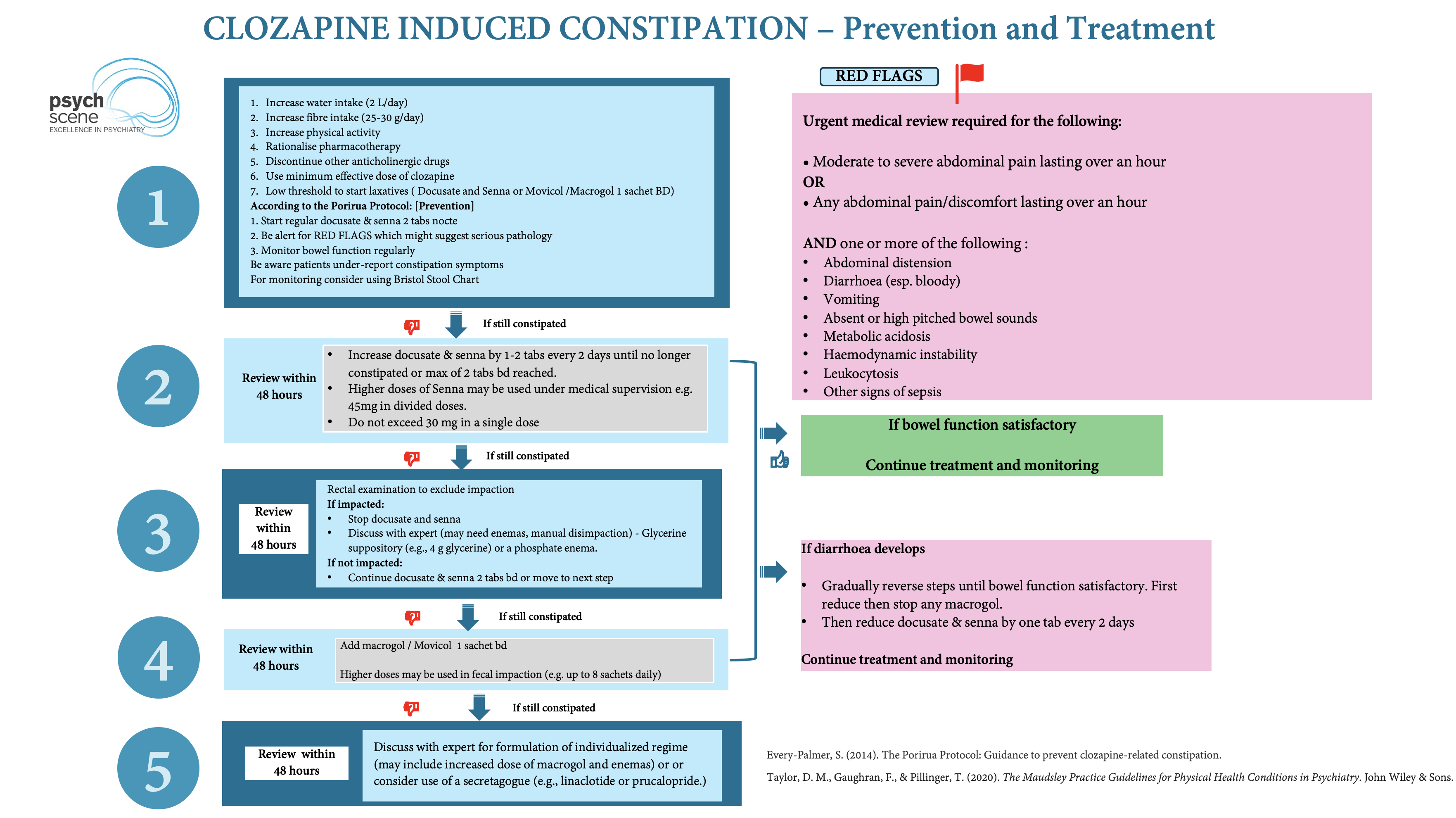 Where constipation occurs during clozapine initiation, a slow titration is recommended and use of the minimum effective dose (colonic transit times correlate with plasma clozapine levels). [Every‐Palmer et al., 2017]

Bulk‐forming laxatives are not effective in slow‐transit constipation and should therefore be avoided.  In contrast, stimulant laxatives such as Senna (7.5-15 mg) should be used early.

Others:
While the long term use of emollient and osmotic laxatives is considered safe, there were initial concerns about the chronic use of stimulant laxatives (e.g Senna). Recent evidence suggests that these risks have been overstated and long term use is justified in patients on clozapine with monitoring for bowel habit change and ceasing if the patient develops diarrhoea. [Attard et al., 2019]

Constipation can be a serious side effect of clozapine and, if unrecognised or untreated, can lead to death. Psychiatrists should be proactive in asking about side effects such as constipation.

Similarly, general practitioners, physicians and surgeons need to be familiar with the seriousness of clozapine-induced constipation and bring it to the attention of the treating psychiatrist.

Clozapine serves our patients well but both patients and clinicians need to be vigilant about its side effects and it is our role to educate patients in this regard.

Clozapine: why wait to start a laxative?

Pain Insensitivity in Schizophrenia: A Neglected Phenomenon and Some Implications

Practice Guidelines for the Management of Constipation in Adults

The Porirua Protocol in the Treatment of Clozapine-Induced Gastrointestinal Hypomotility and Constipation: A Pre- and Post-Treatment Study

Lubiprostone for treatment-resistant constipation associated with clozapine use