Psychotic experiences are experiences involving thoughts, mood and perceptions. Abnormalities in these domains can give rise to persecutory delusions, auditory hallucinations and affective dysregulation.

During a psychotic episode, there is an inappropriate engagement of the brain’s fear system, which results in a person having difficulty in separating threats from conscious awareness. This is known as persecutory delusion and can occur in a number of different mental disorders, such as schizophrenia and bipolar disorder.

At present, treatment options include pharmacotherapy, education and cognitive behavioural therapy (CBT). However, studies have shown that relapse is common and many psychotic symptoms can persevere over time. Therefore, patient assessments, differential diagnoses, and long-term treatments need better guidance to ensure a more consistent pathway to recovery.

Evidence shows that talking therapies can reduce the distress associated with psychotic thoughts and can dramatically improve a patient’s wellbeing and quality of life. CBT in particular gives patients the opportunity to reframe their thinking around unusual perceptions and paranoid thoughts.

Therefore, the aim of a recently published study in Translational Psychiatry was to determine whether CBT could cause functional connectivity changes in patients with psychosis and whether it would be possible to predict the long-term functional outcome of therapy based on the connectivity differences observed. 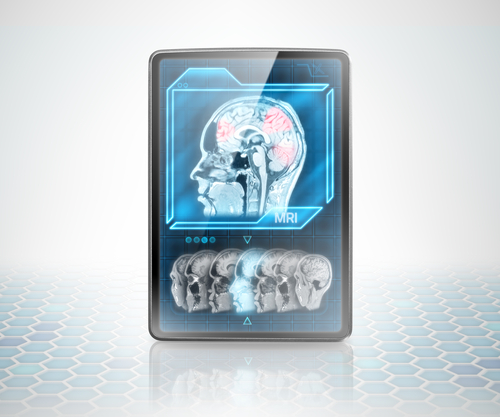 This longitudinal study involved 56 outpatients (54 with paranoid schizophrenia and 2 with schizoaffective disorder) who had no history of head injuries or neurological conditions. All patients were on a stable dose of antipsychotics and had been for over 2 years.

The patients were equally divided into two groups with one group given treatment as usual and the second group was given additional CBT sessions. Patients underwent functional MRI (fMRI) imaging to assess how they processed black and white images of facial expressions such as fear, anger, or happiness.

Patients underwent fMRI imaging during exposure to facial expression images before and after 6 months of CBT. Using monthly measures over 8 years, patients were analysed to determine their level of recovery and their mental wellbeing.

Functional MRI was used to determine what brain regions were activated upon viewing individual facial expression when compared to non-face control stimuli.  Of interest was the visual, limbic, temporoparietal, prefrontal cortex, insula, and cerebellum regions.

Baseline measurements using fMRI showed that by using facial expression stimuli there was increased activation of connections in the prefrontal brain region and this connectivity was associated with psychotic symptoms.

After 6 months of CBT sessions, there was greater connectivity between the dorsolateral prefrontal cortex and the amygdala. This heightened connectivity was associated with a reduction in threat processing when viewing different facial expressions.

At the 8-year follow-up, functional MRI showed that the initial 6 months of CBT for psychosis induced greater connectivity between the dorsolateral prefrontal cortex and postcentral gyrus in the parietal lobe. This increased connectivity was associated with an average 93.5% of the 8-year period in either full or partial remission from psychotic symptoms. 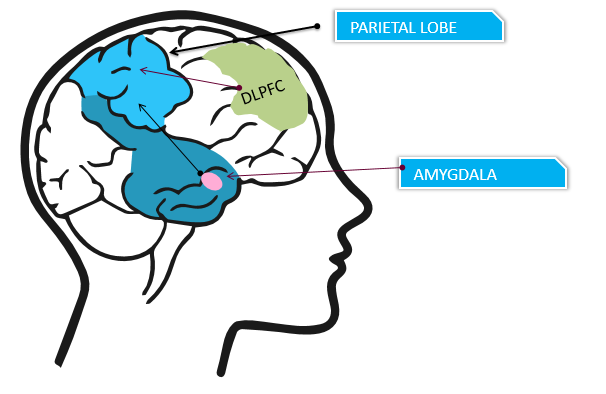 Greater connectivity between the dorsolateral prefrontal cortex and postcentral gyrus in the parietal lobe was associated with either full or partial remission from psychotic symptoms. Increased connectivity between the amygdala and the inferior parietal lobule was associated with reductions in affective symptoms when processing social threat symptoms.

This study used neuroimaging to further our understanding of the psychobiological processes responsible for episodes of psychosis. Observations of neural reorganisation provided researchers with the ability to predict the long-term outcomes of treatment as well as a better means to evaluating treatment efficacy.

Neuroimaging showed that 6 months of CBT was associated with a remodelling in specific social-affect connections, which increased the patient’s ability to reconsider a potential social threat and then cognitively regulate psychotic and affective symptoms.

WHAT ARE THE LIMITATIONS OF THE STUDY?

As with all research, bias can have an important effect on the results.

This study had a high attrition rate i.e., dropouts, reducing the power of the study. This makes the study susceptible to a type II error.

The study uses techniques which are not commonplace in clinical practice (e.g., facial affective processing task). Hence it is difficult to generalise the results of the study to clinical practice.

The study shows an association but not causality, i.e., it does not prove that CBT causes changes in brain connectivity. These changes may be non-specific to CBT. The authors also state that medication that CBT completers received is likely also to have formed an important part of their overall recovery.

This research is important because pharmacotherapy is the mainstay of treatment in psychosis. If CBT can cause observable neural connectivity changes then perhaps the future could hold tailored psychosis treatments with more predictable outcomes.

However, at present, the practicality and economic viability of routine fMRI imaging is nearly impossible in most clinical settings. Instead, what may be viable is if researchers can determine what behavioural cues correlate with CBT-induced neural changes that then develop into a more favourable prognosis.

This research demonstrates that brain connectivity changes may be associated with psychotherapy and these changes may be responsible for long-term recovery from mental illness.