In a proof-of-principle study, psychologists and computer scientists at Columbia University Medical Center and IBM T.J. Watson Research Center have developed a sophisticated speech analysis program to predict unusual language and tangential thinking associated with psychosis. Psychotic episodes are reliable markers for the development of serious mental illnesses, such as schizophrenia, and therefore these findings could provide an opportunity for early clinical intervention. 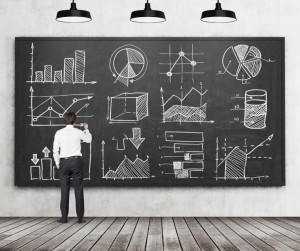 About 1% of the population between the ages of 14 and 27 are classified as clinical high-risk (CHR) for developing psychosis. Speech provides an open window into the human mind and gives scientists and doctor’s an opportunity to study their thoughts and feelings. To do this, the process involves a computerized diagnostic test that analyses speech semantics (meaning) and syntactics (structure). Current methods rely on clinical psychiatrists to recognize and determine how disorganized the thought patterns are of CHR individuals.

An automated speech analysis test was used on the semantic and syntactic content of interview transcripts from 34 young adults. Individuals had previously been identified as seeking help and had been classified as CHR. During an open-ended narrative, participants were interviewed for approximately 1 hour and were asked to describe the changes they had experienced in life as well as how they anticipated their immediate future.

Speech analyses used a novel combination of semantic coherence and syntactic assays as precursors of developing schizophrenia. Transcripts were split into sentences and phrases, with each word represented by a vector that was used to calculate semantic coherence, complexity of speech and phrase lengths.

Of the 34 participants, five developed schizophrenia within 30 months (time to psychosis was 3, 4, 8, 12 and 16 months). The speech pattern analysis program was able to discriminate between those who transitioned to psychosis, and those who didn’t, with 100% accuracy. The results showed that the program was able to identify the use of shorter less-complex phrases that also included semantic discrepancies. Importantly, this classification significantly outperforms current methods of psychological ratings given by expert clinical opinion.

As a proof-of-principle study, this speech analysis program could accurately predict an individuals’ transition to psychosis. Quantification of disorganized thoughts, as precursors of psychosis, could lead to earlier diagnosis and the possibility of preventing future development of serious mental illnesses. However, given this was a small sample size, a larger study of CHR individuals—in conjunction with neuroimaging techniques—is required to verify this procedure.

This study shows that this is a reliable early identification method of a severe mental disorder that will hopefully serve to increase early intervention. In addition, automated programs are fast and cheap and could reveal further information on what treatment and prognostic decisions clinicians should make. As a direct and objective measure, automated speech analysis could also support the use of advanced patient assessment systems to help characterize complex human behaviors as well as the mapping of phenotypically similar psychiatric disorders.

Current methods use self-reporting that requires patient motivation and a certain ability to report introspective experiences. These methods are often unreliable and inaccurate as they can be clouded or influenced by psychiatric illness.

Prognostic prediction by automated speech pattern analysis outperformed standard psychiatric tests and presents an opportunity to be more objective than current clinical opinion and self-reporting methods. These are the fascinating initial stages of using emerging computer science techniques to characterize and predict human behavior in the context of psychiatric health and illness.