Bupropion [Zyban], [Wellbutrin] is classed as an atypical antidepressant due to its activity as a norepinephrine–dopamine reuptake inhibitor and a nicotinic receptor antagonist. Bupropion is an aminoketone antidepressant approved to treat depression, seasonal affective disorder, and smoking cessation.

However, bupropion’s manufacturers GlaxoSmithKline had been fined for the unapproved promotion of Bupropion for sexual dysfunction and weight loss. [Article]

MECHANISM OF ACTION OF BUPROPION

The mechanism of action is also uniquely different to other antidepressants. It enhances monoaminergic neurotransmission not through binding to pre-or post-synaptic serotonin receptors but by reducing the reuptake of dopamine and norepinephrine. [Ascher et al. 1995] 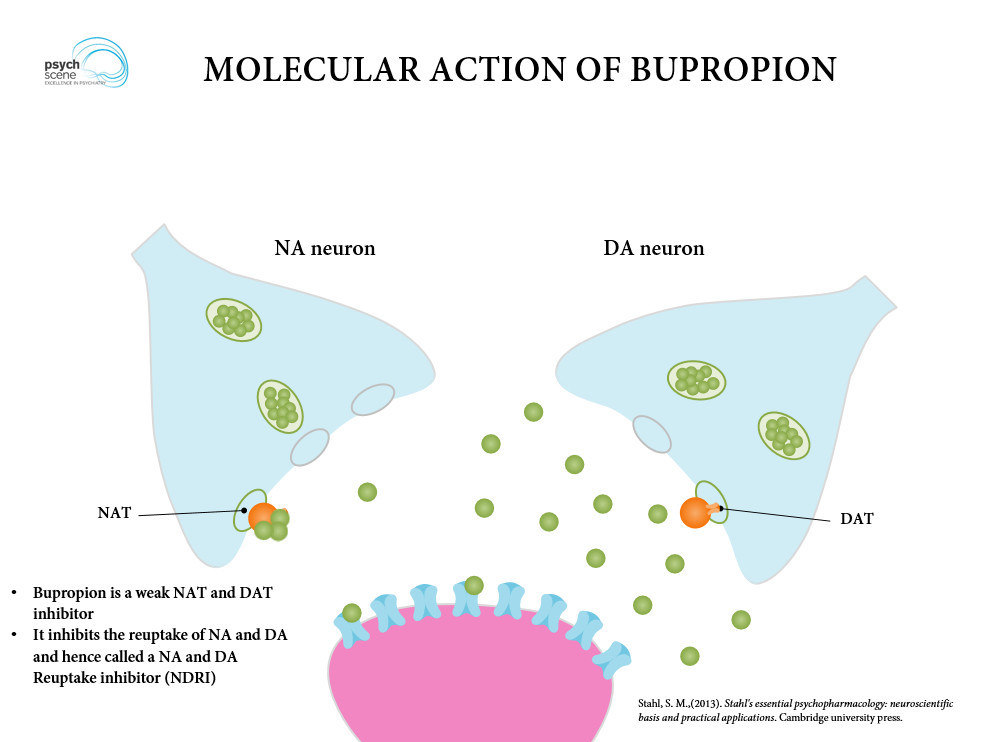 PHARMACOKINETICS AND INTERACTIONS OF BUPROPION 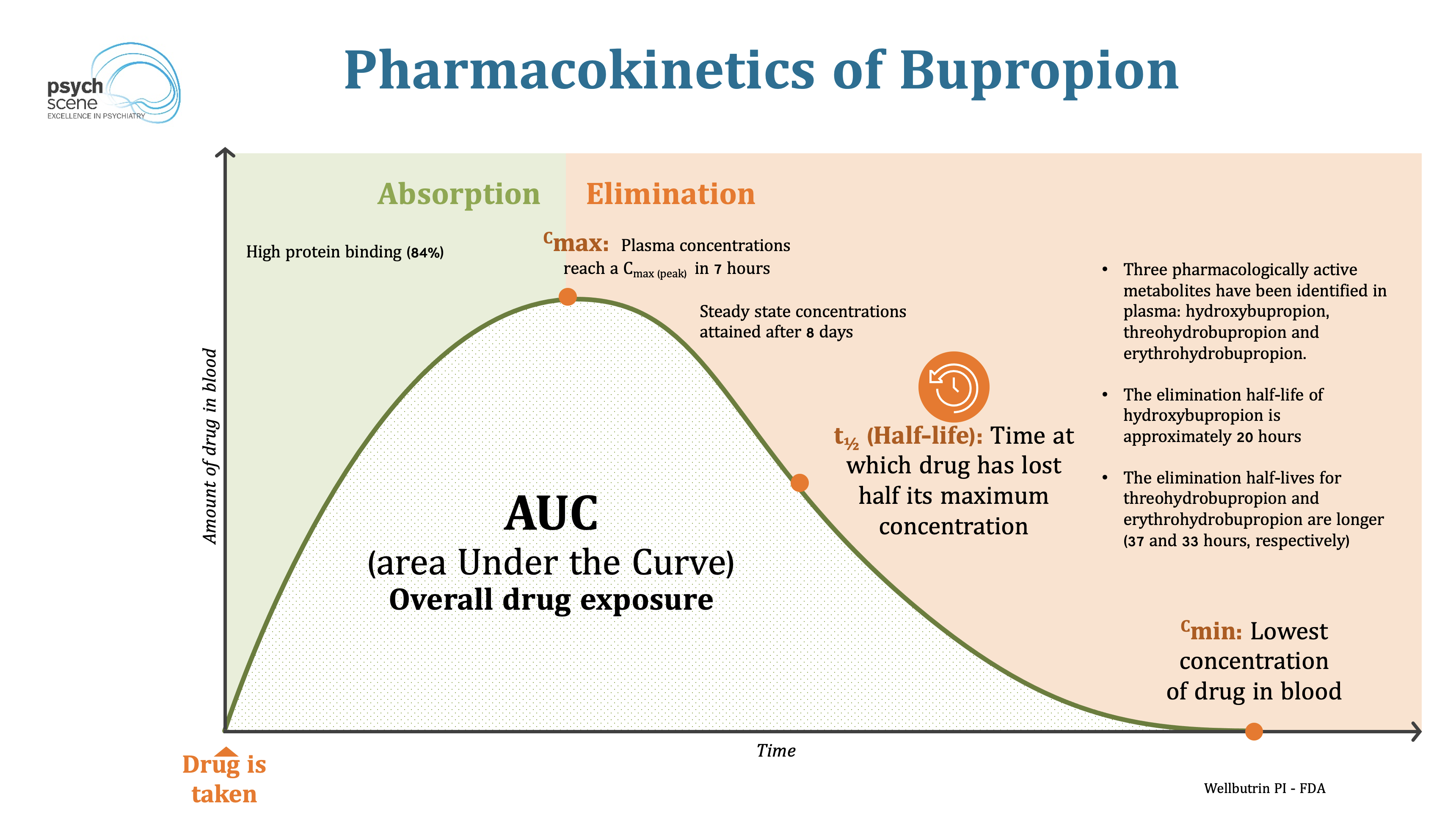 Furthermore, bupropion and hydroxybupropion are inhibitors of CYP2D6. Therefore, drugs metabolized by this isoenzyme should be used with caution, i.e., they should be administered at the lower end of the dose range.

Immediate release is best dosed three times a day; SR twice a day and XL once a day.

The most common side effect of bupropion treatment is agitation, which is also the primary reason for discontinuation.

Bupropion also comes with a boxed warning for serious neuropsychiatric symptoms and suicide risk in those who are using bupropion for smoking cessation. This includes changes in mood, psychosis, hallucinations, paranoia, delusions, homicidal ideation, and suicidal ideation. These symptoms have been reported in patients with and without a pre-existing psychiatric disease.

Patients with hepatic and renal impairment have a greater risk of adverse effects due to drug and metabolite accumulation and should consider a reduced frequency and/or dose reduction. Finally, bupropion also comes with several other precautions:

A study published in the New England Journal of Medicine in January 2021 reported the results of a multisite RCT investigating the use of oral extended-release (XL) bupropion (450 mg/day) and injectable naltrexone (380 mg every 3 weeks) for methamphetamine use disorder. [Trivedi et al. 2021]

Bupropion is an antidepressant with a unique but not fully understood mechanism of action as a norepinephrine–dopamine reuptake inhibitor.

It is frequently prescribed for depression, seasonal affective disorder, and smoking cessation and has several advantages over other antidepressants, particularly where weight gain or sexual dysfunction are significant problems.