The first description of an autoimmune disease affecting the brain was provided by William Osler in 1895 where he described the occurrence of psychosis in SLE. It hasn’t been until more recently that this hypothesis has gathered some momentum in neurology and psychiatry.

WHY IS IT IMPORTANT? 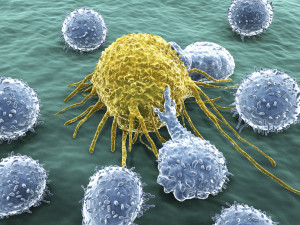 Missing an autoimmune disease masquerading as a psychiatric disorder can have devastating consequences and in some cases, be fatal. The stark reality of missing such immune manifestations affecting the brain is highlighted in this article .

The journalist Susannah Cahalan (see video below) brought this phenomenon to worldwide attention in her book “Brain on Fire”  through her first hand experience of anti-NMDA encephalitis that was misdiagnosed as bipolar disorder and schizoaffective disorder until a physician suspected an organic cause by taking a careful history and carrying out a clock drawing test which led to further investigations which subsequently picked up the disorder.

WHAT SHOULD PSYCHIATRISTS KNOW ABOUT AUTOIMMUNE DISORDERS?

The brain in most cases is protected by a blood brain barrier that prevent systemic (body related) immune activity from affecting the brain however this barrier is not full proof and can be overwhelmed by a range of mechanisms.

2. Microglial cells are the first line of defense in the brain just like the T cells in the body. Microglial activation is an important component of innate immunity serving to protect the CNS from harmful stimuli.

However, under some poorly understood circumstances, microglia can become overactivated and cause neurotoxicity and neurodegeneration. Two such postulated signals are environmental toxins and neuronal damage-released damage associated molecular patterns (DAMPs) recognizable by microglial receptors. This innate immune response can be further amplified by a breakdown in the BBB.

3. The inflamed brain provides a conducive environment for B cell survival and proliferation resulting in the production of antibodies. B cells are known to cross the CNS and can initiate an autoimmune response against endogenous and exogenous ligands.

You can read and hear more about neuroinflammation here.

WHICH AUTOIMMUNE DISORDERS SHOULD PSYCHIATRISTS BE AWARE OF?

Three Disorders for psychiatrists to be on the lookout for are: 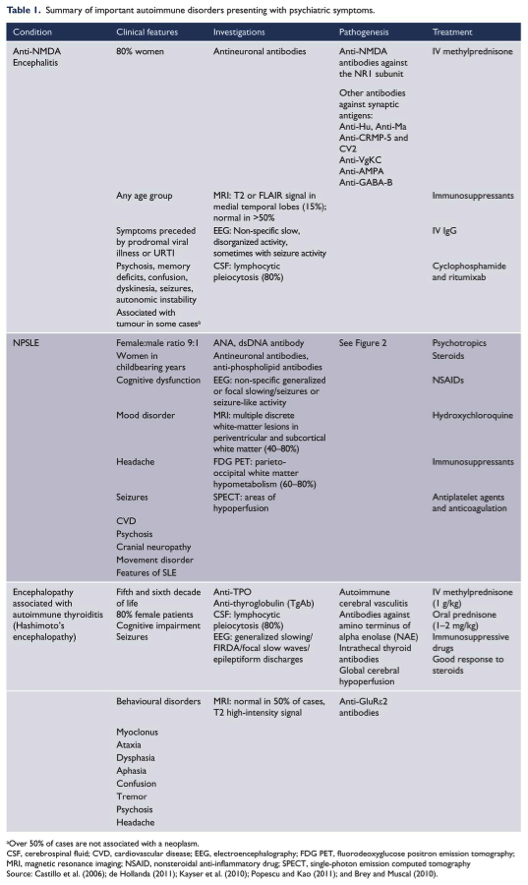 Not all of these disorders present as dramatically and overtly as the one described in the video. Prodromal cases or milder cases (formes frustes) may continue to be treated as psychiatric disorders and hence a high index of suspicion is required to spot these disorders.

Below is a table that clinicians can use to increase their pick up or suspicion of autoimmune diseases. The table highlights that a medical examination and medical history is an essential part of psychiatric evaluation. 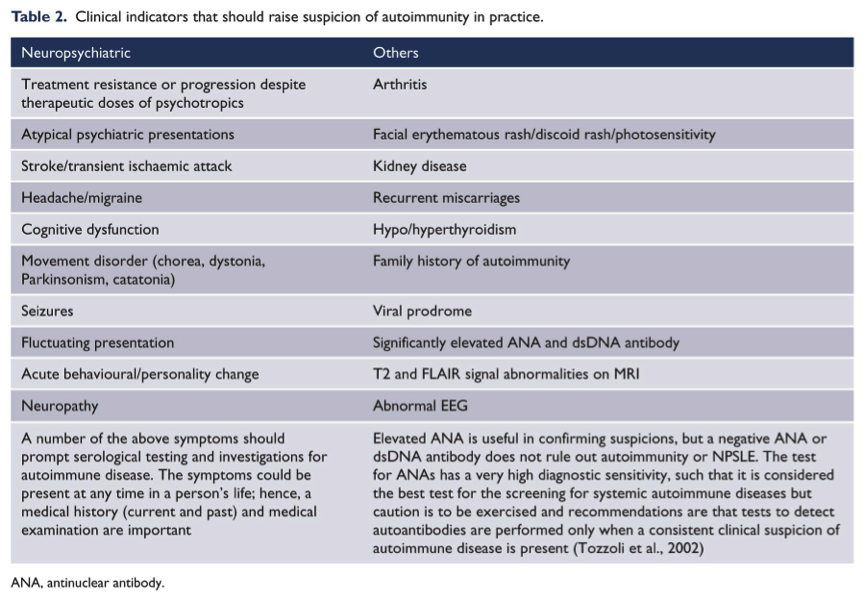 The above images are from the published article in ANZJP. The full pdf can be downloaded here.  We hope that this article is of value to mental health professionals and would like to hear your feedback. Have you come across such cases in your clinical practice?

Here is a case of a young female presenting with mania due to an autoimmune mechanism.

Want to learn more? Click here for other interesting articles in our neuroimmunology section.

Immune dysregulation and autoimmunity in bipolar disorder: Synthesis of the evidence and its clinical application